Bonzai: No, not the tree 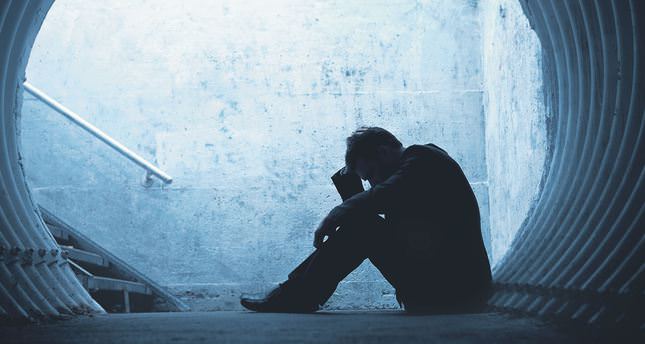 While there is no end to the means people use for getting high, a new monstrosity seems to have engulfed the youth of Turkey, a chemically enhanced drug called Bonzai. While the street name for the drug in Turkey is Bonzai, the world better knows it as phenazepam.

Considering it is still a relatively new drug, many countries have yet to take effective actions against it. Nevertheless, lawmakers around the world are starting to take notice and work against the usage and distribution of phenazepam.

Dealers claim that Bonzai is quite similar to cannabis, more commonly known as marijuana, and that it is completely herbal. This, however, can't be
further from the truth since phenazepam is a highly chemical drug that is sometimes used to treat several neurological disorders. Since it is known in Turkey with a different name - and that name happens to be that of an ornamental tree - many still believe that Bonzai is quite harmless.

One of the main reasons that Bonzai is still perceived as a herbal drug is that many countries still haven't completely banned it. In the U.S., a total federal ban is still not in place as long as the manufacturers slap a "not for human consumption" sticker on it. While this loophole appears to be aiding the distribution of the drug, individual states usually ban them as they appear with different names. The U.K. also banned the drug on June 13, 2012 and categorized it as a Class C drug. In Turkey it was classified as a recreational drug and banned in 2011. Phenazepam was first produced in the Soviet Union in 1974 and is still sold as a prescription medication in Russia. One of the biggest problems we face today in the usage of the Bonzai is not the drug itself. Since it has become widely known and used, many illegal organizations started to build their own manufacturing plants. This adds another unforeseen side effect and danger to the ones that already exist.

These were the cold facts. But when we look at the parts of town where Bonzai is roaming free, we can witness a tragedy unlike ever seen before. During the initial approach of the media, the news was filled with the locations where one could find the drug, which only served to create even more problems. Addicts and addicts-to-be had the two main pieces of information to jump on the new bandwagon: "Where?" and "How much?"

With this dangerous information at hand, the younger population especially started to delve into the endless void of drug abuse. When observing the addicts we can see that concentration is first to go, which is usually followed by memory. Since it is considered to be the "poor man's heroin," even children as young as 10 years old can be under the influence. When we look at a case where a grown man without family ties is under the influence the immediate tragedy is limited to that one person. But when a child is concerned a horrible disaster strikes the parents, which leads them to an enormous amount of guilt. The worst part is not knowing whether he/she actually uses the drug or not.

Similar incidents happened to an acquaintance of mine; he suspects that his little brother is using this drug but has failed to prove it. He shared his suspicion with their parents but they too were torn between confronting his little brother and seeking professional help. This is a slippery slope indeed. The highly addictive drug that is quickly becoming an epidemic in Turkey has detrimental effects on the user and its family. Side-effects such as paralysis, impaired vision, delusion, paranoia, heart failure and uncontrollable bleeding amongst the few known effects as it is still difficult to measure the impact of the drug in its entirety.

This is the parents' dilemma: They think in the long nights, what if they had moved when they realized their neighborhood was no good? What if they took their child to a hospital or the police with the first signs of irrational behavior, such as excessive spending? These "What if?" questions can only serve to lead to more severe consequences, I am afraid.

So I urge everyone to take action in battling and preventing this horrible drug, whether they are a member of an NGO, the police or even a simple parent concerned with the welfare of their children.