A woman with a past 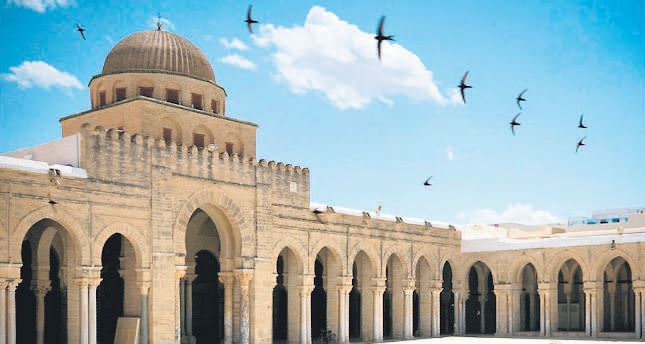 Fatima al-Fihri, a Muslim woman activist from the annals of history has been reintroduced to inspire future generations

FSTC, an NGO which supports activities like the 1001 Muslim Inventions books and exhibitions, Muslim Heritage and Curriculum Enrichment for the Future (CE4tF), has been keen to bring these historical personages, who are missing from the typical curriculum, back into the history classroom and people's consciousness. In Turkey the MWHH group is concentrating on women with Muslim heritage, they are bringing to light women from the distant past about whom little is known, in the hopes that people will be inspired to find out more. A further aim of this project is to give young people role models from their own culture to whom they can turn.

MWHH has prepared a number of informative presentations, accompanied by breath-taking miniatures.These women lived in eras dating from the era of Prophet Muhammad to the early 19th century. In Derby, they chose to bring Fatima al Fihri to life. Not much has been written about Fatima, as she lived 1,200 years ago.There is more information, however, about the university she established.

When one looks at the history of universities, we find that Bologna, established in 1088, is listed by many as being the first "university." It is stated that: "The university is a European institution; indeed, it is the European institution par excellence… As a community of teachers and taught, accorded certain rights, such as administrative autonomy and the determination and realization of curricula…it is a creation of medieval
Europe..."

In fact, the first universities in Europe were established by aid societies for foreign students to protect them against city laws. The students hired scholars to teach them and then they came together to form a university. The university was basically a society that had the power of collective bargaining and which raised money from foreign students. The students had administrative autonomy, as they had a great deal of sway in the city and could go on "strike." But surely this is not what makes a university a university, at least not today. Is it not what is taught there, that students of all ages and nations come to learn there? If we accept this last as our criteria for what a university is, then before the advent of Bologna it is possible to say that there were Islamic universities, built alongside mosques. Here Qur'anic sciences, as well as mathematics and sciences were taught. One such institution, although not referred to as a university, was built in the eighth or ninth century in Harran, near Urfa in modern day Turkey. And then there is Qairawan University, established by Fatima al FihriinFas, Morocco, in 859.

Not only is it interesting that a university was established at such an early time, it was built by a woman. When Fatima al Fihri's father, a wealthy merchant, died, he left Fatima and her sister a legacy. Due to Islamic inheritance laws the girls could spend the money as they saw fit. Fatima's sister chose to build a mosque, the Qairawan Mosque, and Fatima put her money into building an institution of learning next to the mosque, the Qairawan University. This institution is widely recognized as the earliest university to grant diplomas.

Yet, can Qairawan really be claimed to be a university? It was clearly a madrasah, built next to the mosque to teach religious subjects. A university has a wider appeal, and teaches more than just religion. To answer this question, one need only look at some of the people who came to seek enlightenment here: Pope Sylvester II (Auvergneli Gerber, famed for bringing 0 from the Muslim world to Medieval Christendom), studied here.

Rhe philosophers Abu al Abbas al Zawawi and Abu Mazhab al Fasi; the diplomat, traveler and author Leo Afrikanus and the famous Jewish philosopher Maimonides studied at Qairawan. Also, Ibn Arabi, Ibn Haldun and Muhammad al Idris all spent time at this institution, studying different subjects. So perhaps this institution did not have autonomy from the city and did not concentrate on defending the rights of foreigners, but it was clearly an institution dedicated to learning, be the student Christian, Jewish or Muslim, be they interested in religion, sociology or geography.

What is interesting about Fatima is that she did more than just donate her money to the building of Qairawan University. Throughout the time it was built (11 years according to some sources, 18 to others) she fasted, and she participated in helping with the construction. We are talking about a woman who lived over 1,200 years ago. What we can understand from this is that at that time, not only were Muslim women not oppressed, but the Islamic social system allowed them to claim their space, make their mark and be an active member of society.

The fact that the earliest institution to provide a diploma in learning and one of the few early institutions of learning that is still functioning, was the brain child of a woman, and that this woman gave her income and her energy to its construction is fascinating. This important undertaking, that is, bringing such women to the light of day in the hope that children and young people, boys and girls, men and women from all nations will be inspired to work toward a better future can only be applauded and supported.
RELATED TOPICS