Beyond the shadow of a doubt 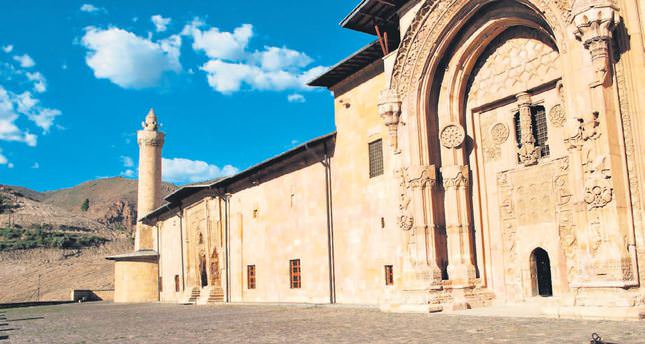 Turkey is known for its mosques and their remarkable architecture. Among them is the Great Divrigi Mosque and Hospital, which is a remarkable structure, ornately decorated and is truly awe-inspiring

The need for a mosque (masjid) was felt very early in Islam. It is a center that serves more than just as a place of worship. Masjid Nabawi, the very first mosque, built in 622 AD, was Prophet Muhammad's mosque. It was a community center that united people under a roof regardless of race or ethnicity. Besides worship, it served as a place for education, medical care, celebration, meeting and deliberation. It was intended to be a safe-house. For this reason, they are often meticulously designed by the greatest of architects and built using the finest of materials to produce magnificent architecture.

In 2013, Turkey had 82, 693 mosques and 3,113 of them are in the country's largest city of Istanbul. It houses the great Sultan Ahmet Mosque, also known as the Blue Mosque, which was built between 1609 and 1616 during the rule of Ahmed I with the intention to surpass its nearby rival, the Hagia Sofia. Its 20,000 İznik tiles delicately placed by architect Mehmet Ağa as decoration gives it its name.

The mosque's 260 windows flood the interior with natural light that increase the feeling of open space. Istanbul is also home to Süleymaniye Mosque. Designed by the Ottoman's greatest architect, Mimar Sinan, and completed in 1558, Süleymaniye Mosque is the largest and grandest mosque in Istanbul.

The 16th century original stained glass windows supported by the inscriptions on the walls are a supreme example of Ottoman art and calligraphy. They may not be the size of Süleymaniye or have the grandeur of Sultan Ahmet, but the beauty, splendor and uniqueness of the other mosques are
just as significant and exquisite.

An Afternoon Spotlight on the Great Mosque and Hospital of Divriği. The Great Mosque and Hospital of Divriği is one of the remarkable examples of Seljuk architecture, dating back to the 13th century. Completed in 1228, the mosque was erected at the time of the Mengujekids, an Anatolian Seljuk beylik. As the first Turkish building to be declared a UNESCO World Heritage Site in 1985, it is promoted with the slogan "Do not die before you see this." The mosque, along with a double-storey hospital, astonishes tourists with the silhouette of a person praying during afternoon prayer. Visitors are mesmerized with spectacular light and shadow plays on the walls of the mosque described as "the Alhambra of Anatolia." It is reported that the silhouette of a woman appears at 7:00 a.m. at "Cennet Kapısı" (Gate of Heaven), while the silhouette of a four-meter tall man appears at "Taç Kapısı" (Crown Gate) on the western side in the afternoon. Another man's silhouette appears around 9:00 a.m. at Şah Kapısı (King's Gate), and is said to resemble the Seljuk ruler Ahmet Shah who commissioned the mosque.

Local and foreign tourists flock to the historical mosque when these silhouettes appear, and take photos in front of the unique structure. The gates, mihrab (prayer niche), and minbar (pulpit) are the most admired sections. "I believe the mosque represents love, science and faith engraved on stones. There are four gates, on three of which you may see silhouettes of a praying person. Shadows become more visible between May and September, either in the early hours of the morning or 45 minutes before afternoon prayer," said District Governor Mehmet Nebi Kaya to the Anadolu Agency. Kaya invited all interested researchers and university students to visit the mosque. "Everyone will find something familiar about themselves while wandering around here. The architects successfully reflected their talents on[to] the structure. No one should say 'I am a master in architecture,' before visiting the mosque," he added. Kaya further highlighted the need to protect the mosque, and transfer it to future generations.

Skilled architects and master workers, who conducted detailed calculations on the positions of stars and the timing of sunrise and sunset, erected the historical structure. Architects Hürrem Shah and Ahmet Nakas Hilati designed the structure, and a number of workers from Tbilisi and Ahlat, a historic town in Bitlis, took part in the construction. Many painters and calligraphers worked on the site as well, including Ahmed bin Ibrahim el-Tbilisi and Ahmed bin Mohammed.
RELATED TOPICS