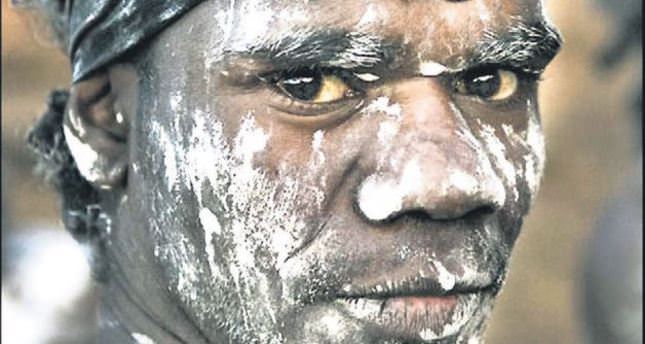 Beliefs, traditions and customs add character to our lives and give it meaning. The funeral of a deceased lovelone is the final event in which to say goodbye

There are many ways to say goodbye to departed loved ones across the world, but some funeral traditions raise eyebrows. Jazz may color an otherwise dour occasion but still, one might need to draw the line at cannibalism.

A vast majority of traditional funerals are similar in approach and custom. A grieving family dressed in black, a beautiful ceremony fondly remembering the deceased followed by a light lunch to console the lamenting family. These are usual practices in most funerals. Nevertheless, you can witness unusual funeral ceremonies, which are based on rooted traditions, at various places in the world. According to archeological research, funeral customs are as old as 300,000 years; and they have been varying since it started.

Today, religion can be counted as a main determinant on funeral customs; the ceremonies bear the traces of religious beliefs. Though, there can be differences also in the people who share the same religion; for instance, a Christian in Europe and Christian in U.S. can bury with different rites. The customs differentiate from region to region depending on mainly beliefs and traditions. Some of these custom share common practices, such as washing a dead body before burial is applied by almost all cultures.

According to Buddhist beliefs, there is a lasting cycle between life and death named "Samsara"; therefore death is some kind of turning point for person, a transmission process from old life throughout a new life. They have some common customs of funeral such as wearing white instead of black in order to symbolize their grief and seriousness; or chanting prayers which are led by monks. While funerals are generally conducted simply and in a dignified manner, some rites turning into an extraordinary form at various regions. For instance, Tibetan Buddhists fragment the body of the deceased person into pieces in order to return it to the earth. Then, they leave these pieces on top of a mountain to be eaten by vultures. Most of the Buddhists in Tibet prefer that deep rooted tradition. Cremation is also widespread and traditional among Buddhists unlike the follower of Abrahamic religions.

Combining African, American and European traditions, funerals of New Orleans present the unique ceremony for attenders which called as "Jazz Funerals." Jazz funerals have been also massively influenced by early twentieth century Afro-American Protestant and Catholic Churches and the Haitian Voudoo's idea of make celebration after someone's death in order to satisfy the spirits who protect the corpse. Funerals of New Orleans form a balance between joy and grief, where mourners are sometimes even constitute a parade and marching together. These parades can last up to a whole week.

Before burying the deceased person, bands play a melancholic melody; but once the body has been buried, they gear up and shift into a dancing themes.

This is probably one of the scariest customs on earth. "Endocannibalism" is a ritual in which people eats the deceased person's corpse. The idea behind it is not-well known, it's assumed that the ritual symbolizes assimilating virtues; or this ritual symbolizes the forging of a permanent relationship between the living and dead. This - to modern sensibilities - creepy ritual has been practiced among some tribes in Central Africa, South America and Australia. However, some academics think that this is a misleading allegation created by European colonial powers in order to gain justification for invading their lands, to prove their barbarism.

When someone from an Aboriginal tribe dies, their mortuary rites begin. Before the ritual starts, they come together at the deceased's house and hold a smoking ceremony in order to dispel the spirit. The corpse is then placed at the peak of a high platform and covered with branches and leaves, where it left to decay; sometimes this process takes several months. Afterward, the mourners paint with red ochre and participate in feasting and dancing.

Sati is an old tradition from Hinduism, which is seldom practiced nowadays. According to Sati, a woman throws herself onto the fire, in order to prove her devotion to her deceased husband. Sati is outlawed by the Indian government.

It was believed that a woman who sacrifices herself would become a goddess as a reward for her devotion.. It is known that not only Hindus, but also some other cultures also practice this tradition.

When a Muslim dies, the body is washed (ghusul) to cleanse it of any physical impurities then wrapped in a simple white shroud (kafan) that is often made from cotton, linen or wool. A funeral prayer follows, whereby family, friends and loved ones get the chance to say their goodbyes. Time is of the essence with Muslim funerals as the burial is not delayed.

The body is buried wrapped in the cotton shroud, without a coffin. Family and close friends often cook meals in order to lighten the load while along with sweets known as "Halwa" to the house in mourning and offer prayers (Quran recitation) in honor of the dead.
RELATED TOPICS