The many moods of bipolar disorder 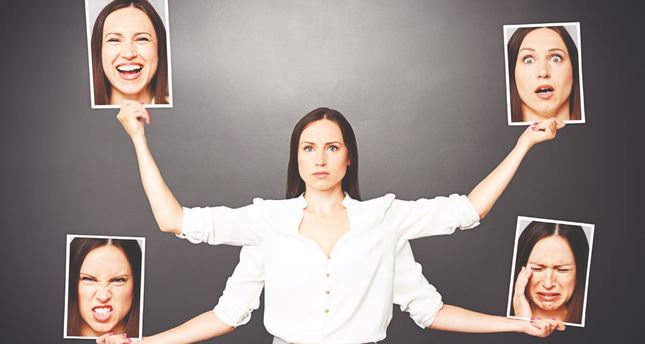 Bipolar disorder is also known as 'manic depression'. It is a mental disorder chatacterised by periods of mood swings. Acknowledgement of the illness is the first step to learn how to live with the illness

Did you ever think what life would be like if only distinct contrasts existed? Life is not just composed of rights and wrongs, and blacks and whites. There are a lot of greys, more than any of us admit. This also applies to our emotional state. Many of us like to depict moments in our life as either happy or sad but actually this is far from the truth. Except if you have bipolar disorder.

Bipolar disorder, as the name suggests, is a brain disorder that causes unexplainable mood swings which are categorized as either manic or depressive. Many use the term depression too lightly these days, but if someone is diagnosed with bipolar disorder and depression then this is no walk in the park. Many things they found enjoyable one day ago no longer interest them.

Often they cannot concentrate, eat and or even hold a conversation. Often little in the world interests them and unfortunately sometimes these states of depression may result in suicide.

A manic state is the exact opposite. Someone in this condition is on top of the world during this phase. Nothing can ever harm them or best them. Or so they think. In this state a person's intellect doubles, witty answers arrive by the dozen. It is like they are "high" for days, sometimes months. Yet the fear of returning to depression lingers and disrupts their nearly nonexistent sleep, which is also occurs during the manic state. "Sleep is for the weak," as the manic state motto goes.

As for what causes this disorder, there is no definitive answer, but many doctors and scientists agree that it is genetic but environmental factors may also play a role.

Bipolar disorder (also often referred to as manic-depressive disorder) is still not known to many people, which may be due to its other street name "artist's disorder." The condition has gained a twisted sense of popularity, especially among the younger population. Indeed, when in a manic state you can be very productive in an artistic sense and I am sure it appeals to people to blame everything on the depressive state. Yet this is no joke. Every day, many people struggle to hold their daily lives together and many don't even know they have the disorder.

Treatment for bipolar disorder is no cut and dry matter either. Every patient responds to medication differently so it can often be a hit and miss process regarding treatment. Since many do not even know they have the disorder, they do not seek needed help, resulting in a very low recovery rate.

The General Psychiatry March issue stated that, "according to the World Health Organization, bipolar disorder (BP) is responsible for the loss of more disability-adjusted life-years than all forms of cancer or major neurological conditions such as epilepsy and Alzheimer's disease, primarily because of its early onset and chronicity across the life span." One of the most thorough research projects on the rarity of this disorder was conducted in the U.S. According to the National Institute of Mental Health, "bipolar disorder affects approximately 5.7 million American adults, or about 2.6 percent of the U.S. population aged 18 and older in a given year." In Turkey it is not possible to make accurate estimate of the number of people with the condition due to a lack of studies.

While bipolar disorder can be categorized into five different types, manic and depressive states are always there. The constant fear of either falling into depression or the fear of taking actions that one will probably regret later is a fact of life for these people. Therefore, in order to combat the disorder more efficiently, the first thing to do is obtain an accurate diagnosis and seek professional help. Bipolar disorder is very real and unfortunately harms many, not just those who suffer from it, but also their loved ones.
Last Update: Jul 21, 2014 1:02 am
RELATED TOPICS