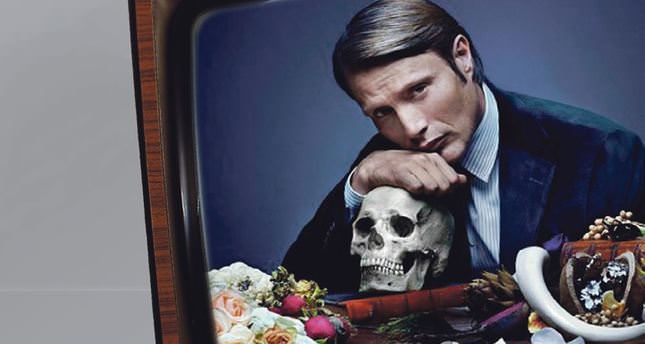 Television is a means of family entertainment. However, today violence has become a natural part of entertainment, numbing us to the real tragedies of the modern world

Today the television shows we watch in Istanbul are also aired in New York, London, New Delhi, Tokyo, Stockholm… These global forms of entertainment, as well as more local productions, seem to be intent on bombarding us with messages that would never have been imaginable 30 years ago. Remembering the programs we grew up with, Dick Van Dyke, Gilligan's Island, All in the Family, Little House on the Prairie, Knight Rider, the differences are striking. Dick Van Dyke's bedroom had two single beds…that is, the television networks couldn't even show the couple sleeping in the same bed. Any kiss between a couple, both actors had to have one leg on the floor. Starsky and Hutch, Knight Rider or Mc-Gyver were action programs and the "violent" scenes seem very tame by today's standards.

But today we have programs like Breaking Bad, Dexter, Hannibal, Shameless….all featuring, if not glorifying, murderers, criminals and degenerates. In the past there were films and TV programs about the Mafia - the Godfather films, the Sopranos…but now there doesn't seem to be a night when horrific crimes are not being played out in our living rooms. Not to mention the programs about werewolves and vampires..

One of the more disturbing programs is Tyrant. This Fox film is based on the life of Bashar Assad. Gone are the days when a film is not made about a dictator until they are dead. Now while al-Assad is still dropping bombs on innocent civilians, Fox television has decided that his life is entertainment material. The material may be there, but by making a drama focused on the Assad family, there is a very real danger that Assad will become "humanized," that we will understand his torment and difficulties. Even the most anti-heroes, JR or whomever, found supporters and fans. Is Fox really in the business of finding fans for Assad?

Even the programs that are about catching criminals, Bones, or the CSIs, make one's stomach churn the first time they are watched; but with time, one can even eat their dinner as Bones makes her gruesome investigations. We are becoming immure to what our physiology tells us is unacceptable. If this is the case with our physical reactions, what about our moral reactions?

Where are we going? Why have our programs become more shocking, leaving us to be ever more desensitized? And this in what is being called the "Golden Age of Television."

In a radio interview, Douglas Gresham, the stepson of C.S. Lewis, said: "….We look at our presidents, our prime ministers… and we describe them as our leaders, but they're not. They're merely our rulers.

The leaders are the people who change the minds and stimulate the imaginations of the public. That means that movie makers, the people who make TV shows, the entertainment people…and that means that if you are going to lead the world, as the movie people and the TV people do, you'd better choose very carefully in what direction you are going to lead."

So what direction has been chosen? No one would seriously suggest that we are encouraging our children to be vampires or even makers of crystal meths. But desensitization is a very good way to stop people from caring.

Twenty years ago there was a photo of a vulture waiting next to a starving Sudanese child. This caused outrage and horror; what a moral dilemma! Should the photographer not intervene, is he really there just to photograph? But as time went by, as the Internet became more prevalent, not only in every home, but on our phones, we became accustomed to more and more horrible images. The horrific images from Syria and Palestine disturb us, but do not lead to the moral outcry they would have 20 years ago. And honestly, if eating one's mac and cheese while watching someone being cut up, if beautiful, elegant women can beat the living daylights out of someone, why would we react when we see bombs falling on innocent citizens?
We are being morally numbed. Whether this is on purpose, part of some sinister global trend to make people care or not is not the issue. The point is that when a culture or civilization loses its moral values, when it decides that anything goes, then everything goes; society loses that which glues it together.

An earlier example of such disintegration of the moral fiber and what followed is Weimar Germany, which was the regime that followed World War I, and immediately predated Fascism and Nazism. Weimar Germany was a society that pushed back the limits of creativity, bringing to the fore innovative movements like Dadaism in art, Critical Theory and the Frankfurt School in sociology; from here emerged Brecht and Weil in theater,
Thomas Mann and Christopher Isherwood in literature and Murnau and Lang in cinema.

Despite the heyday of culture, what was happening in the streets among the poor and those who were not part of the intellectual movement was the antithesis of these great heights. To quote Klaus Mann, the son of Thomas Mann: "Berlin nightlife…the world hasn't seen anything like it! We used to have a first-class army. Now we have first class perversions."

Erich Kästner, another German author of the era, gives the following description: "In the east there is crime; in the center the con men hold sway; in
the north resides misery, in the west lechery; and everywhere - the decline." There are arguments that this was what was desired by the leaders of these movements.

The Soviet Union was making headway in how to control society to gain political ends; George Lukacs, a founder of the Frankfurt School, called for a "culture of pessimism" and a "world abandoned by God." Willi Munzenberg, leading propagandist for the German Communist Party during Weimar, said that the world had to be turned upside down and life had to made a hell on earth; Western civilization was to be destroyed, as only then could the dictatorship of the proletariat be imposed on society.

After the last European elections, in which the extreme right-wing parties gained remarkable grounds, it is worrying to think that what followed the Weimar Republic was Fascism and Nazism. Those who speak up for morality are labelled as reactionary, and forced into a corner. However, when young people can stare vacant-eyed at horrific scenes, fictional or otherwise, when people watch clips of horrendous crimes while eating a sandwich, it is time to ask what television has done to us. And more importantly, we need to ponder why this has been done? If our morals are eroded, then what is left to question? What is there to correct if all is permissible?

If the message is constantly negative, if the heroes are constantly anti-heroes, what message are we giving our children? Sexuality, promiscuity and amoral behavior have become matters that are laughed about, taken lightly; they have become means for family entertainment. The generation after World War I was the Lost Generation. I fear that this generation will be remembered as the Misled Generation
Last Update: Jul 26, 2014 1:29 am
RELATED TOPICS