The Price of Technological Progress 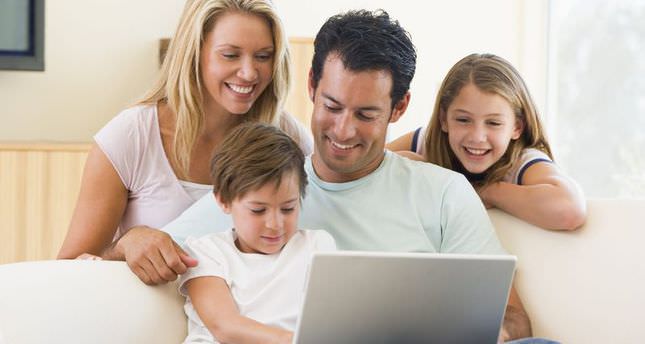 by Bilal Kalkan Aug 01, 2014 12:00 am
People are engaging with digital technology for leisure, education, and communication purposes. In the world of technology, there is a growing debate which cuts to the core of who we are as individuals, families, and communities. It asks the question, "How does technology affect the healthy development of people?" Of course, no one really knows the answer, but the question is a really important one.

Young people normally ask the question "Who am I?" during adolescence, as they begin to understand their personalities, values, needs and emotions. This journey happens as they interact in social worlds. However, more than 50 percent of adults visit social networking sites instead of having real social interactions. Also, due to unlimited access to the Internet via a range of wireless tools, today's students tend to spend a large amount of time online. Therefore, they have significant potential to experience symptoms of problematic Internet use, for example, remaining online longer than intended and refusing face-to-face human interaction. If you ask teens how social media affects their own lives, they might say they practice life on social networking sites and feel closer with friends because of technology and are able to connect with a wide variety of people with common interests.

There is evidence to support the positives, negatives, and downright scary aspects of how technology may impact healthy development. Due to negative effects of problematic Internet use, extended use of sites like Facebook can decrease a teen's empathy for others and increase narcissism. Also, young adults account for 27 percent of the world's population and in any given year 20 percent of them experience a mental health problem, most notably anxiety and depression because of heavy technology use – better referred to as "addiction."

Who will influence whether technology is good or bad for kids? The answer is parents, but despite this generation's love of technology, we cannot yet answer the looming question about its effects on their long-term development.

From Beneficial To Problematic

The Internet is widely used as a health seeking tool due to its low cost and anonymous features, but this needs to be carefully balanced against the possible harmful effects. For example, a large number of individuals use the Internet to meet significant proportions of their social needs, including support and affirmation because the anonymity and absence of non-verbal and demographic cues provide Internet users relief from emotional distress. As a result, people feel more comfortable when communicating with other people online. On the other hand, prolonged Internet usage increases the potential for depression, loneliness and other psychological and emotional problems because the lack of non-verbal expositions and physical contact in online communication might be problematic and a link between problematic Internet use and psychological well-being.

Youth with depression symptoms are more likely than others to engage in risky behavior on the Internet, such as talking to strangers in an online environment and disclosing personal information with people whom they have had no physical contact with. Unfortunately, approximately 7 percent of rapes were initiated by these online contacts . Of course, rape is unacceptable and it is crucial to educate people to navigate the Internet safely.

In today's world, thin is normative and attractive, but overweight is aberrant and repulsive. Cultural models of unrealistically slim female bodies and muscular male ones may also contribute to mental and physical problems among people, ranging from preoccupation with thinness, to excessive exercising and dieting, to sometimes fatal eating disorders. Because of the media , females with body image issues and eating disorders seek out more thin-ideal media, and young females who are motivated by social comparison are more likely to internalize the thin-ideal, which over time can lead to eating disorders. Also, the media's role in society is helping create a problematic social environment over the Internet that a) normalizes dieting and excessive thinness and b) encourages young adults to repeatedly evaluate their bodies to find them wanting, and to engage in extreme-dieting, over-exercising and other health-compromising behavior in an effort to relieve perceptions of inadequacy.

The amount of technology consumption is scary. Why?

For healthy development to occur, children must experience real-life peer friendships and positive relationships with adults. They must overcome challenges and obstacles in the real world, learn from mistakes, and reflect on the adult they hope to become.
If they are spending seven-and-a-half hours a day engaged in non-school related technology, is there enough time left over to make the human connections necessary for positive development to occur?

Raising children in a technology-infused world is more than understanding the ins and outs of Facebook, Twitter, and computer games – or about the digital habits of teens. It's about understanding the relationship between technology, popular culture and child development.
The key for every parent is to facilitate a healthy, balanced relationship with technology and being aware of its pitfalls and helping children integrate media into their lives in positive ways.

In order to have a healthy generation, "empower yourself, empower your family, and empower the community."