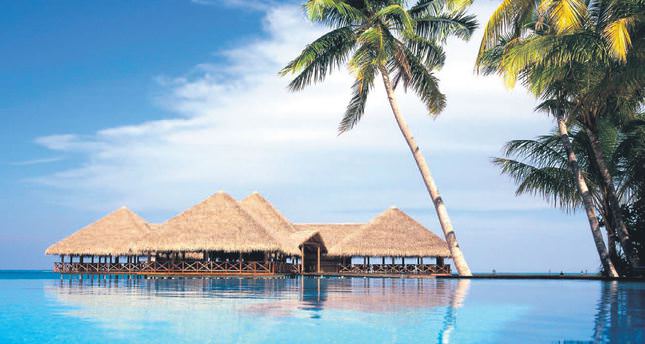 "Halal holidays" try to give holiday an Islamic identity by offering segregated beaches, spa and pool services to men and women. It is seen as an opportunity for some families that prefer an environment suitable for their lifestyle

The statement, "modern society is a consumer society" reveals the truth of the contemporary era. Now, everything is commodified and has a value in the capitalist market. Baudrillard asserts that "forced moral" applies to an individual's holiday and leisure time, as well as his work time. "Holiday" and "leisure time" are the two terms of modernism.

Leisure time is taken from work time to prepare people physically and mentally for another workday in the vicious circle of production, and its subsidiary act, consumption - the terms being introduced after the Industrial Revolution. Yet, leisure time is not reserved for individuals to organize as he pleases. Because, during that timeframe, the individual must serve as a consumer in order to power the wheels of capitalism. Therefore, leisure time has a design that is planned by industry. An industry based on tourism, sports, hobbies, holiday, game and entertainment dominates over leisure time.

Discipline and bureaucratization of work time are reflected on leisure time and standardization, monotony and masses of work occupy "holiday." It is a known fact that modernism surrounds the world with its discourse and the lifestyle that it presents. The Muslim world is not an exception. One of the primary concerns of the Islamic world for a couple of centuries is that it is drifted against modernism. Even though the "Islamic" adverb is put before it, every conceptualization, produced as a part of the modernism paradigm, brings along some problems and contradictions. "Halal holiday" is one of them.

Although it seems like an opportunity for Muslims, it does not include a new philosophy or an attitude for time perception and its usage. As we have established the basics, we can now discuss the problems and contradictions that occur within the "halal holiday" opportunities. "Halal holiday" is a sector that has been growing rapidly since the mid-90s. It is a holiday concept that finds itself buyers from countries such as Turkey, Malaysia and the United Arab Emirates. "Halal holiday" tries to give holiday an Islamic identity by offering spots, spa and pool services to men and women separately. This type of holiday also has private beaches, a kitchen free of pork, rooms with the Quran and prayer rugs available, and religious and Sufi activities. In all these aspects, "halal holiday" is seen as a preferable opportunity for families that are stuck in the modern cities.

The financial power that the conservatives in Turkey have attained in recent years helps this holiday concept to spread as well. Some habits change at first through this process, though. For instance, the holiday that is spent with family and friends in hometowns turns into a leisure and entertainment activity of a nuclear family in a holiday complex for a week. This holiday concept is worthy of studying, not just because of its time perception and organization manner, but also because it causes new cultural habits to emerge. First and foremost, the beaches are open for conservative men and women.

The mixed beaches that conservative men can benefit from all along - despite the breach of their privacy - are opened for use of women (although it is enclosed), and holiday opportunities are democratized on behalf of women. Yet, this causes a free space to emerge where conservative women can stretch their limits of privacy in a male-free environment. However, Islam preaches certain privacy principles for both men and women even in the private sphere. Although the "Turkish bath culture" formed a basis for a similar degeneration in our history, this new age liberty brings the risk of its legitimization within the concept of "halal holiday." Thus, an opportunity that is used insensibly turns into a breach. A similar contradiction is about catering the concept of "halal holiday."

During "halal holiday," the time depends on the circle of all-you-can-eat buffets, pools, the sea and entertainment offered by the hotel managements. Although it can be an opportunity for people to have the food they need, the all-you-can-eat buffet concept causes a culture of waste to gain wide currency, focusing on pleasure and dissatisfaction with over a hundred flavors. People who are familiar with the "waste is illicit" principle of Islam form long queues in front the tables that are set with an excessive variety. When the food variety, which exceeds the halal limit of a meal, combines with the leftovers, the legitimacy of "halal holiday" is annihilated.

On the other hand, some "halal holiday" complexes offer "opportunity" packages to women that include a clubbing atmosphere without the alcohol. Very loud music that can be only endured by an alcohol consumer kills the spirit of the holiday, which is for the relief of mind and body. However, these complexes can offer all entertainment opportunities for women only without alcohol. "Halal holiday" complexes and hotels pave the way for classification according to their luxury, which reflects on their number of stars, service quality and interior decors.

The location of the holiday becomes a social status among the conservative crowds. This classification reaches a new dimension with an enterprise that sells time-share properties in the Maldives, using the "Ebu Eyyub el-Ensari Guest House" slogan, and new social classes emerged through holiday complexes. The example above makes the concept of "halal holiday" problematic in many aspects as Islamic values are openly abused within the capitalist circle. When viewed in its totality, organization of "halal holiday" yields to "governed by others" structure of modern society. Going to the popular places, reading bestseller books and consuming selected brands and images condemn people to "average, standard and copy" lives.

The holiday paradigm, including the concept of "halal holiday" does not promise a new gain to individuals when it comes to discovering their cultural, artistic and intellectual freedom. As the German philosopher Adorno says, the life logic of such people in business life emerged with the Industrial Revolution, also reflects on their leisure time---can we see the Turkish if available.. it's a quote that has been mistranslated.. Individuals are subjected to imitate lives that are organized for them instead of lives based on their own choices. The most obvious result of it is the holiday memoirs written by children when they return. Instead of recounts of exciting adventures with their familial peers, these memoirs consist of the name of the holiday complex that gives away the socio-economic structure of the family as a label.
Last Update: Aug 05, 2014 1:54 am
RELATED TOPICS