Summer fun at mosques in Istanbul 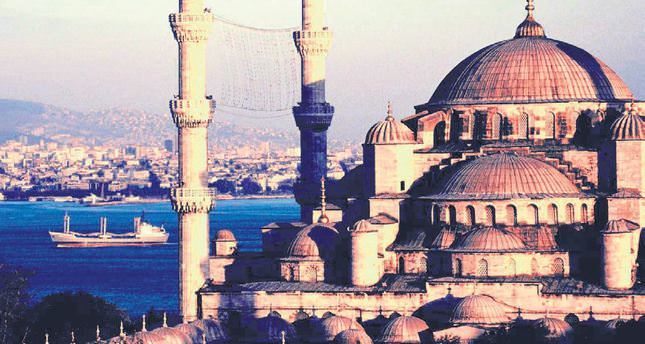 Summer holidays are associated with fun, making new friends and creating everlasting memories. Summer school does exactly that. A program at the mosque is packed with fun which incorporates educational knowledge has both parents and children covered for the summer

The summer vacations are the epitome of stress for some families. Frantic planning on what to do and how to entertain their children is followed by intense negotiation that is often the only discussion during family dinners. Financial stability means some can afford to go away on vacation, while others keep it local, and for some, being creative is the only choice. Istanbul has a lot to offer in terms of summer fun. Among the numerous options are Islamic summer school study programs, which are usually offered at local mosques.

One doesn't necessarily have to be a devout worshipper to attend these programs. Mosques are perceived as places where one only goes to worship. But in reality they are so much more. A mosque is a community center in which many functions take place including summer holiday programs.

Summer holiday programs are usually Islamic classes that are structured around a fun and educational curriculum. They are provided free of charge by the government to those aged between 4 and 15 at mosques in most rural and metropolitan areas.

The idea of the programs is to instill in children a sense of community, to provide a place where new friendships are formed and etiquette and manners are displayed rather than taught. Children learn through songs, use arts and crafts to model concepts and are taken on excursion to learn history. Boys play soccer in the courtyard while girls play with their dolls. School with no homework, which often starts in the afternoon where children play all day and walk arm in arm with new friends and is most likely only a few blocks away, can hardly be perceived as school at all.

First, to attend the mosque, parents are required to fill out an enrolment form for each child giving information about anything that might be necessary to the teachers. There are several classes that run at the same time in the mosque. Some classes have one teacher and other classes have two or three teachers, especially for younger children where one-on-one teaching is more necessary for their learning.

While the children are in the mosque they are provided a light snack like juice and cake, which is free of charge. Also, some parents bake cakes or bring along biscuits, candy and chocolates on their own to be given out to the children on their break. Depending on the mosque, some places have a day where they assign willing parents to bring in something for the children to eat.

These Islamic school holiday programs are held at almost every mosque around the country and because they are free of charge and local, there is a high demand from the community. The children do not get bored at the mosque because it is only runs for two to three hours a day, five days a week.

There is an add provided by the Presidency of Religious Affairs shown as a public service advertisement on national television to make the public aware of the facilities the government is providing through mosques and also used to encourage children to attend the mosque to learn the Quran and religious studies. The add is about 40 seconds and is shown several times a day. The advertisement has been developed in such a way as to capture children's attention by showing happy children running to the mosque, reading Quran and playing together. The slogan of the public service advertisement is, "Flowers will blossom at the mosque this summer and children will blossom at the mosque this summer." Some of the children have the holy book in their hands and others have soccer balls to show a setting of enjoyment instead of a boring atmosphere reminiscent of regular school.

Overall, the holiday program is a perfect place for those that are interested in teaching their children Islamic traditions and the Quran but don't have the time to teach it to them themselves or don't have the knowledge to do so.
Last Update: Aug 08, 2014 1:36 am
RELATED TOPICS