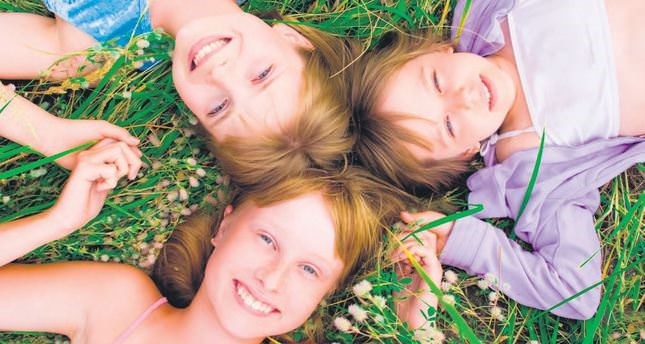 China is repealing its one-child policy, to the praises of the West. Turkey's Prime Minister is criticized for recommending women to have three children. So what is the role of the government in ensuring stable population growth?

The other day talking to an American journalist she asked me what I thought about the fact that Erdoğan was considered to be authoritarian, even a dictator, especially in some of his utterances about women; I asked her to be more specific. For example, she said, the statement that women should have three children statement and that abortion is murder. I don't know if when I had finished answering her questions, she felt that she had come to the right person or the wrong person. But she had stepped on my "Erdogan is a dictator" bunion, and I ranted (kindly, gently, but I have to admit, I ranted). Let me make full disclosure here. I am the mother of three. Not because Erdogan told me to do so; my youngest is attending university, i.e., my children were born before he was even mayor of Istanbul. I am the mother of three because I am ornery. I am the mother of three because I do not like being told what to do. I am the mother of three because they are all a blessing. Today, reading about the repealing of the Chinese one-child law, my bunion started to throb…One nation is being criticized for limiting the number of children a family should have. Another is being criticized for telling women how many children they should have. I think the issue needs to be made clear.

First let's take a look at the Chinese situation.

Chinese leaders have announced that the one-child policy is being eased out. This policy was introduced in 1979 by Deng Xiaoping as a "temporary" measure. The Chinese leaders were worried that the population boom would hurt China economically. At this time the population of China was about 972 million people. In 2012 the population was approximately 1.343 billion; officially the growth rate is 1.8 percent, but experts say it is closer to 1.2 percent, This is lower than 2.1 percent, the number considered to be the "replacement level" needed for a country to prevent a decrease in population.

So, what is the problem with a decrease in population? China has over a billion people. Why are they worried that this is not enough? One reason is that this decrease means that China might lose its competitive edge.

That is one problem for China. Another is that when population decreases, it decreases in the young generation, and the population is imbalanced, with more elderly. An aging workforce has an impact on the dynamism of the country. As less of the population is involved in the workforce, the number of people who need support, i.e., the elderly, grows.

There is another serious backlash of this policy. If there is only one child to take on the care of the elderly parents, this is a significant burden on the workforce. Also, if you limit a family to one child, couples will tend to try to select the sex of the child. It is no surprise that in China there is a tendency to prefer boys. Many female foetuses are aborted; if born, the female infant may be neglected, abandoned, or even killed. Today, for approximately every 115 boys, 100 girls are born. So, as we can see there are many reasons why limiting the number of births in a country is damaging, not only economically. China has now realized this and is back-pedalling, ever so slowly.

Many countries provide child benefit; Australia, New Zealand, Germany, Ireland, Sweden, Finland, the U.K., France, Greece and Spain all provide benefits to parents per child. Basically, this is an encouragement to families to have children, or at least it makes it easier for them to have more than one. Initially, these benefits were introduced to help prevent the European populations, severely affected by World War II, from dwindling further.

When I first came to Turkey I had a two-year-old daughter and was five months pregnant. After my son was born the doctor told my husband that she was scheduling me in for an operation. Not understanding Turkish I asked him to ask her what kind of operation. Her reply: Tubal ligation. What? Why? Her reply: You have two children, one girl, one boy. That is enough. I was livid. Previously I had not considered having any more children. But as I said above, I am ornery. She had waved a red-flag at the bull-mother.

Wanting to see if I could find anything on this unofficial policy, I went on the internet; I found an article on post-abortion education offered to mothers in the 90s and early 2000s. To quote from this article "Turkish couples also strongly desire small families, and two-thirds want no more children."

This statement is backed up by no figures, no references, just "two-thirds". Two-thirds of whom? Who did they interview? What is a smaller family? Smaller than what? This statement seems to have just been pulled out of someone's hat. But it does help support my premise. There was a general attitude, if not policy, that 'two children' was desirable. How many times I was told "two children is modern; two children is the future." After I had my third child, the nurse called her "kazandibi," meaning the bottom of the pot (the sweetest part of the desert); but the message was clear - this is your lot…don't have anymore.

Thus, Erdoğan's statement that women should have three children takes on an entirely different light. It is not a policy. There is no child benefit in Turkey - imagine the uproar if the AK Party tried to introduce such a policy. This is just the recommendation of one person, albeit the prime minister. No one is forcing anyone to do anything. However, I was coerced, attempts were made to bully me into limiting my family. I was not alone; however, I was ornery, I didn't listen. For years I was often told that I was not modern, I was damaging Turkey, that I, as a European should know better. Yet, a two-child birth rate is below the 2.1 percent needed for growth. Turkey has a dynamic young population at the moment. If the two-child policy had continued, this dynamism would have been lost.

Erdoğan is merely trying to ensure that Turkey's population remains strong and vital. As for abortion being murder, in Turkey, like so many other developing countries, many women preferred to use abortion as a means of birth control (to confirm this, one need only read the rest of the article quoted above; figures for this are provided).

The AK Party government introduced the requirement of seeing a physician and getting before having an abortion. Abortions are still available, just more controlled. And the prime minister stating that abortion is murder may just stop some women from seeing this as an easy way out. Soon after my son was born I had a "conversation" with my neighbor (in quotes, because I couldn't speak Turkish and she couldn't speak English - it was translated for me). She had had 9 abortions, to limit herself to the two "modern" children.

But when she saw my son, she was overcome with remorse. She had never had any counseling, and suddenly it all overwhelmed her. This article isn't based on years of academic research. But living in this society, talking to the people, I do know one thing. The vast majority of women in Turkey do not see the prime minister as limiting their freedom. Rather they feel that he is handing it back to them.