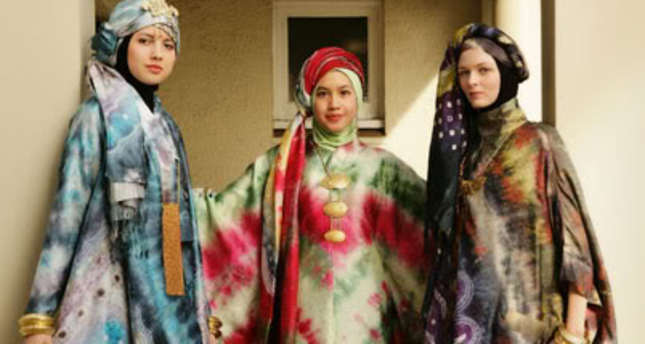 The fashion industry is no longer addressing social and economic elites, but the common person, regardless of their status or fame

Globalization exercises substantial impact in all industrial sectors, including the fashion world. Meanwhile, technological advances and an increasing number of international companies push to eliminate borders. In the past, the fashion industry was controlled by certain powers. However, today, virtual places and persons are more influential than physical venues. The fashion industry is no longer addressing the social and economic elites, but the common person regardless of their status or fame.

Fashion designers were previously inspired by prominent names of the art and fashion world in their own designs and shows. Now, social media users of different ages, from different socioeconomic backgrounds and educational levels take their place. For example, American designer Marc Jacobs prefers to see "bloggers" in the front-row seats of his fashion shows, rather than celebrities. He is even inspired by creative bloggers rather than famous stars.

A number of stylists interested in Muslim women's clothing across the world have become a part of the flourishing fashion trend thanks to advancing technology. U.K-based Dina Toki-O and Pearl Daisy, Ascia Akf from Kuwait and Dian Pelangi from Indonesia have a corner in global fashion trends.
Half British and half Egyptian, Dina Toki-O was listed in The Guardian's top 30 young people in digital media. She attracts thousands of followers on Twitter and Facebook with her unique style and impressive posts.

Until the 1960s, there were few Muslim women with higher education in Turkey's metropolitan cities. Women wearing the headscarf were marginalized by the government upon a ban on the headscarf in universities and for public servants passed in 1980s. Meanwhile, they started to become more visible in society. Muslim women's clothing gradually made progress in parallel with the developments in the ready-to-wear and textile industries, and a growing visibility of women in the social, political and educational arenas. New headscarf and clothing brands were introduced, and Muslim women's clothing took its place in Turkish industrial sector. In the 1990s, women wearing headscarf, who were able to complete their education, became more active in business life. Since the arrival of the Justice and Development Party (AK Party) back in 2001, wives of politicians wearing headscarf are frequently seen in the media, igniting discussions on Muslim women's fashion. Lifting the decadesold ban on the headscarf, technological innovations and economic growth are presumably the main factors that popularize Muslim women's fashion sector in Turkey.

Furthermore, "Muslim women's popular culture" is an output of economic, social, cultural and sociological developments. While women wearing the headscarf were not included in the target audience of fashion shows or collection in the past, they have now created their own styles because the fashion industry is not centered at one particular point.

Impacts of Muslim women's clothing on the fashion world

According to a research conducted by the American Headscarf Design Contest, there is a $96 billion dollar Muslim female fashion market that is untapped. World-renowned fashion brands are aware of Muslim women's purchasing power and need for clothing. In recent years, there are clothing stores whose mannequins wear the headscarf combined with suitable dress even in non-Muslim countries. Among them, there are fast-fashion brands such as Zara, H&M and Forever 21, and luxury chain stores like Bergdorf Goodman, Macy's, Nordstrom and Barney's New York.

To attract both conservative customers who wear the headscarf and those who are looking for something different than classical fashion trends that commoditize women's bodies, various famous fashion designers create new collections inspired from Islamic clothing and even the burqa. Victoria Beckham, one of the recent names of the fashion world, presented stunning bonnets in her 2011 winter collection. She was also inspired from the English-style street fashion of Muslim women in another collection.

Marc Jacobs' combination of headscarf with hat drew attention in his 2012 spring collection. Although similar combinations have appeared on the podium for years, Jacobs introduced a different style. Similar to Turkish women's traditional trend, headscarves were folded into a triangular shape, and tied into a collar with a needle to cover the neck. He also introduced headscarf combinations with different clothes in his next collection. Jil Sander, Oscar de La Renta, Givenchy, Thom Browne, Dolce&Gabbana and Moschino are other worldwide designers who have either designed combinations or present fashion models with the headscarf. Additionally, DKNY was engraved into minds as the first fashion brand that introduced a special Ramadan collection for Muslim female customers released in the third day of Eid al-Fitr. The famous brand left behind other well-known names with its debut for Muslim world. DKNY PR Executive Aliza Lict presented the new collection with the "#DKNYRamadan" hashtag. Donna Karan proves that fashion world considers women wearing the headscarf more than ever.

Fashion is an industry that has to constantly renew itself to stay alive. If we take a retrospective look at fashion history, many trends often repeat themselves and designers are always searching for something different and new. Therefore, Muslim women's fashion is an attractive platform that is different and it has the potential to open new doors. Social media guru David Shaw says that people watch out for current signals to guess upcoming trends. Muslim women's fashion trends are a golden opportunity for the fashion industry, which thrived on women's naked bodies for many years, and is now running out of its capacity to do so.
Last Update: Aug 15, 2014 1:53 am
RELATED TOPICS