Reviving Anatolian rock in the garden of Eden 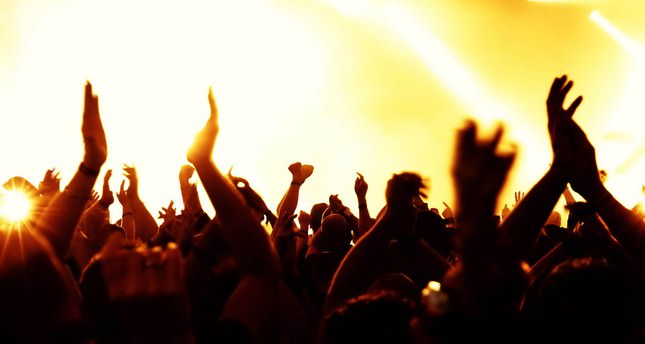 Those who want to support the revival of Anatolian Rock, which emerged in the 1960s to dominate the Turkish music scene for a decade, need to be at Burgazada's Cennet Bahçesi in Istanbul this weekend for the music festival.

This weekend, Burgazada's legendary Cennet Bahçesi (Garden of Eden) hosts a unique and not-to-be-missed festival, the Burgazada Progressive Music Festival, which will not only be a revival of Anatolian rock's colorful history of the sixties and seventies, but will also give music-lovers a chance to experience Turkey's current indie music scene in a relaxed and beautiful setting on the Prince's Islands.

The Burgazada Progressive Music Festival is nothing like the blockbuster festivals held throughout the summer. First of all, this event is free. But also don't expect big lights, PA's or loud amplified music. Instead, expect a blast to the past, and some of Turkey's most talented musicians reviving the vibe of the hippie garage music played in the 1950's and 1960's in a large rustic garden restaurant called Cennet Bahçesi on the Princes Island of Burgazada.

Cennet Bahçesi, previously named Paradisos, was first opened in 1903 by a woman named Madame Eleni. At that time, it was supposedly the most popular venue on Burgazada where live Latin music and waltz orchestras would play. In the 1950's, bands played rock & roll and Italian music, and the venue was known to hold dance contests. Legend has it that it is also the first place Cem Karaca, one of Turkey's greatest rockers, performed onstage.

Unfortunately, Paradisos shut down in the mid-sixties, and remained a deserted garden until the current proprietors bought it two years ago. The first festival was held last year, and this summer, starting on July 12, there have been weekend jam sessions held at the historical venue, now named Cennet Bahçesi. So long as the weather permits, the Paradisos Sessions, in which three indie bands jam out every Saturday, will continue until October.

The Paradisos Sessions and the Burgazada Progressive Music Festival is the brainchild of Taner Öngür, a longstanding member of Moğollar - a group that revolutionized music in Turkey, and was amongst the pioneers of Turkish folk rock also known as Anatolian rock. Formed in 1967, the group itself has had Turkish rock legends Barıs Manço and Cem Karaca in their ranks. The band fused the technical aspects of pop music with the melodies ofAnatolian folk music in their heyday of the late 1960s and early 1970s, giving them the acclaimed Grand Prix du Disque prize, previously won by such groups as Pink Floyd and Jimi Hendrix. After disbanding in 1976, the band was reformed by Cahit Berkay, Taner Öngür and the late Engin Yörükoglu in 1993. Now, they are also joined by Cem Karaca's son, Emrah Karaca. A total of 13 groups will be performing on Saturday and Sunday starting at 17:00.

Moğollar takes the stage at 21:00, and will be followed by Kırıka, an Izmir-based urban folk band inspired by the music that emerged in the Ottoman Empire's cosmopolitan cities at the end of the 19th century. They perform in the spirit of Dionysus with traditional instruments such as the cümbüs, cura, baglama, bouzouki and ney reed flute.

The popular Turkish indie rock group Gevende caps off the first night. Best described as psychedelic folk, their trademark style, which also includes a trumpet and viola, is a crescendo to jamming improvisations that gets the crowd grooving.

On Sunday, folk-rock group Teneke Trampet perform at 20:00, followed by the Black Turtles, a side project by the internationally acclaimed Turkish rock group Replikas' drummer. Closing the event will be Cenk Taner, the founder of Kesmeseker, who will be joined by his band Karabataklar.

These are of course just a few of the performances on this weekend's line-up, which includes a number of musical outfits of well-known musicians brought together especially for this unique festival. One of the last remaining Turkish pantomime artists, maestro Ulvi Arı, will also be hosting a workshop open to all, which will take place on Saturday at 5:00 p.m., while Taner Öngür's Batman, Robin & Kemal jam out Anatolian psychedelic surf-rock. The festival grounds will also have a swap market with fanzines, vinyl and cassettes.

Festival organizer, Taner Öngür explains, "This festival, which was first held last year, is not in any way like the more prevalent commercial music festivals that take place in the summer. There is no organization firm or customer relations. Its musicians are all volunteers, and have organized amongst themselves to create this event. The venue isn't rented out; they will be trying to make their own living by serving food and drinks. It's all about reviving the spirit of the jam sessions of the fifties and sixties garage-style hippie music." Last year, they expected around 300 people to show up, says Öngür, however 1,200 people ended up coming out, and therefore, this year the numbers may reach up to 2,000.If you miss this weekend's festival, Cennet Bahçesi will continue to host the Paradisos Sessions every Saturday night continuing on Aug. 23, and running through to October, which will showcase three different bands. Cennet Bahçesi, which is located on Gönüllü Cad. No. 60 is also just 150 meters away from Martha Cove beach, and would be the perfect place to have dinner and drinks after a swim while listening to some excellent music.

Due to the unfortunate lack of camping facilities on the island, the festival has been organized in coordination with the final boats to leave for the mainland, which are run by Mavi Marmara and go to Bostancı. Performances will end at 24:00 on Saturday with the final boat leaving at 2:05 am and the festival closes on Sunday at 23:00, with the last boat leaving for Bostancı at 23:45. Ferry services also run to Kabatas, the latest being 23:10 on Saturday and 23:50 on Sunday. Mavi Marmara also has 24-hour sea taxis for approximately 140 TL that can accommodate up to ten people. For more details call 444 2039.