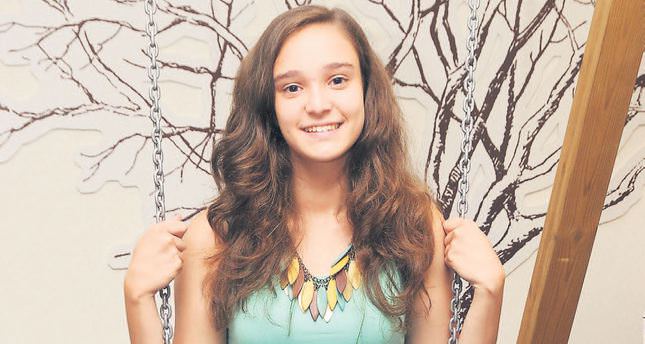 In an effort to improve the plant's conditions, man is in constant search to improve and undo the damage that's already been done. Sixteen year-old Elif Belgin has had an early start by creating bioplastics made from banana peels

Recently on my Facebook feed, I have been seeing links to a video of a 16-yearold Turkish girl from Istanbul by the name of Elif Bilgin who has successfully created a bioplastic out of banana peels. Although Bilgin was awarded the Scientific American Science in Action Award and the Voter's Choice Award in the 2013 Google Science Fair. In the video, Bilgin explains that she began the project when she was just 14, having become frustrated with the plastic pollution she saw in the Bosporus.

She found out that petroleum based plastics are causing a vast amount of pollution and that bioplastic, a type of biodegradable plastic derived from biological substances rather than petroleum, is indeed a solution. Not only is it cheaper to make, but it also works to recycle waste material.
She spent the following two years researching alternatives to petroleum-based plastic and the current methods for producing bioplastic. Although there was a bioplastic made from potatoes, Bilgin wanted to see if she could make plastic out of organic waste material rather than using something that can be consumed. Banana peels were the perfect solution as they are both high in starch and cellulose and generally thrown out. After two years of developing her project and making 12 trial runs - with only the last two successful - Bilgin finally succeeded in making a bioplastic from banana peels.

The process she uses involves dipping the peel in sodium metabisulphite solution before boiling and pureeing the peels. The resulting paste is then baked to create a type of plastic that can easily be used as cable insulation or for cosmetic prosthetics. "Anyone can use this plastic and our beautiful planet will be spared from the consequences of the production of plastics with petroleum derivatives," says Bilgin in the video that has gone viral, adding that in the meantime, she has also perfected her recipe for banana splits and cupcakes.

Bilgin, who is a junior at Koç High School, and for the past seven years has been attending the Istanbul Science and Art Center for gifted students, submitted her project titled, "Going Bananas! Using Banana Peels in the Production of Bioplastic as a Replacement for Traditional Petroleum Based Plastic," to the 2013 Google Science Fair, with no hopes, she said, of being a finalist. Her project not only won the Scientific American Magazine's Science in Action award of $50,000 (TL 108,313) for being innovative, easy to put into action and reproducible in other communities, but her work also drew in votes of support from all over the world, winning her the Voter's Choice award of $10,000. Her project has drawn great media attention worldwide since then and she has been invited to speak at Google Zeitgeist America 2013, Tedx Vienna and Tedx Istanbul. After high school, she hopes to study science and later become a doctor of medicine.

Describing herself as a hyperactive child that learned to read and write on her own by the age of four, Bilgin says she loved asking questions about anything and everything that she saw, so her parents bought her books on scientists and inventors. During a talk at TEDxVienna in December, Bilgin described the first invention she ever made, which were manual window wipers for her glasses in the second grade. "After my little project I stepped into a world of unlimited possibilities," says Bilgin, adding that she has always wanted to make a difference in the world. In middle school, she went on to win awards for two different projects, one on soilless farming and the other on designing a car using wind energy to carry heavy objects. Bilgin said that as her world grew, the problems she wanted to solve got bigger and harder.

Petroleum- based plastics cause major issues for both human health and the environment. The chemicals in these plastics seep into our food and water and have been linked to various forms of cancer, never mind that they are also a major cause of pollution in our oceans and landfills. Bilgin says she drew her inspiration from Marie Curie, a female scientist who conducted pioneering research on radioactivity, "while challenging gender norms along the way."

Curie was the first woman to win a Nobel Prize, the only woman to win in two fields and the only person to win in multiple sciences, namely physics and chemistry. Check out this intelligent, beautiful, charming and inspiring young Turkish girl, who is being discovered worldwide for her contribution to science. "I don't think that it is your age that determines the potential you have, it is the unlimited imagination you have that gives you the unlimited potential to create," says Bilgin.
Last Update: Aug 22, 2014 2:25 am
RELATED TOPICS