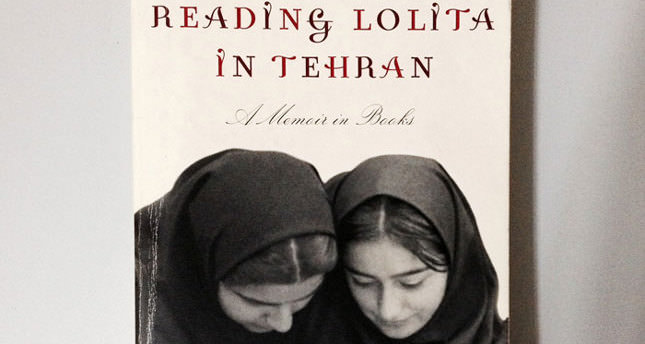 Her book is a diary of a revolution. Flashbacks from her past reveal a time that capture the reader's attention, and gives insight intoto an Iran very few know

Some writers are better known abroad than in their own countries. Such is the case of Azar Nafisi, who was born and partly educated in Iran, one of those countries "hidden behind the veil" and about which we seem to read and watch a whole lot of things. Among the reasons why authors like Nafisi are regarded with more than a little suspicion in their own countries are the feeling that they are exposing private, "family matters" and that they tend to tell the story of a particular class. The ban against the book notwithstanding (Iranians know very well how to get their hands on banned books), the fact that "Reading Lolita in Tehran" has been much more successful in the U.S. than in Iran (or indeed Europe) tells us what kind of an audience Nafisi was aiming for.

Nafisi's book offers an anatomy of the Iranian revolution as observed by a self-identified left-leaning intellectual. She talks about how her literature classes became more and more difficult to conduct at the university due to the demonization of "Western" literature by the revolution and how the classes slowly transformed into a kind of book club that she held in her own living room. The format of the conversational atmosphere of the book club may be one of the reasons why the book appealed to American readers so much, as book clubs are a popular platform for exchanging ideas in an informal manner in the States. In the book, while there is a revolution raging outside, women get together to discuss literature, and for the eager American book club member (some editions of the book actually come with suggested book club discussion topics – another proof of who the book is intended for) this is a world that is at once familiar and exotic for the reader.

The book does not follow a straight chronological line. The discussions in the book club lead to remembrances of things past, particularly to do with instances of how the revolution that started as an anti-imperialist movement gradually turned into an "Islamic" one. She gives a very good panorama of the leftist movement – largely peopled by the bourgeoisie, as it is in countries like Iran and Turkey - and how they tried to "save" the revolution from ending up in the wrong hands. The psychological war, the arrests, the protests, the journals, notices and assassinations are recounted in very sincere and eloquent terms and the book gives the reader a very clear picture of how revolutionary Iran completed its transformation into the Iran envisioned by Khomeini.

The book club meets in the "leafy" (she keeps repeating) neighborhood where Nafisi lives – a description that is again very easily recognizable for her target suburban American readers. Apart from "Lolita," which is naturally singled out for the title, they read "The Great Gatsby," "Daisy Miller," "Washington Square" and "Pride and Prejudice." Nabokov too was banned in both Russia and his adopted country, the U.S. It is also true that Nabokov was not that popular when his books came out in the puritan world of the 1950s. He too, in effect, was, in his lifetime, one of these writers known abroad better than in his homeland(s). Although "Lolita" is known primarily to be about an abusive relationship between an older man and an underage girl, it also exposes the commodity fetishism of the '50s and is about "family matters" that U.S. authorities might not want to talk about. If I continue with my claim that the book is written for an American book club audience, choosing Nabokov, "the scandalous (even for America!) writer," with the country of oppressions, Iran, is an excellent way to sell the book. According to Nafisi, the book speaks of the little despotisms of American consumerist culture. The way Humbert Humbert seals all ways of escape for Lolita, she says, is a perfect analogy to the relationship between Khomeini and the captive Iranian people.

One of the problems of the memoir is that Nafisi constructs herself as a lone warrior in resistance against the regime. She depicts her house as if it were the only space in the whole of Iran where women can come and shed their various layers of clothing and easily be "subversive" by the very act. Nafisi describes these acts of unveiling with full orientalist relish - it is as if no woman has taken off a scarf in an Iranian house before, nor has this movement been detailed with such slow motion exactness. More than once in the narrative she tells the reader "Imagine us, imagine us reading 'Lolita' in Tehran!" in case the imagination of the reader has not taken high enough flights of fancy.

Once Nafisi gets over this unveiling moment, which for her is the epitome of transcendence, she becomes an interesting literary critic, raising pertinent questions about the texts they are reading. But just as you are following her erudite discussion about the symbolism of a dance scene in Austen, she interrupts your train of thought and tells you about how her living room is the place in Tehran for such "transgressions," how they're doing the "undoable" and thinking the "unthinkable." The book mythologizes the opening up of Nafisi's students in both senses of the word to such an extent that it leaves the reader wondering if these girls dare take off their scarves or speak a word about anything anywhere else at all. The narrative disregards any other act of resistance that may be taking place elsewhere in Tehran.

Although Nafisi's narrative is giddy with the importance of her "transgressions" - and one does often ask the question "Oh Editor, where art thou?" she still has very sharp observations about the expected and unexpected results of the revolution. One of the students who comes to her classes/book club is Mahshid, who is and has been a hijabi by choice even before the revolution. We are given to understand that before the revolution Mahshid was looked down on by her "westernized" classmates because she wore the hijab, and now that everyone is wearing the headscarf by choice or coercion, she feels her choice is devalued by the very regime that claims to value Islam. Nafisi also talks about how when the hijab rule started, the university built a curtained section right at the entrance gates and that it was in these "cubicles" that female students were thoroughly checked and told how appropriate their clothes are for Islamic modesty. The description of these cubicles and what goes on inside them provides tragi-comic relief for Turkish readers – to see that it was the Islamic Iranian regime that enforcers of Turkish secularism chose to model their tactics after.

Throughout the memoir Nafisi refuses to acknowledge fully - though this is implicit in the narrative - that during the revolution the ranks were divided at least partially by class grievances. She gently reminds us through a conversation with her mother, that the Nafisis have been of the intellectual classes of Iran for 14 generations. She tells us how Tehran airport was a venue for wonderful parties before it lost its soul in the revolution - never questioning once how that magical life was sustained and who had access to it. Coming from a world-travelling family, she experiences limits to her mobility only when the regime makes it difficult for the vacationing classes to obtain visas. Nafisi says, without a whiff of self-irony, that post-revolution Iranian youth who have not watched the films she has watched, who have not listened to the songs she has listened to don't have a history to call their own. At certain points in the narrative she has to admit, almost despite herself, that women were forced to dress in a certain way before the revolution as well. She describes the first conversation she had with her first husband, who thought women should dress in a "feminine" manner and remembers how she realized during that very first conversation the relationship would hit the rocks soon because of this and similar expectations on the husband's part.

None of Nafisi's other works have been quite so widely read, but then again, most of her "other work" has been talking at several platforms about the evils of the Iranian regime and how women are oppressed in Muslim countries in general. In her memoir, Nafisi portrays herself as always having moved in leftist circles through most of her time in Iran and the U.S. However, when she appeared in an Audi automobile ad a couple of years ago, libertarian feminists started to view her political position vis-à-vis capitalism as more and more questionable, and she had to give up her claims on her leftist credentials. Nafisi may have ended up in a place where she has become a card-carrying consumerist (she has, elsewhere, waxed lyrical about the day she got her American citizenship), still, "Reading Lolita in Tehran" remains a readable narrative of revolution and a particular woman's way of organizing resistance against it.
Last Update: Oct 13, 2014 10:11 pm
RELATED TOPICS