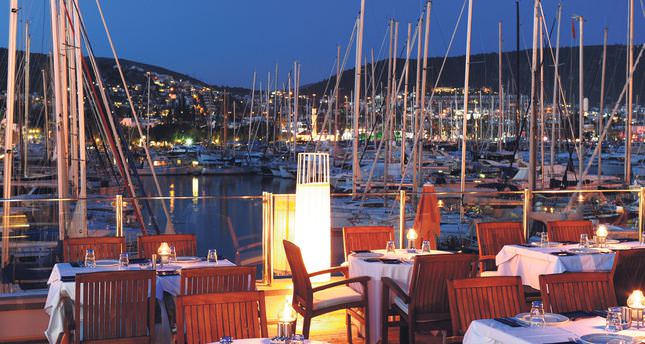 At 21.54 euros a meal, Istanbul is the second cheapest destination in Europe for luxury dining. Savour a meal in good company with breathtaking views

Refreshment club Gastroclub studied the average cost of a meal served in restaurants appealing to low and high-income groups in 30 tourist cities in Europe. The study revealed that Copenhagen is the most expensive city where the high-income group dine. According to the study, a person pays approximately 87.18 euros (TL 243.80; $112.92) to eat a luxury meal in Copenhagen. The cheapest city is the Bulgarian capital Sofia at 20.40 euros, while Turkey follows Sofia at 21.54 euros. The average cost of a luxury meal in Europe is 44.93 euros.

Speaking to an Anadolu Agency (AA) reporter, Gastroclub founding partner Çaglar Karatas gave insights into their study. He noted that the study took low and high-income restaurants into account and that the cost of alcohol was not included. He said that it is not surprising that Copenhagen is the most expensive city since it is a gourmet city. He pointed out that Copenhagen is the home of two Michelin star restaurants, "Noma" and another restaurant, both serving high quality dinners, adding, "You have to make reservations weeks in advance and be willingly to pay 228 euros per person in order to eat at Noma." He said that Denmark is followed by Switzerland, Luxemburg, Sweden, England and Malta, regarding the most expensive countries.

Karatas said Sofia is the cheapest European country, and it is followed by Istanbul and Prague.He noted that as these countries are not parts of the eurozone and their money is cheaper compared to the euro, it is perfectly normal for them to be the cheapest ones. He pointed out that Istanbul is one of the cheapest cities in Europe both for low and high-income groups. He said that in Istanbul, tourists can have a "fine dining" experience for half the price that they would pay in Europe. "I want to make it clear that "cheap" is a relative term," said Karatas, adding, "Although dining in cities such as Sofia, Istanbul and Prague is not as pricey as other European cities, it is not cheap for their locals since their level of income is lower than their counterparts in other parts of Europe." He added that Istanbul is becoming a "Gastro City."

He said the increase in raw material prices affected the cost of meals in Istanbul and they are expecting this increase to go on for a while. "Prices on the menus will soon be affected by this increase," said Karatas. He also stated that the increase in purchasing power indicates a great potential for the luxury restaurant business in Turkey, noting that they believe Istanbul can meet the demand, regarding business dinners. Although the "50 Best Restaurants in the World" list does not feature any Turkish restaurants, Karatas said the quality, service and price balance in Turkish restaurants is better. He said: "The economic crisis that has been going on in Europe for years is a good opportunity for Turkish business men to buy or be a partner in luxury restaurant chains. Ferik Sahenk bought 50 percent of the English Roka and Zuma restaurants, which are the best representatives of 'fine dining' restaurants in the world." He said that the increase in the number of people living in cities and people working in offices for the last 10 years in Turkey changed eating habits. "The number of cafes and restaurants scaled up in Turkey," he said.

According to the study, high-income-earners pay 44.93 euros per person for a meal, while the lowincome- earners pay 9.50 euros. The study revealed that Scandinavian countries and Switzerland raise the standards. In addition, total restaurant expenses in Sofia, Istanbul and Prague are less than half of the European average. Moreover, the study showed that Geneva, Dublin, Luxemburg, Milano and Amsterdam are the most expensive European cities for the low-income group.