Blacked out bay: Inside Guantanamo 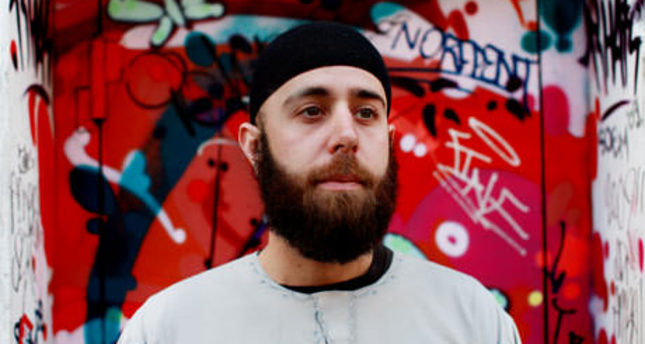 Terry Holdbrooks, a Guantanamo Bay Detention Camp prison official who was discharged from his duty, tells the story of the prisoners detained in the camp with a bitter truth that is untold to the world via Vice News

Vice News produces accessible and informative video documentaries covering topics from the Middle East to Africa and Latin America. All episodes are openly available, and are uploaded to YouTube on a weekly basis. One of these resources is about Guantanamo Bay in Cuba where several Vice News reporters made a trip to the prison in order to cover what it is like to be living in Guantanamo.

They also wanted to interview detainees to get the points of view of the prisoners, but prison officials barred them from doing so. Part of this documentary was dedicated to telling the personal story of Terry Holdbrooks, a former guard at Guantanamo Bay Detention Camp, who was honorably discharged from duty in October 2005. Holdbrooks, who had converted to Islam, became an anti-Guantanamo activist after his dismissal, and moved back to his home state of Arizona to pursue a degree in sociology from Arizona State University in Phoenix. After graduating, he wrote a book entitled "Traitor?" which describes his drastic transformation from prison guard to anti-Guantanamo activist. Recently, I had a chance to take a look at his book. It was one of the most exceptional pieces I have read lately along with Max Blumenthal's "Goliath: Life and Loathing in Grater Israel."

In his book, Terry harshly criticizes the United States' post-9/11 mindset toward Islam and its sacred "crusades" in the Middle East on the behalf of democracy. In one of Holdbrooks' speeches he delivered at the Islamic Community Center in Phoenix, he expressed, ''When you walk in Camp Delta – one of the subdivisions of Guantanamo prison – the first thing that will hit you, overpower you and stop you in your tracks is the smell. You have 780 men from 46 different countries throughout the world that are sweating profusely in their clothes, cooking in metal cages 24 hours a day. After seeing this dreadful scene, I decided that I have all the freedom in the world, yet I am miserable; and these guys, they are going to die in a cage, and they believe that God cares about them; so, maybe I should learn more about Islam." He closed his inspirational speech by saying, "We have to be out there, we have to be vigilant. Why don't more Muslims condemn terrorism? Why don't we actively speak about how that is wrong? Why don't we actively speak about this is not Islam? I think it is because many Muslims don't necessarily understand that they have the power to do that or they are capable of doing that. I think they are afraid. You have the right of freedom of speech, you have the right to assembly, use it!" he decried.

Guantanamo prison was essentially built on Cuban soil because if it had built in the U.S., "state laws" would have to be enforced at the prison; thus, it would prevent any application of "cruel and unusual punishment." Since its establishment in January 2002 to detain, interrogate and prosecute prisoners of the now-infamous "War on Terror," Guantanamo forged its reputation through severe and dreadful practices of force-feeding, torture and extortion. Some prisoners were captured to be held indefinitely, brought to Guantanamo, tortured for years and released with a "formal pardon." President Obama, during his tenure, has constantly pledged to close Guantanamo although he has never succeeded in doing so. The U.S. Congress imposed restrictions on either transferring detainees to other countries or bringing them into the U.S.

In his speeches, Obama has publicly criticized this particular restriction and the overall attitude of the U.S. Congress vis-à-vis Guantanamo. In the documentary, Vice News reporter Gianna Toboni asks Daniel Klaidman – the author of "Kill or Capture: The War on Terror and the Soul of the Obama Presidency" and national political correspondent for The Daily Beast and Newsweek – "What is the legacy that America leaves behind with this operation?" Klaidman replies, "We succumbed to our fears and in doing so, we restricted liberty in a fundamental way. In the same way that we did during World War II when we opened internment camps for Japanese-Americans. Unfortunately, it is a pattern that repeats itself, and I suspect, always will. So, we have to live with it, learn from it and try not to repeat it."

Undoubtedly, we are living in the epoch of strife and turmoil. To the point where it is difficult not to dwell in pessimism, and think that we, as humanity, are embarking upon a dark end. This is especially relevant when observing the mayhem of groups like ISIS, al-Shabab or Boko Haram who kill, torture, enslave and extort, all exerted on the behalf of Islam. Of course, someone who bears even a basic knowledge on Islam would know that what they are doing cannot ever be justified in Islam. Perhaps, as Charles Dickens expresses in the introductory sentence of his famous novel "A Tale of Two Cities," that, "It was the best of times, it was the worst of the times." It may be the worst of the times because tendencies, which associate Islam with terror, grow bolder each day. However, maybe it is the best of the times because this environment cultivates golden opportunities for righteous Muslims to speak out and stand against any form of violence and terrorism that is particularly used in the name of Islam. It is time for us to fight against this misconception of "jihad." As any Muslim should know, the greatest jihad of a Muslim is his or her fight against "al-nafs." We know that a righteous Muslim's jihad is his or her fight against the struggles and obstacles on the path of intellect and wisdom. And we know that the world cannot be an illuminated harbor if we persistently stand against darkness.