Restoring hope in the heart of a nation 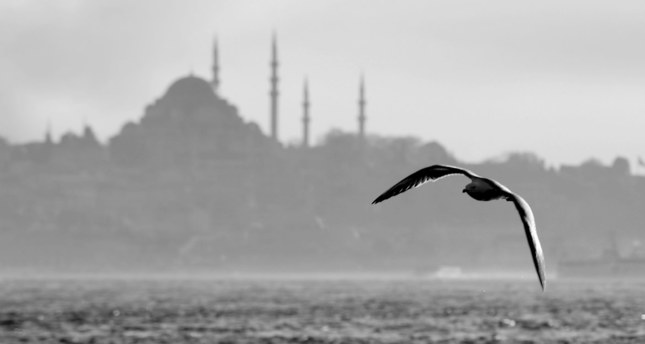 Once doomed to being housewives only, with their newly regained rights and freedoms, women wearing the hijab, are active in all facets of life from entertainment to Parliament and are a reflection of the changes in Turkey

It was the summer of 2002 when I first set my eyes on the glistening Bosporus, mesmerized by its unmatched beauty. As far as cliches go - it was love at first sight. Very far from the land I was born and raised, I knew then and there that Istanbul was my fate. Unaware of the hardships awaiting me as a Muslim woman who wears the hijab, I decided to take a leap of faith and made the move to Istanbul.

With a few items of clothing and AU$50 in my purse (just don't ask!), I flew over oceans and seas. Bright-eyed and dreamy, eager for a new beginning, my plane landed with a thud and a bite of reality. Living in a run-down terrace apartment with the support of my only friend in the megacity, I feasted on dry bread and tap water for the week. I was still in love, but was quick to learn that love doesn't pay the bills. Something had to be done.

I whipped up an impressive - and honest - curriculum vitae and started applying for jobs online. I was pleasantly surprised when I started to receiving replies with requests for an interview in only a matter of days. It was only then that I began to comprehend the importance of English language skills in Turkey.

My first interview was with an established institution and the remuneration package was quite impressive at the time, considering minimum wage was TL 250-TL 300 only. As impressive as I was - the HR manager's opinion - and although I had met all the criteria, I was turned down on the basis that I wore the hijab. A blatant case of discrimination.

Quick to learn that my hijab was my hindrance and employment with a well-established institution was impossible - even though it was not a state institution - fury began to engulf me. I failed to understand why, but I was determined. My first disappointment in job hunting in the city was not going to be my last. I needed to make a living, so I didn't differentiate between jobs. Applying for a position as a babysitter for a Turkish family that wanted to raise their three-year-old twins in an Englishspoken home even ended in disappointment. The mother was ready to hire, yet she had one objection only: the hijab (surprise surprise). She would only "allow" the "babysitter" to wear hijab while off-duty and away from the family.

I finally came to terms with the situation and restricted my job hunting with the classifieds in dailies recognized for being conservative.

Soon after I landed a job in the media sector. I worked outrageous hours at minimum wage with no social security. I didn't have much of a choice, so I persevered. My boss had felt it was his "duty" to hire hijabi women, because nobody else was willing to hire "them." Working 12-to-14-hour shifts six days of the week without social security, being kept locked behind doors when clients known to be left-inclined paid visits, lying to callers during the month of Ramadan, telling them the boss is out for lunch, when he is in fact fasting - because any association to religion meant you would lose business - being told that we would not be able to find work elsewhere when we asked for a raise, were only some of the things we experienced as women wearing hijab in the pre-Erdoğan period.

On May 2, 1999, Merve Safa Kavakçı, a Turkish politician wearing the hijab - and deputy for the Virtue Party (FP) - was booed out of Parliament during her oath-taking ceremony by members of the Democratic Left Party. Qualified teachers wearing the hijab were either refused employment or were asked to uncover their hair to be allowed to even set foot in the school. Similarly, students were forbidden to enter school grounds or classes wearing the hijab.

Women were given an ultimatum; removing the hijab would be their only chance to get a proper education and a career, i.e. have a future.

Today, women wearing the hijab can be seen active in all facets of life: teaching at schools, both public and private, as students, attorneys in court, deputies in Parliament, professionals in all lines of business. Finally, in a country with approximately 60 percent of the female population wearing hijab, it is possible to see women in hijab on national television. Once upon a time, you wouldn't even see a woman wearing hijab on the street shots of a TV series, whereas now there are popular TV series that have their lead actresses wear hijab. Magazines that cater for both women who prefer to wear the hijab and those who don't, decorate the stands along with a myriad of others.

This is the new face of Turkey; one that embraces and includes all women and gives all an equal opportunity in life, regardless of their appearance, lifestyle and beliefs.

The majority who have not experienced such discrimination or anything like it cannot understand that this is only one of the reasons why half the nation continues to cling onto President Recep Tayyip Erdoğan. The more Erdoğan is attacked, the tighter the grip becomes, because we no longer want to go back in time. We no longer want to keep our silence while we are denied our most natural rights and freedoms.

Twelve years ago, I used to walk past the Sabah newspaper building in Beşiktaş everyday and wondered if I would ever be able to work at such a place. Today, I work at the same building as the chief copy editor of Daily Sabah. Need I say more?
Last Update: Sep 19, 2014 10:27 pm
RELATED TOPICS