The streets that whisper our names 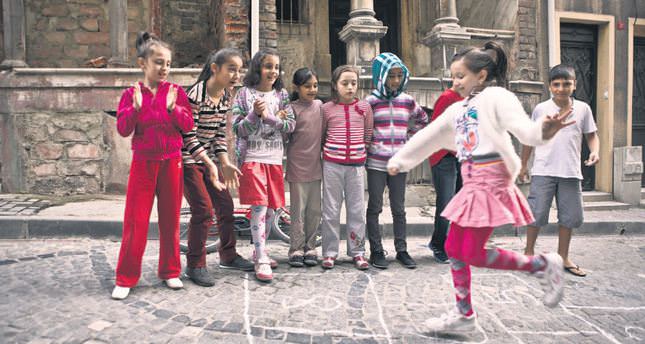 At the beginning of the 90's, children, especially those living in big cities, had many things to do in their spare time. Parents used to leave their children to play in the streets only with one condition: They must come back home before sunset. While playing with their peers, they sometimes came back home for pocket money to buy treats from the local corner shop. Mothers would go on to do housework while the children played.

I didn't think my childhood was all that interesting even though I found myself in the streets with my friends in order to escape the suffocating aspects of home even during my adolescence. The neighborhood that felt so big, the streets that felt so wide, the corners that were great to hide in are now just another neighborhood to the common eye. But for me, it was and still is a significant part of who I am.

Every day, we went outside to experience a new adventure. Street games were a significant part of my childhood. I remember we made a schedule to set which game we were going to play on different days. We did not have a complex schedule, and girls and boys used to play on their own from morning to the mid-afternoon. When recalling the games the girls played, jump rope is the first thing that comes to mind, as it also happened to be one of the most common street games. Girls would stand next to each other and pass the rope through their ankles. The task is to jump over the rope without stepping on it while telling tongue twisters. In following stages, the rope rises toward the knees and waist that makes the play more difficult and exhausting. We used to bring any kind of rope from home, and there is nothing else you need.

The boys used to form teams and play football matches, and I believe wholeheartedly that adult men miss their old street games. The distance of goalpost was set by putting two stones on each side, and the winning team generally got ice cream as a reward. Girls did not want to see the boys who were sweating and shouting loudly while running along the street, and we never complained about them unless they bothered us while we were playing. When we got tired of jumping rope, we used to buy sunflower seeds and wait until we could play with the boys in the evenings. When the sun began to set, girls and boys used to gather and select a game. We generally tossed a coin to decide among various games such as a cycling competition or dodgeball. Girls and boys fiercely competed against each other. While playing dodgeball, two teams are formed at first. Players throw the ball to the other team members who try to avoid being hit themselves. We were running rapidly to escape from the ball coming toward us. But as soon as the evening adhan was heard, everyone used to go back home and wait for the next day's games.

Many little children of the 80's and 90's did not have chance to learn about the outside world through one click while sitting at computer. However, they experienced a unique childhood that next generations do not enjoy. The 1990's was an unsteady era, just like today. The impacts of the Cold War, the Sept. 12 coup, the Gulf War, unidentified murders and many other events were felt in every aspect of life. I do not know whether the voices of children rising from the streets overwhelmed the residents of the neighborhood. However, I think a street full of children's cheerful laughs is more peaceful than the political chaos of 2000s, a lack of satisfaction among family members, social distrust, overweight children, families lacking authority and technologyaddicted youth.