An alternative view of Istanbul 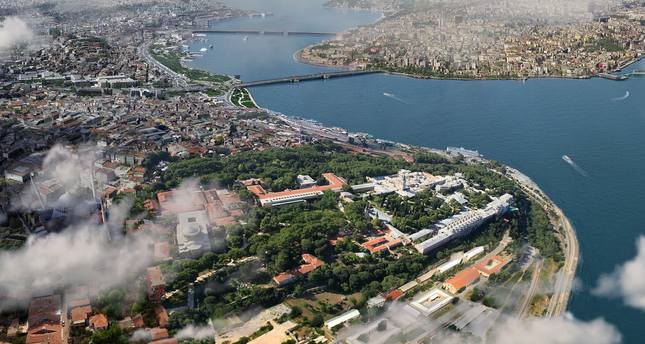 As Istanbul witnesses a considerable increase in the number of tourists each year, the number of ways to entertain them continues to grow

Unsatisfied by simply admiring the Blue Mosque from the banal ground, some of the 11.6 million people that have visited Istanbul so far – according to the annual MasterCard Global Destination Cities Index released in July – increasingly prefer to explore the marvels the city has to offer from above.

"We've been organizing individual helicopter tours in Istanbul since 2000, and our 15-minute regular tourist tours on Sundays began in April this year," said Kemal Suler, the general manager of Kaan Air, one of two main companies along with Sancak Air that provides helicopter tours in the city. "We've had 200 customers since August. The demand has been increasing by the day."

The company offers a variety of "flight-seeing" routes, from the Golden Horn to the historic peninsula, the Bosporus and the nearby Prince's islands.

"We've had some customers who took the same tour three times. Some people ask if there is another tour, which takes longer, while others say they will come and fly again with friends," Suler said.

Sevinç Akdoğan, who works for tour operator GeziciYAK – which has been organizing helicopter tours since 2006 – said helicopters are a unique choice for their customers.

"Almost everyone knows what traveling by plane means, but less have had a helicopter adventure. It is a very different and exciting experience especially during takeoff and landing. Some people prefer helicopter tours to experience the adrenaline, others want to have special moments with their loved ones, and a majority wish to see the touristic sites of Istanbul from the air," she said.

"We have four helicopters that we use for air taxi services. They fly around 70 hours a month," said Berkant Evdan, a tour operator and planning specialist with Sancak Air.

Air taxi services, at more than TL 1,000, are much more expensive than regular tourist tours because they are tailored to the customers' wishes. The customer is picked up whenever and wherever they want and dropped off at the location of their choice.

Moreover, they shorten travel-time significantly and provide an alternative in traffic-infested Istanbul.

Indeed, Istanbul is the second-worst city after Moscow in terms of traffic congestion in Europe, according to TomTom, a Dutch manufacturer of navigation systems.

But, air taxis are also used for celebratory purposes. "Around 20 percent of air taxi services include customers who want to arrange a marriage proposal or to celebrate a loved one's birthday," Evdan said.

Still, the majority of tourists simply wish to benefit from a unique vantage point to admire Istanbul's architectural gems.

"The number of tourists coming from the Middle East as well as America and Europe for 30, 45 or 60 minute individual tours are greater than the number of Turks," said Suler.

However, winter adds a damper to tourists' wishes of escape through flight, as there is a 25 percent decrease in sales because of harsher weather conditions, Akdoğan added.