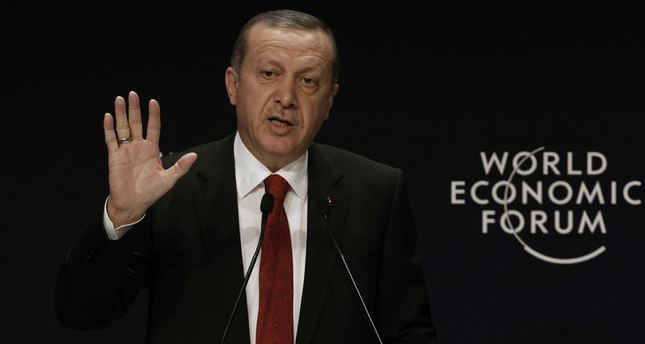 The world witnessed the deadliest conflict in human history during World War II, which resulted in the deaths of more than 60 million people and massive destruction across continents. After the war, a new international order was designed by the victor nations, which led to the establishment of the U.N. in order to prevent such conflicts, maintain world peace and promote international corporation between countries.

In line with this purpose, the U.N. also established the U.N. Security Council (UNSC), which has the authority to conduct peacekeeping missions, impose international sanctions and authorize military actions through resolutions.

In last 20 years, however, the UNSC has failed to carry out these resolutions. The UNSC was not able to find comprehensive solutions to the disputes in Rwanda, Bosnia and Herzegovina, or more recently in Syria and Iraq. These conflicts have led to the deaths of millions of people, mostly unprotected civilians, largely because of the squabbling among the five permanent member states and their gross inaction.

The main reason of this failure is the veto power of the five permanent countries on the UNSC, which consist of the U.S., U.K., Russia, China and France. That power has been used in conformity with each state's national interests even though the majority of these decisions have determined the destiny of other nations in world.

Ongoing conflicts on Palestine and Syria are prominent examples of this situation. Israel, a nation that illegally expands its borders into Palestinian territory, has not had to address a single significant UNSC resolution due to protection by the U.S. using their veto power to create an "immunity shield" for Israel, its strategic ally. The same situation has been observed in Syria where Russia and China use their veto power according to their national interests in the Middle East. Together, both of these examples of obstructionism continue to cause regional deadlock while millions of innocent civilians are slaughtered, forced from their homes or both.

An international civilian network, pioneered by the Turkish youth movement, the Young Civilians, has launched a campaign in New York called "Bigger than five," amid the U.N. General Assembly meetings, in order to draw attention to this unjust structure of the UNSC. They announced the reason for establishing the campaign was because they "believe that a functioning and democratic United Nations is crucial in solving international conflicts that threaten the lives of millions. However, we cannot accept the undemocratic practice of veto right. So, we want the United Nations to drop the veto rights of the permanent members of United Nations Security Council."

The campaign, which is planned to last for the next two years, published ads in The Washington Post, Le Monde and The Guardian newspapers that are published in the U.S., France and the U.K. – three UNSC permanent members who have veto power. Volunteers said that the Moscow Times and China Daily refused to publish ads.

This is not the first criticism against the structure of the UNSC. Some politicians and academics have drawn attention to the issue before. In 2011, then Turkish Foreign Minister Ahmet Davutoğlu pointed out the necessity to reform the format of the U.N. He said, "We need a new understanding of the United Nations. It's supposed to be reflecting a new balance of power of the world and should [include] all countries, not just the victors of World War II.

In 2013, Saudi Arabia rejected an offer by the U.N. to sit on the UNSC for two years as a non-permanent member. After the rejection, the Saudi Foreign Ministry pointed out the failure of the UNSC in its duties toward Syria as a reason for rejecting the offer, including the UNSC's inability to prevent the Syrian regime's killing of its people – including with chemical weapons – without facing deterrents or punishment. They said they would be unable to take a seat until reforms were introduced.

Recently, Turkish President Recep Tayyip Erdoğan criticized the U.N. while at the U.N. General Assembly, specifically concerning the UNSC, and said that he believes the current structure of the organization is an obstacle to resolving the ongoing problems around the world.