Eid al-Adha: Fulfilling the duties of a centuries-old Islamic rite 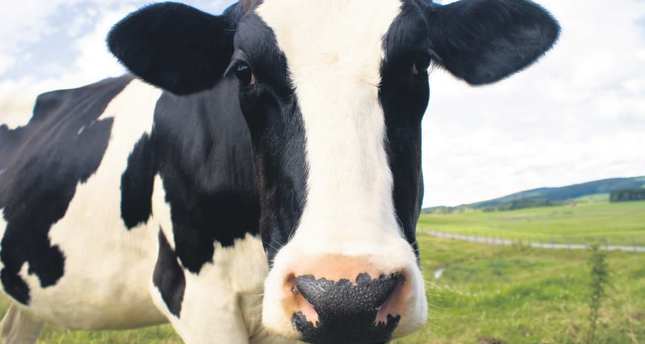 After many years of patience and sincere supplication, Prophet Abraham's prayers for a child with his wife Sarah had finally been answered with the birth of their son Isaac. Some years later, Abraham received a vision in a dream to sacrifice his first-born son (Ismael) to Sarah's handmaiden Hajar as a testament of his faith. As a believer and a man of faith, Abraham traveled to Mecca to share this knowledge with his son. The son, who was by now a young man, responded to his father with trust and acceptance of God's command. So, Abraham and his son set out to the place that had been revealed in the dream. During their journey, Ismael was stopped three times by Satan who was disguised as an old man. Satan instigated Ismael to disobey his father and flee for his life. The young man, also a firm believer like his father, threw stones at Satan on all three occasions in turn repelling him and allowing the companions to continue their journey to the sacrificial site. Upon reaching the intended location, Ismael put his head down on a rock in preparation for the sacrifice. As Prophet Abraham brought the knife to his son's throat, readying himself to carry out the sacrificial rite, a ram appeared before him. The voice of the Archangel Gabriel - conveying the message of God - informed both father and son that God had received the sacrifice without requiring the death of Ismael in the form of the sincerity of their intentions. The ram was to be offered instead of the son, and Prophet Abraham willingly sacrificed it.

The story of Abraham and his eldest son Ismael is the spiritual and historical foundation of Eid al-Adha (Feast of the Sacrifice, Kurban Bayramı in Turkish), the three-day Muslim holiday which also culminates the pilgrimage of Hajj to Mecca, in the Kingdom of Saudi Arabia. All Muslims must attempt to make the pilgrimage to Mecca - one of the five pillars of Islam - known as "al-hajj," at least once in their lifetimes if they are physically and financially capable. The accepted time of hajj is between the eighth and 12th days of the Islamic calendar month "Dhul Hijjah," the last month of the Muslim lunar calendar. Eid al-Adha begins on the 13th day of Dhul Hijjah, the day after the rites are completed, which will be Saturday, Oct. 4 this year.

The Bayrampaşa Municipality in Istanbul has initiated a Kurban project which allows Muslims to fulfil the requirements of their religion while providing the best possible care for the animal. The two level building located in the Kocatepe district mega center, which was used as a prison in the past, now has five functions: a parking lot, bazaar, sports center, homeless shelter and a center in which farmers from around turkey can bring their cattle to sell them during Eid al-Adha. The 16,000 square meter public space, which has the capacity to house/ hold over 3,000 cattle, currently has 2,000 head of stock stored to allow the animals maximum space for comfort. Each animal is thoroughly inspected by a registered veterinarian to ensure it is of suitable age, is not pregnant, afflicted with disease and generally in good health. The animals that are cleaned and inspected daily are ready for buyers over the course of four weeks in which buyers can choose their cattle and keep them on the grounds until the first day of the festival when the animal is sacrificed.

The site has individual stations, or lots for each head of livestock. Caretakers and cleaners ensure the animals have sufficient food and clean water at all times. The areas where they are stationed are constantly cleaned and deodorized. The sellers/farmers are given special uniforms which must be worn only in the areas where animals are kept for hygiene purposes. The premise which holds the livestock is under 24-hour security surveillance. The owners are housed on the top floor of the building in selfcontained dormitories with access to the video surveillance.

Buyers have the option of taking the animal home or, for a small fee, have the animal sacrificed on site by professionals. The slaughter line which runs on a high-tech monorail system has the capacity to slaughter, skin, cut and package an entire animal in four minutes.

This project that the municipality has organized provides farmers from around Turkey with an opportunity to do business at a local trading center while fulfilling the requirements of their religion in a healthy and safe manner.
Last Update: Sep 30, 2014 2:26 am
RELATED TOPICS