What does being a man entail? 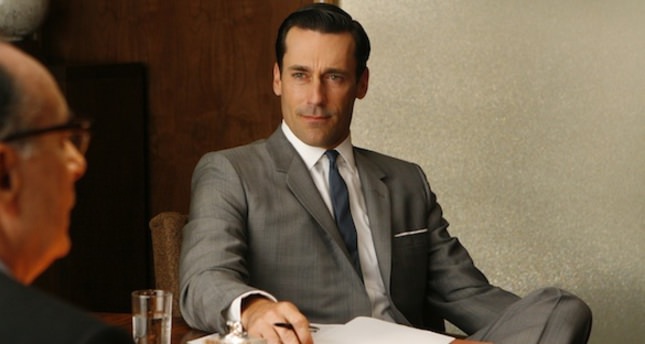 Defining gender roles is a discussion that is as old as time itself. Often the topic of discussion is a woman’s status in society leaving very little room for what is means to be a man. Perhaps it is time to move the spot-light a few inches to the left and focus on men

One may hear different suggestions regarding the question "how to be a man," however the question "how a man should be" remains unanswered. This argument might sound unfair, yet the question does not have inherent or innate answers. Similar to the standardization of femininity in pop culture, there is an increasing set of norms in manhood as well. A man is generally expected to be well-educated, very talented with a wide range of hobbies, work at a high-salary job and have a luxury car. He should also look athletic, live in a luxury residence while single, know every detail about love affairs, however transform into a loyal family man working in a prestigious position when married and, of course, be interested in football, politics and travel. What is more, they are expected to be 5 centimeters taller than women, look stronger, older and more educated than their partners. We can add to our bizarre list, yet the more men fulfill such expectations, the more they appear masculine.

Many women think such norms are none other than the very merciless outputs of the modern world. Women envy men who are able to strut out in a t-shirt and pair of jeans only, especially when they are late to work after dedicating hours looking for the most suitable bag or watch. This is because women are supposed to realize specific roles and targets. With reference to the above-mentioned list, however, it also appears difficult to set the expectations for men in many other subjects.

Men, women and children are all surrounded with the cultural norms that discipline their lives. I am talking about a preoccupation that restricts our movements and settles our choices. There is only one difference though – the preoccupation on women is more visible. Women always place their problems into plain sight and criticize and demand more. Our society has also a persistent tendency to discuss issues over women, question their roles and remind them of their tasks. From child care to sustaining peace in the family, all of the roles assumed by women are regularly scrutinized under the microscope. Even further, when they want to engage in politics, they first introduce themselves in the female branches of political parties and they express themselves through femininity.

Well then, has the nature of manhood been unchanging since the beginning of humanity? Interestingly enough, the roles of men in the family and life are not found worthy enough to be explored. From a historical perspective it could be suggested that men attempt to create their own hegemony in every culture and act based on power relations. They even establish their own dominance while holding power and wealth in their hands.

The common definitions of manhood are based on a literature, which blames men, represents them as monsters, the cause of all troubles and the creators of a thought system that discusses the issues from the point of macro power and power relations. These definitions are diversified when manhood-related problems are referred back to a mother's parenting style or lack thereof.

The next question is how such widely recognized generalizations can be valid for all fathers, children and husbands? Is the relation between men and manhood established on egotistic dominance and the ambition for power or money? Is it somewhat unfair to think that men prioritize masculine feelings in their behavior? More importantly, do all men have an unchanging nature?

Both the aforementioned definition of manhood formed within the framework of capitalist consumption codes and pop culture and the traditional hierarchy between dominant men and obedient women are not enough to give us an inherent answer. Similar to women, there are many tasks on the shoulders of men that have not yet been opened for discussion with a social perspective. The issue of power is actually an output of the definitions of the "manhood ideal." What is even worse, men do not want to discuss their roles due to the red lines that prevent them from examining their own nature.

As I said at the beginning, we may answer the initial questions from the point of popular culture, religion or society. Unfortunately, such answers are not innate and do not address the nature of manhood. For instance, men are encouraged to be good family men and have a high position. However, they are not told how to achieve this, instead they are expected to create their own world of power and fulfill the expectations without assistance. This idea is not only seen in the modern world, but also our religious life.

Based on a religious discourse, the roles of women such as motherhood, being a good wife, how to spend leisure time, the responsibilities toward husband and children and sustaining peace in the family are continuously remembered. However, the words "men" and "family" never come together in discussion. In other words, we never talk about men who pass family tasks on to women and leave their partner alone to raise the children, but whose life is the same even if he is married and becomes a father. Earning money is considered enough to be a responsible man. What I discuss here is not personal. For example, whether working conditions prevent men from taking care of their children has not been discussed.

If we go back to the main question, there is no need to answer "how a man should be," but it is necessary to review the existing answers of this question. The issue of manhood should be thoroughly explored in every field from education and media to cinema. Bear in mind, men are also suffering from prescribed and standardized roles at times.

Meryem İlayda Atlas is Editorial Coordinator of Daily Sabah. She is board member of TRT, the national public broadcaster of Turkey. Atlas also serves as a visiting scholar at Çanakkale Onsekiz Mart University.
Last Update: Oct 03, 2014 2:22 am
RELATED TOPICS