Sultan of the city Sivas 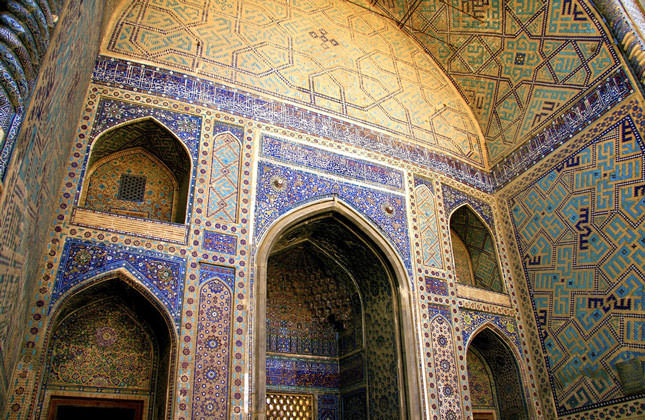 Bayram/Eid al-Adha is here. When I think of this holiday, my mind reverts to the years I first came to Turkey to visit my in-laws. The large crowds of relatives and friends, the buzzing atmosphere, everyone working together to process the meat; the laughter, the exhaustion, the solidarity

This year we do not have time to go and visit the in-laws. But my mind still reverts back to those times, and to the setting of these days of laughter and family. My in-laws live in the city of Sivas, in central Anatolia. This is a city I have visited at least twice a year since coming to Turkey. It was my first introduction to "real" Turks, rather than the Turks who had spent time abroad and spoke fluent English who befriended me in the more cosmopolitan Istanbul.

I was probably the first foreigner my relatives and their neighbors had ever met. The idea that I could not speak their language, did not know how to make their food was hard for them to process. They tried shouting for the first day or two, then speaking very slowly and carefully. When these proved to be unsuccessful (no matter how loudly or slowly one speaks, if you do not know the language you will not be able to "figure it out") they reverted to body language. This worked a treat. Communication had been established, and it grew from there. Sivas was the place where I found I had a new family, a new community. Sivas is a city with a fascinating history. But Sivas, like Istanbul, is a city that has changed greatly. As I wrote during the last Bayram, there are even refugees in Sivas now. I am no longer original – what a relief! For Turkish people who have never been to Sivas, they wonder what the attraction is. Indeed, there are many attractions, including family and nostalgia. But Sivas offers more than this. Sivas is a city with a fascinating history. Sivas has a population slightly less than that of Manchester; the latest figures tell us that approximately 440,000 people live within the city limits. The inhabitants of the city earn their livelihood in commerce and industry, but there is also a large agricultural base. The earliest evidence of settlement in the area has been estimated as being in 2,600 B.C. In 64 B.C. Pompey the Great established a city and called it Megalopolis. Later this city was given the Greek name Sebaste or Sebasteia. Sebasteia was subjected to raids by a number of people and tribes. The first raid by Turkish tribes was in 1059. The city changed hands between these tribes, until 1174, when it was finally conquered by Kılıçarslan II. From this date on the city served at times as the capital of the Seljuk Empire. The importance of the city in this era is still visible today in the mosques and madrasahs left from this empire.

Sivas became an important trade center along the silk road; this can be understood by the number of mosques and madrasahs that were built. The most ancient of these buildings, the Ulu Camii (Grand Mosque), was built in 1196. I find it remarkably charming that this is the starting point of the street numbering in Sivas, thus, one could say, the center of the city, even today. At first one is puzzled by why the stairs go down into the courtyard of the mosque. But when the date of construction is taken into consideration it becomes clear that the street level 1,000 years ago was much lower. This is confirmed by the similar down steps into all the other mosques and madrasahs.

The Şifaiye Medrese (health madrasah), which was an institution that provided instruction in health care, was built in 1218, while the Gök Medrese (celestial madrasah) was constructed in 1271. The Çifte Minare Medrese (double minaret madrasah) was also constructed in the same year. The Şifaiye and Çifte Minare madrasahs are used today as pleasant cafes. What is most striking about the last madrasah is that most of it is missing, having been destroyed by Timur during his rampage through the city. The rubble has been left, and has recently been made functional as a very atmospheric café.

In 1398 Sivas was conquered by the Ottomans, led by Sultan Beyazid I. However, in 1400 Timur and his Mongol forces poured through the area, leaving ruins in their wake.

At the time of Timur's raid on the city, Sivas was surrounded by high walls and a moat. The castle, which is on a hill, still stands today. Timur dug tunnels, and the locals only realized that the Mongols were under the walls after it was too late. the city was recaptured by the Ottomans in 1408, but most of it, including the Çifte Minare Medrese, had been destroyed.In the 20th century the Sivas Congress was held between Sept. 4-11, 1919; it was in this city that Atatürk was given the chair of the executive committee of the national resistance. This event is accepted as a watershed event in the formation of the Turkish Republic. There is more to Sivas than can be found in the city itself. It is also famous for its springs, of which there are three, the Soğuk Çermik (Cold Springs), Sıcak Çermik (Hot Springs) and Balıklı Çermik (Fish Springs). The most popular with the locals is the Sıcak Çermik; the water here comes from the ground hot and yellow, smelling strongly of sulfur. It is said to be therapeutic and many people come to treat their arthritis, rheumatism, or just to have pleasant picnics in the summer. The Soğuk Çermik is a family favorite; nestled in the mountains, the water comes from the ground fresh and cool. The water has a lovely viscosity, and bubbles up from the floor of the pool. This is where my children learned to swim, to do somersaults in the water and to dive and generally mess about. Families come here, not so much for picnics, but to spend a couple of hours being refreshed in the water. Our tradition is to go at sunrise, swim for an hour or so and go home to a warm and relaxing breakfast.

The Balıklı Çermik requires a bit more planning, being a good couple of hours drive from the city. It too is nestled in the mountains, and the pools, one for men, one for women, are both open to the sky – a beautiful blue mountain sky. The fish are the hardest obstacle to surmount. Not being used to sharing one's swimming water with so many people, imagine the shock to find that once you do find a spot, there are fish, some tiny, some the size of your index finger, swimming in the water. And these fish nibble on whoever is in the water. Gently and firmly they nibble. However, the pedicure and manicure they offer is second to none. These fish nibble at dead skin, callouses, corns – leaving the skin silky smooth. There are separate baths for people with psoriasis or other skin conditions. Such afflictions find relief from these fish, if only temporary. Attempts to export these fish to other countries to set up spas have failed. Away from their native water the fish soon die. If you do head out as far as the Balıklı Çermik, then I would recommend going on to Divriği Mosque. This mosque was built in 1228 by the Mengujekids as a mosque/hospital complex. In 1985 it was included on the UNESCO World Heritage List. The reason why this ancient mosque has been so honored is due to the intricate carving that surrounds the entrance. It is well worth visiting, despite the miles that have to be trekked. Diviriği is now just a small town, but this mosque tells us that this was once a thriving center for humanity.