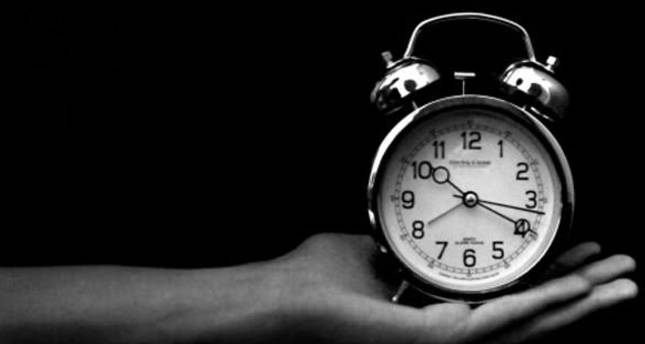 While the ice bucket challenge drew the world’s attention to ALS, the new #wakeupcall challenge is calling the world to wake up to the victims of Syria

Everything seems on track, but one day you experience difficulty in holding a book on a table or chewing and swallowing food during a meal. These are the basic symptoms of ALS (Amyotrophic lateral sclerosis), the most common type of motor neuron diseases (MDN).

Such symptoms might be induced by excessive stress or, even worse, are the onset of a rapidly progressive disease for which there is no known cure. ALS is hereditary in only a small percentage of patients and causes gradual muscle weakness due to the degeneration of motor neurons. In advanced stages, the fatal disease affects involuntary muscles such as those that control the heart and force patients to live with medical equipment. The interesting thing is that while your muscles are getting weaker, you may not have cognitive impairment, as is the case with the famous theoretical physicist Stephen Hawking who got ALS when he was only in his 20s. Unfortunately, this incredibly variable disease may end in death for most patients. A large portion of patients with ALS die within three to five years from the onset of symptoms.

In August, the Washington-based ALS Association announced a donation campaign, the Ice Bucket Challenge, to raise awareness of the disease across the globe. The campaign, which went viral on social media, rapidly turned into a craze not only among ordinary people but also celebrities. Campaign participants are asked to record a video of themselves within 24 hours of being challenged. They pour ice into a bucket of water after announcing their acceptance. Before this, they can nominate at least three other people to participate in the challenge. The nominees are expected to pour the ice bucket within 24 hours or they make a donation to the association. The campaign attracted many celebrities such Mark Zuckerberg, Bill Gates and George W. Bush along with many Hollywood names. There were also hundreds of Turkish participants in the challenge. However, the embarrassingly lower amount of donations demonstrates that the campaign was unable to raise awareness of ALS, but was manipulated by those who want to become popular on social networks. Turkish ALS-MDN Association member Yakup Kılıç told Radikal newspaper on Aug. 22 that although almost $30 million (TL 6.8 million) was donated in the U.S., Turkey donated only TL 176,000 ($77,000). Kılıç describes ALS as a wealthy man's disease because patients with ALS mostly require intensive treatment with high costs. He said the association wants to open an ALS clinic in Turkey; however it is unable to collect TL 5 million due to people's low interest.

The challenge videos featuring fun and laughter already seem to have slipped between the cracks and been done to death. Even the death of one of the campaign's creators has been forgotten. Among these videos, most recorded by celebrities, soccer players, childhood friends, neighbors or classmates, one came to the fore. When the ice bucket challenge was spreading across the Internet, local journalist Ayman al-Alul came up with the Rubble Bucket Challenge. To draw attention to the acute shortage of water due to the Israeli bombardment in Gaza, he poured a bucket of debris over his head and released a video. "We looked for a bucket of water; however, the use of water is more important than emptying it over our heads [...] so I decided to use rubble," he said in the video posted on his YouTube channel. He underlined they could not pour water since they desperately suffer from water scarcity. Alul and his friends collected debris from buildings destroyed by the Israeli military. "Maybe I will not find water at home to shower. Forgive me if you meet me later, and you find me dirty," he added.

Those who are dying to record and share hit videos to receive more "likes" on social networks may not want to participate in such a touching campaign, but UNICEF recently started a new Internet craze on social media that is called the #WakeUpCall Challenge. The fundraising campaign aims to help thousands of vulnerable Syrian children amid the war. The UNICEF campaign has not yet become popular, yet famous celebrities such as Naomi Campbell and actor Hugh Grant have already taken part. Compared to feeling cold water, the new challenge is easy, and I guess, very warm! You only have to post your selfie photos when you wake up in bed and share with the hashtag #WakeUpCall on the Internet. By the way, do not add three nominees for the next challenge. I assume selfie addicts will likely participate without any hesitance.

You may share your no-makeup selfie, which looks innocent and beautiful, even if you have messy hair or swollen eyes and have to challenge the morning traffic jam. Just look at the camera on your phone and take a selfie to help vulnerable people in the Middle East. Alternatively, you can make a donation to one of the institutions that help those people without saying or sharing anything. It is all about your ego. Considering the popularity of viral campaigns on social media, however, we have to make a choice between getting more likes or overcoming the ego.