Victimizing children through fashion in a capitalist world 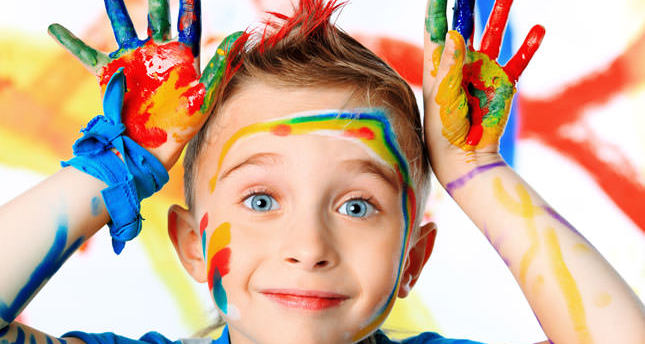 Using children to advertise children’s clothing seems reasonable, except when they are removed from their intended elements and portrayed to be something they are many years away from being: Adults

These days, a well-known clothing brand's ad campaign "Çocuk Kafası, Çocuk Modası" (Children's Mind, Children's Fashion) has received considerable attention. The advertisement is featured on billboards and other media channels, however its TV ad triggered reaction in the public.

At first glance, the TV ad seems to be solely about promoting the brand's clothes for children. The public reaction resulted from the exploitation of children in the mass media, yet there is a more disturbing underlying reason. The problem lies in the relationship between people and ads, which are the essential medium of the global capitalist system to market all necessary and unnecessary products.

Considering the interaction between ads and people, the use of women and girls as subjects is a major area of interest. The female body is seen as a precondition to promoting various products in today's advertisement industry. This developing field also discovered how to commercialize the male body and benefit from its aesthetic values for the media's ınterests. Recently, a new target has been found to fulfill the needs of consumption circles: the child's body. The ad campaign kicked off a short time ago with the motto "Tarz sahibi çocuklar" (Stylish children) showıng that the body image of a child is getting more involved in consumption culture.

Like everyone else, children have daily needs and it appears normal to advertise them in a creative way. However, the structure of the ad's message is somewhat annoying because it depicts children who do not enjoy their childhood and disregard it. The ad pushes children to behave and dress like adults. Even worse, the makeup on little girls is shown as a normal practice. When one of the so-called stylish children walks, all admiring eyes are fastened upon him. It sounds like a good advertising strategy to present precocious children since they are widely loved in Turkey, but he does not remind us of smart and mature children. He does not even look sweet, only cool, elegant and handsome. The brand's design is no more than creating a child image reminiscent of an adult in trendy clothes. He cannot be a normal child.

I believe the more Hollywood celebrities' fashionable children are introduced as a "little style icon," the more effort families exert to make their children look like them. In addition to the existing stereotype of "rich kids," fashionable children compose a different category. Those who wear or use luxury designs become a part of a specific fashion trend like their parents. Fashion and celebrity magazines now mention children wearing trendy outfit. Similar to their famous parents who are constantly followed by entertainment reporters, celebrity children have become a new topic in the media. They are not children, they are clothes and accessories.

Instead of being followed, children should continue their development by observing the environment. It is difficult to figure out how the media's persistent attention on children will affect them and the nature of childhood in the long term. From a social perspective, a child is a person who comprehends the world in a basic way, who does not consider other people's views about him and looks and behaves as he is.

Childhood is a unique period during which children live as they wish without the obligation of realizing facts of life. The carefreeness that people enjoy only once when they are children creates a gap in the soul. To fill this gap, people should have a joyful childhood disregarding problems, the bad side of life and other people's views. As soon as people lose their innocence and begin to realize the real world, this unadulterated period ends. One of the worst oppressions that people experience is the realization that the world they are surrounded by is filled with inequality, repression and cruelty. As mentioned, childhood is a short period during which people should thoroughly explore their soul. However, the current understanding attempts to ruin and re-structure its nature.

Until recently, capitalism defined children through childhood pleasures and needs and influenced parents through exploitation. Children who want more toys, snacks or highly demanding online games are the output of such efforts. There used to be a common opinion that children are turning into people who are dissatisfied, indecisive, weak and hard to cope with because they continuously whine and force their parents to do what they wish. Children used to behave as they are, though. Now, it seems hard to describe a person as a child who is under the influence of this perception. Children face a mentality which forces them to buy unnecessary things while destroying the nature of childhood. If we surrender to this mentality, our children will have to cope with many struggles that put adults under strain. I assume neither our children nor childhood can win this fight.