Anarchy by any other name 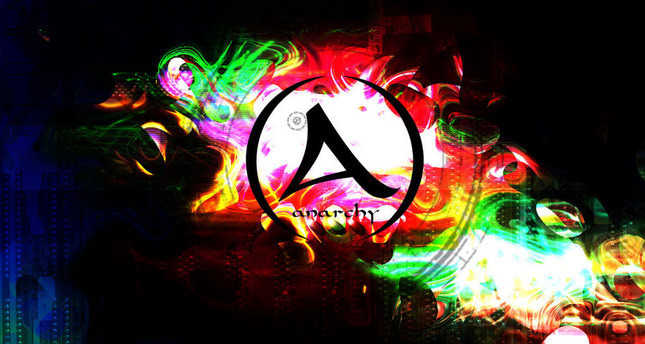 The words anarchist and vandal both have deep histories, yet we toss them about lightly

The other day I was corresponding with a friend in the U.K. A comment was made that if one wants to discuss people who inflict wanton destruction (as has been the case recently in Istanbul and elsewhere in Turkey during the "protests" over Kobani which have taken a number of lives), then perhaps it is better to refer to them not just as vandals, as has been done, but as anarchist vandals.

This gave me pause to think. The Vandals were in fact an East Germanic tribe that established a civilization in Spain and North Africa during the fifth century. Why has the name for this tribe become associated with wanton destruction? Basically because authors in the Renaissance period and afterwards accused these people of "sacking and looting" Rome. The negative connotation arose from the fact that they were rivals to the Roman empire. However, today, most historians state that rather than destroying Roman culture, the Vandals were responsible for keeping it alive during the transitional period.

So the modern meaning of the word "vandal" has no relation to the origin. However, it is a word firmly rooted in the English language, meaning "one who inflicts senseless destruction;" to try to resurrect the original sense of the word is rather pointless; moreover, there are no Vandals living today who can be offended by this usage, while there are still plenty of vandals who need a word to describe them.

Now what about anarchism? I learned about the anarchists when studying Russian history. There were different types of anarchists in Russia, ranging from those who advocated violence and crime to express social alienation, to those who affiliated themselves with avant-garde literary and/or artistic circles. Most of the Russian anarchists were actually of this later ilk, talking about their anarchist ideas in the parlors of wealthy patrons. Or what you might call "armchair anarchists."

But the anarchists who remained in my mind were those who kept trying to stir things up in Russian history, for example, Mikhail Bakunin or Lev Chernyi. In my mind anarchy was equivalent with an attempt to destroy the state, to have a country without government, without political parties.

Events in Turkey over the past 18 months have brought anarchy back onto my radar. The people who called themselves anarchists were the vandals who destroyed public property, setting fire to buses, destroying pavements, breaking, ripping, tearing down.

This spurred me on to reinvestigate what anarchy really is.

Indeed, Anselme Bellegarrigue, a French 19th century anarchist, said that it is an error to take "anarchy to be synonymous with civil war." The word anarchy actually means no more than "without rulers."

Hey, I like that idea. No rulers. No one to tell us we have to pay this much tax, we have to do this or that. Society should be able to govern itself; aren't the majority of us sensible people? Much as humanism, which proposes that rationalism and empiricism is preferable to doctrine or religion, anarchy proposes that human beings should be able to live in stateless societies. Most anarchists perceive the state as immoral or unnecessary. Society should be based on non-hierarchical or voluntary organizations.

This sounds really appealing. How many times have we heard in all the furor and turmoil, during the Occupy Wall Street, or other such protests that democracy is a beast that faces extinction. What happened in the Ukraine and in Egypt seems to back this up – democracy is not easy to install, is not lasting and faces certain doom. So why not have a go at some anarchy and see where that leads us?

To answer this question, let's look at some anarchic societies from the past.

The first example are the Diggers from 17th century England; they emerged in the vacuum caused by the Civil War. Their basic idea was that all the land belonged to the people. The Diggers did not last long, fading away after being faced by the army and threatened with the courts. But their legacy reappeared in 20th century San Francisco with the Haight Street Diggers, whose slogan was "To announce oneself a Digger is to be a Digger." The Diggers provided free food for hundreds of people. The group received surplus vegetables from the Farmer's Market, and when free meat was unavailable, they stole what they needed. The San Francisco Diggers also provided free medical care and housing. The Diggers were active in 1966 and 1967, but then dispersed.

A contemporaneous example to the English Diggers was Libertatia, a community said to have been set up in Madagascar by pirates. Many people think that Libertatia existed only in fiction. Whether truth or fiction, it makes for interesting reading. The American historian Marcus Rediker states that the pirates were "vigilant guardians of the people's rights and liberties …[and stood] as barriers against the rich and powerful." The pirates were opposed to monarchy, slavery and capital. They implemented a democracy in which only the people had the authority to make laws and rules; there were delegates who were "comrades" of the general population, but no rulers. It was the pirates' belief that all people were born free and they believed in the "Natural right" to "a Share of the Earth as is necessary for our Support." Piracy was how they survived. They had no need for money "where every Thing was in common, and no Hedge bounded any particular Man's Property."

A more recent example of anarchy in practice is that of Drop City, Colorado. The city was established in 1965 by art students and filmmakers in southeastern Colorado. Over time, people from all around the world came to Drop City to help build the community. The buildings were domes or zonohedra, built from recycled car parts and other free or inexpensive material.

The community in Drop City grew; in time, the buildings of the community were signed over to a non-profit corporation. In the deeds to the land, it was stated that the land was "forever free and open to all people." But by 1968, tension had grown in the community and people started to move out. The remnants are still there today, but by 1977 the city was abandoned, having been sold to the rancher next door.

The last example that I would like to give of an anarchical community still exists today. Christiania is an autonomous region in Copenhagen; more than 800 people live here. Christiania has the legal status of a commune and is regulated by the Christiana Law of 1989.

The region was first created in 1971; however from 2004 until today there have been frequent conflicts, with the state trying to normalize the legal status of the community.

When one looks at the examples of anarchy, it is clear that although anarchy may theoretically be appealing, anarchy without theft, without disorder, without destroying the fabric of society cannot exist. And anarchy does not last for long.

Maybe the name "vandal" or "anarchist" is not appropriate for people who wreak wanton destruction. But the only other options are words like thug or hooligan, which bring us right back to the original dilemma. Maybe we should just stick to ideas and words like democracy and society, and just try to make them work.