With winter comes the flu 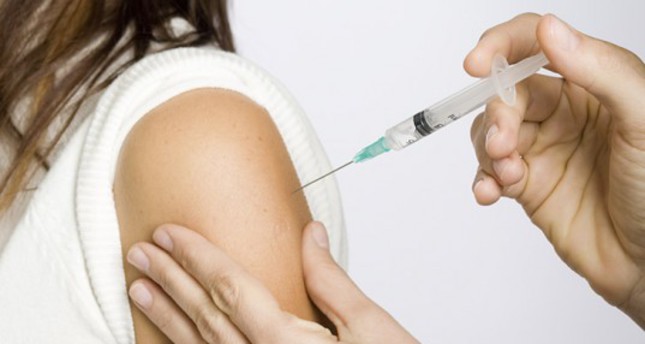 The winter months bring not just the winter blues but also the winter flu. For protection against the epidemic, it is highly recommended that everyone gets vaccinated

Dr. Selİm Badur of the Istanbul University Faculty of Medicine said the number of people who catch the flu increases during winter, however, flu vaccinations finish in January in Turkey. "The flu epidemic does not only occur in November and December, it is mostly seen in January," Badur said. He emphasized that vaccination continues throughout flu season in European countries, but medical officials are still working on prolonging the duration for flu shots in Turkey.

People can protect themselves from the flu by adhering to strict personal hygiene rules, eating foods that boost their immune systems and getting vaccinated. Speaking to Anadolu Agency (AA), Professor Badur emphasized that although people can boost their immune system by protecting themselves from various diseases with a healthy and proper diet, there is not a single nutrient that can prevent one from contracting influenza viruses and said preventive inoculations provide more reliable protection.

The frequency of flu changes every year and when it is not treated properly, especially in some high-risk groups, the flu is a disease that can lead to death – although it is never put on the record as a cause of death in any country. However, in some Western countries that maintain meticulous statistics, records of patients who pass away due to asthma, diabetes and heart diseases are kept properly and these statistics are used to determine flu activity in its season. Based on these records, the World Health Organization (WHO) calculated that 250,000 to 500,000 people die every year due to seasonal flu.

The list of groups who should receive the flu vaccine is produced by the WHO and confirmed by medical officials of most countries who then offer free vaccines to those in need. Medical personnel and other high-risk groups such as the elderly and patients with chronic diseases are among the people who are on the list. After epidemics recently affected individuals across the world, pregnant women have also been placed at the top of the list, Badur said. The WHO advises pregnant women to receive a shot with the inactive flu vaccine during any period of their pregnancy in order to protect both the mother and their children. Moreover, the organization suggests that children should be vaccinated, as they play an important role in the propagation of the flu epidemic, and vaccinations can protect them from complications such as pneumonia and otitis media as well as decrease the number of children who are hospitalized. He underscored that there is no vaccine that completely protects against a disease, but scientific studies show that flu vaccinations decreases the mortality rate and number of people hospitalized.

Although the elderly are among the target groups of the flu vaccine, they do not respond to it as effectively as adults whose immune systems are young and healthy. "However, scientific studies revealed that the vaccine has benefits even when it is used on people with weak immune systems," Badur said. He added that scientists are working on new types of vaccines that will be effective in patients whose immune systems are weak. With these new developments, scientists now use new techniques to produce the vaccine and create a universal flu shot. The most important and concrete breakthrough is the study on "quadrivalent" vaccines, which enable immunity to two Influenza B-type viruses.

Badur emphasized that the frequency of flu in pregnant women shows similarities with the general population; however, the possibility of pregnant women to develop complications as well as mortality rates have increased, as have their need for intensive care. "The physiologic changes in immune and cardio-vascular systems in pregnancy are the reasons for this increase," he said. The heart rate and volume, increase in oxygen consumption and decrease in lung capacity increase the complications related to influenza, Badur said. According to a study focused on hospitalized patients, the number of pregnant women who were admitted to the hospital was double compared to other periods. Women mostly hospitalized during their first three months of pregnancy and pregnant patients who have other chronic diseases are admitted four times more than others. The Advisory Committee on Immunization Practices (ACIP) and the American College of Obstetrics and Gynecology has been advising women who are pregnant or plan to get pregnant to be vaccinated with flu shots during the flu season regardless of their trimester since 2004.