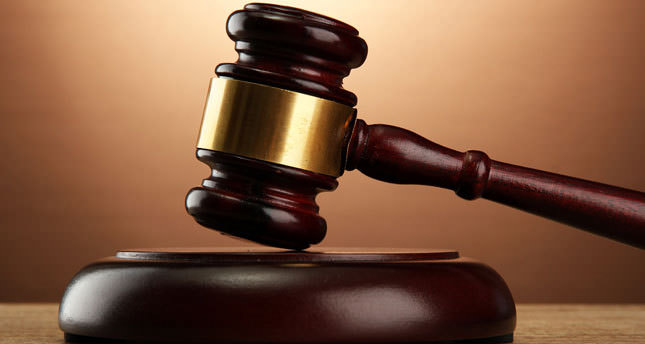 There are many preconceived notions of the Netherlands; a land of liberal, hip people, where almost anything goes; a country full of canals, dams and windmills. During a visit to the Netherlands many of my ideas about this country have been confirmed, while others have been reassessed

I came the Netherlands to meet with Muslims from all over the world, to discuss the problems we face and to brainstorm about solutions. Of course, we did not solve the problems of the world in a weekend – we would have needed at least a fortnight to do that. But this meeting was incredibly inspiring in providing an opportunity to converse with Muslims who were taking a stand and leading the way in working towards a better society.

One sentiment came to the fore throughout the weekend; if you want your voice to be recognized, if you want to contribute to solutions, you have to be part of the process. That is, it is no good saying "Democracy is not the solution" or "This is not real democracy, therefore I will boycott it." The only way to develop, change and help to shape the nation that you find yourself in is to participate in the process, even if it is nothing more than casting a vote for the party you think best represents you. Once part of the process, you can create change. This may seem banal to those people coming from well-established democracies, but can be enlightening to people from younger or growing democracies.

Later in the week I met with a number of community and political leaders in Amsterdam, The Hague and Rotterdam. The above sentiment was echoed. The Muslim minorities I met in the Netherlands told me how important it was to be involved in the process. They think of themselves as Dutch first, Muslim second, and then the identity of their nation of origin. Some people accuse them of "collaborating" in a system that is against their religion – elections have no place in Islam. However, as one city councilor pointed out, even the "four rightly-guided caliphs" were elected, even if only by a handful of people.

It is interesting that the Dutch parliamentarians, city councilors and civic leaders from minority backgrounds join different parties. They are members of parties that range from the center-right to the center-left. It was fascinating for me coming from the Turkish political scene to be sitting in a Turkish restaurant in Amsterdam with representatives from three different parties all at the same table. Not only were they comfortable sitting together, they knew each other and were participating in a joint meeting for the Turkish community.

But there was one party that was not at the table. The Party for Freedom would not be comfortable in such a setting. Holland, like Britain and other European countries, has experienced a rise in the popularity of the far-right; Geer Wilders of the Party for Freedom, the fourth largest party in Holland, has set out on a crusade to ban Islam and reduce the number of immigrants. In the last elections the Party for Freedom managed to secure 24 out of 150 seats in the Dutch parliament. Recently he was televised asking his supporters whether or not they wanted fewer Moroccans in their city. The crowd enthusiastically answered "Fewer! Fewer!" Wilders's response? "We're going to organize that!"

Some other quotes from Wilders are interesting: "I don't hate Muslims, I hate Islam." This sentiment has been echoed in other far-right parties in Europe. But I am at a loss to see how one can hate the religion, but not the people who follow that religion. The only conceivable way to extricate one's way out of such a dilemma is to make Muslims abandon Islam; but then would they be Muslims? It's a bit of a chicken and egg situation, but a whole lot scarier.

Geers Wilders's success, even if limited, put a different spin on the Netherlands for me. This was a side that I had been aware of, but had not realized how much of a threat it really poses.

However, on a happier note, let me tell you about ProDemos in The Hague; Pro Demos describes itself as a "House for Democracy and the Rule of Law."

To quote their webpage: "ProDemos is the 'House for Democracy and the Rule of Law.' Our job is to help explain the systems that govern democracy and the rule of law, and to show what citizens themselves can do to exert political influence – at municipal, provincial, national and European level."

ProDemos also provides education about the judiciary, teaching those who attend, how the courts work. ProDemos has a number of international projects, and has even worked with a Turkish women's NGO in the past. They are active in trying to help people understand the democratic process. The students (mostly high school students, but special courses are also organized for other special interest groups) take a number of "quizzes," which are really more like games than quizzes. These quizzes help them to understand how they view democracy, how others view democracy and open the way to discussion and debate. The students can sit in a replica of a local council, the parliament (I instinctively sat on the center-left), the senate (I would like to be in the senate – they have the most comfy chairs) or the cabinet. They can even take a photo with a very lifelike cardboard replica of King Willem-Alexander (I did – couldn't resist). There is also a fascinating "game" in which the students are divided up into teams – the NGO team, the government team, the special interest group team, et cetera, et cetera. Each team has "institutions" that it wants to have put on the city map. There is a limited budget. So lobbying, debates and arguments ensue. What better way to teach all our armchair politicos how government works in the real world.

The Netherlands is a fascinating country, with a remarkable mixture of people and ideas. But now I will remember this low-lying country as one in which democracy is taken seriously, as something to learn, to teach and to develop; their message to the younger generations is that a strong and peaceful society is one in which a number of different views can live side by side.