How to lead the future 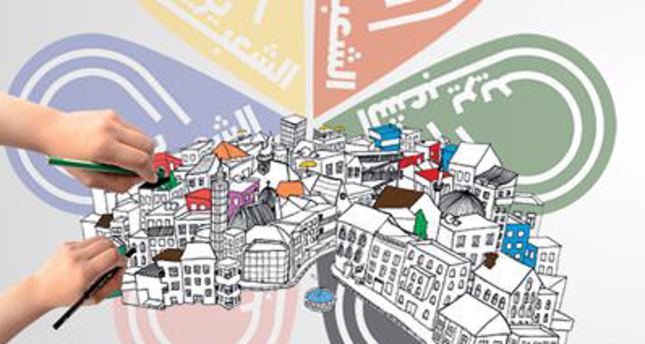 The third Turk-Arab Youth Congress started on Oct. 24 and was hosted by the Istanbul Youth Assembly Foreign Affairs Commission at the Istanbul Congress Center to create a platform for Turkish and Arab youth to discuss a vision for the region's future. A team of well-educated youth from around the world gathered at the three-day program titled "How to Lead the Future."

The directors of the organization, Serra Diptaş and Esra Matur, opened the summit with a welcoming speech that encouraged the youth to persevere: "Yes, we can't change the world through this congress but we try," which was followed by a letter from President Recep Tayyip Erdoğan. One of the keynote speakers at the congress, Deputy Prime Minister Numan Kurtulmuş, gave a brief speech and attached importance to the new Turkey on the process of healing the Middle East. Another keynote speaker, the deputy chair of the Women and Democracy Association (KADEM), Sümeyye Erdoğan, said, "Peace and fraternity are not far away from us."

The first day's program was guided by academics, politicians and journalists and focused on the problems and current issues of the region. The floor was then opened to allow students to ask the speakers questions and share their opinions.

The first session was about political affairs, with the panel moderated by Elif Esen, an advisor at the Ministry of Culture and Tourism. The speakers, Professor Dr. Adnan Hayajneh, Professor Dr. Bülent Aras and Associate Professor Kılıç Buğra Kanat, focused on issues related to current situations and the Arab Spring.

Speaking of freedom, professor of political science at Qatar University, Adnan Hayajneh, said, "50 percent of Arabs don't have the choice in what they eat, what can you imagine about the rest of the aspects of their freedom." About the Arab Spring, Kanat, an assistant professor of political science at Penn University, said "It is too early to evaluate the Arab Spring."

The second session was on economics and entrepreneurship. Under the moderation of Dr. Cemil Ertem, speakers Associate Professor Ömer Bolat and Naz Nawzad Bajger spoke on investments and economic corporation between Turkey and Arab states.

Speaking in light of current regional developments, Ertem said, "One of the causes of war in Syria and Iraq is the southern energy corridor."

Bajger, the vice general manager of Cihan Bank for Islamic Investment and Finance talked about the economic situation of Iraq and investments. She remarked on the importance of investing in Iraq and keeping the corporation strong in defiance of terrorism or other problems saying, "Does it matter if you are Christian or Muslim? We are all from this region."

Bolat, a businessman and member of board overseers at Istanbul Şehir University, complained about the visa problems between some Arab states and Turkey, which slows down business and investments.

The last session of the program, moderated by Sibel Erarslan focused on humanitarian aid and social affairs. The speakers on the panel were Professor Dr. Norman Finkelstein, professor of Middle East studies at Sakarya University; Dr. Mehmet Güllüoğlu, the director of Turkish Red Crescent and Matthew Cassel, an independent multimedia journalist based in Istanbul.

Finkelstein, as the first speaker of the last session, spoke on multiculturalism, tolerance and social solidarity. His presentation made the audience laugh with his humorous delivery. He cautioned: "Be careful before making any judgment," and, "Don't be so arrogant and think your way is the best way. You choose for you. Let people have a chance to find happiness."

Güllüoğlu delivered a wide-ranging speech from the services of the Red Crescent to the needs of people all around the world whether or not they are Muslim.

After opening speeches and the sessions, a board member, Buğra Erarslan, gave the closing speech to finalize the first day of the congress. On the second and third day, workshops were held under the subsidiary bodies of the congress and they published a final declaration with the remarks of the participants.

This congress showed me how reluctant the youth is to rebuild a strong bridge between Arabs and Turks, which was broken almost 100 years ago. They are highly aware of the fact that only the people of the Middle East should have the right to speak or decide on the issues of the region and not the West. By doing their best they are trying to bring the peaceful times of the region back through dialogue.