Social media: Self expression or obsession? 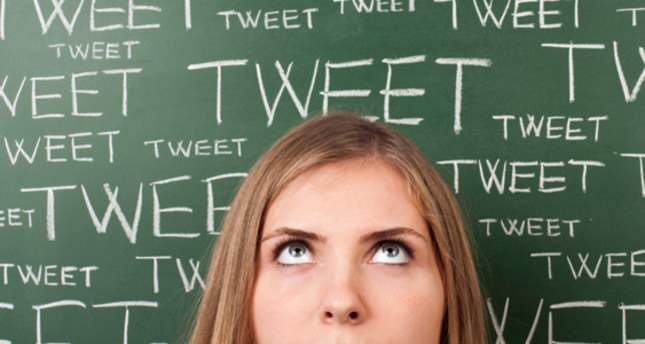 We are living in a world of social media with different identities. Why did we choose to become social media citizens? In other words, why can we not stay away from social media?

A series of questions followed my initial unease once I realized that I check my mailbox as soon as I wake up in the morning. I would like to share the questions that came to my mind because, based on my own observations, this issue is not just a personal problem. Every day, I see many people who travel far away from each other on their magic carpets, even though they share the same desk or room.

You have presumably experienced what I am going to say; we are living in an age where people prefer to spend time on online social media platforms rather than chatting with a friend while sitting face to face in a café. Here are the questions I asked: Why can't we be together even though we are in the same place? And what is social media, which so greatly influences our lives? I believe if social media was transformed into a country, its population would surpass China's, the world's most populous country. Indeed, it would be very easy to become a social media citizen. We are talking about a world in which parents open Facebook accounts for their newborn babies. We are living in a world of social media with different identities. As a good citizen, we continuously update our identities on social media platforms. Well, why did we choose to become social media citizens? In other words, why can we not stay away from social media?

Imagine an office where almost all employees are working with such enthusiasm to find out who re-tweeted their latest tweet or cannot start the day without checking Facebook. Most of us send messages or tweet when they are in a meeting. We spend a large proportion of our time at work for giant social media companies such as Facebook and Twitter. And guess what for: Nothing. Should we think such "unregistered" working time is a threat to the quality of our work? With reference to French scholar Michel de Certeau, these are the "tactics," which are the worker's own work being performed at the place of employment under the disguise of work for the boss. Or should we put aside Certeau's term and consider the time used on the Internet as the modern version of smoking breaks? Thanks to social media, everyone can easily follow someone else's life. To what extent do we share our real life on social media? I assume we did not have such high expectations about how many friends we should have until the advent of social media. How is it possible for a person like me who only had four friends when she was a child to now have 2,000 friends? Does it sound weird? What do the photos, which scream "please look at me," tell us about ourselves? Such hopeless attempts are all about the desire to be accepted by others. Are we continuously tempted by the need for admiration, as suggested by American psychologist Abraham Maslow's hierarchy of needs? I believe the more we receive "likes" or the more our tweets are "retweeted," the more we feel respected by others. It is possible to elaborate on these examples, as we are currently surrounded by online life. Our attitudes change when we sign on to these platforms and accept attitudes that we previously thought wrong or strange. Although I was told not to eat something on the street and to consider the hunger of poorer people, I found myself looking at appetizing food on Facebook or Instagram. I grab my phone to take a photo of a well-prepared dinner table even before I hold my spoon or knife. Although social media does not fulfill our vital needs, it is hard to get fed up with it, otherwise it would not be difficult to keep away from it. I think those who created social platforms know human beings very well because they have found our weakest point, which is the fear of loneliness. Being alone is generally scary for most people. We connect to the virtual world to avoid loneliness. I wonder whether this world of social media, which is expected to make us closer to people and thoughts, draws us away from the people who are close to us? I ask this question to myself as a person who observes the serious problems caused by social media but uses it at the same time. On the other hand, I try to figure out if social media uses me or I use it. Social media takes us somewhere but I want to know where this place is or what we will lose on this journey. Maybe if we step back for a minute and look at our lives with this perspective, we might realize what we lack or miss while we try to fit in all the excess in our lives and see this as an opportunity to get to know ourselves better. I do not want to make an offer like "Life without the Internet is possible. Let's shut down all social networks," and do not find it realistic. Herein, I think we can get help from Paracelsus, one of the founders of modern medicine, and his definition of "dose." His saying, "All medicine is poisonous. What makes it different from poison is its dosage," might help us avoid becoming addicted to social media.