Witness the impossible in Istanbul with The Illusionists 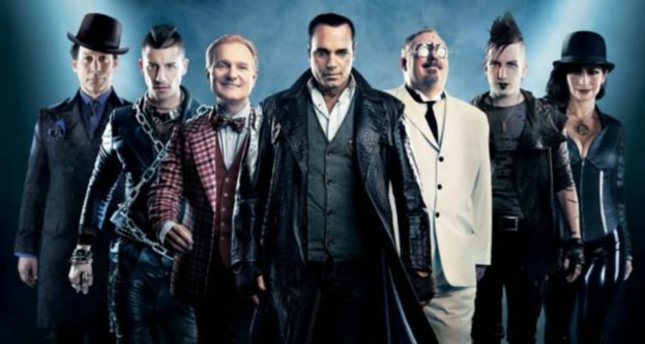 Seven of the world’s greatest magicians will come to Istanbul to dazzle audiences. These world-class performers break the rules of ordinary tricks to leave their mark on the world of magic

Many people would agree that November is a magical time of year. Whether it be the anticipation of snow or the warm feelings that the holidays bring, November is full of excitement. Magical November is taken to a whole new level this year in Istanbul where the one of the most anticipated magic shows of the decade will take place.

The roots of magic are deeply imbedded in our history. The first signs of magic date back to ancient Egypt where magic tricks were used as a form of entertainment much as they are today. The first book of magic tricks appeared in 1584, and up to the 1700s magic shows were a kind of street entertainment that usually appeared at fairs and local gatherings. These kinds of magic tricks along with traditional jugglers and fire breathers were a way to entertain the public. It was not until after the 1700s that magic shows started receiving greater recognition. Magic shows eventually made their way to theaters and permanent plays, later moving on to television and film. Magic theaters began popping up all over the world and venues for magic performance eventually became commonplace.

Over hundreds of years the practice of magic has only become more sophisticated. Different branches of magic began emerging, which targeted different audiences, and stage illusions, escapology, sock magic and mentalism are among various types of magic shows that are being performed now. With the rise of the Internet, the sense of secrecy became lost as viewers were granted access to a vast sea of information about the tricks they were seeing. Magicians took notice that audiences were no longer surprised by the simple tricks they had and started looking for new ways to keep the old tradition alive. What they came up with was more than unexpected.

The Illusionists are a group of the world's seven best magicians who are dedicated to keeping this tradition alive by creating mind-blowing illusions. The group consists of seven illusionists with different specialties in magic. The anti-conjuror Dan Sperry, the warrior Aaron Crow, the futurist Adam Trent, the inventor Kevin James, the trickster Jeff Hobson, the escapologist Andrew Basso and the manipulator Yu Ho-Jin. This group of world-class magicians has toured North America and preformed shows in more than 20 cities. They gave a special premier shows on Broadway in New York, and now they will be live in Istanbul.

This is how their website describes their show: "This mind blowing spectacular showcases the jaw dropping talents of seven of the most incredible illusionists on earth. 'The Illusionists – Witness the Impossible' has shattered box office records across the globe and dazzles audiences of all ages with a powerful mix of the most outrageous and astonishing acts ever to be seen on stage. This non-stop show is packed with thrilling and sophisticated magic of unprecedented proportions.

Audiences will witness stunning acts of grand illusion, levitation, mind reading, disappearance and for the first time ever in history, a full view underwater torture escape. Performed by the acclaimed escapologist Andrew Basso, he will hold his breath for over 4 minutes whilst attempting to escape from his underwater cell. This group of world-class performers take their cue from the showmanship of the great illusionists of the past – such as Harry Houdini – and pair it with a new and updated contemporary aesthetic, whose set and costume design lend to the genre a theatricality and artistry that has rarely been seen before. Collectively, these performers have been seen by millions of people around the world and this production showcases their incredible talents together on stage for the very first time."

"The Illusionists – Witness the Impossible" will be preforming live at Zorlu Center PSM Nov. 13-16. Tickets are only available online at: www.mybilet.com, with prices starting at TL 59.99 ($26.95). Head over to the website to get your tickets before they run out and be a part of a once in a lifetime experience.