A hopeless journey for true freedom 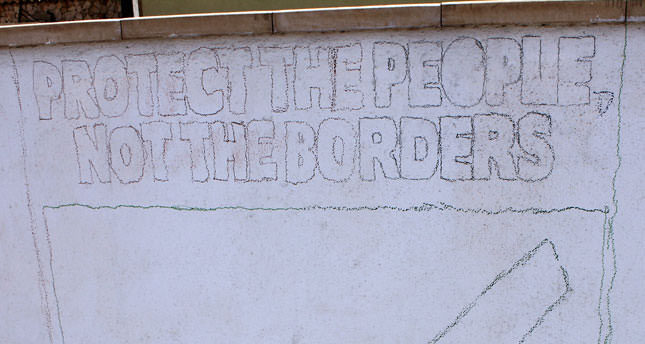 Poverty, civil wars and oppressive regimes force millions of people to set out on a journey of hope. They pay huge sums of money to smugglers, but many of them drown in the Mediterranean before reaching European shores

Nearly 10 days ago, early in the morning, agencies reported that a boat carrying 42 Afghani refugees sank in the Bosphorus. It was announced that most of the refugees who died in the accident were women and children, apart from six people who managed to survive.

The Afghani refugees, who paid 7,000 euros to human smugglers to get them to Romania, froze to death rather than drowned, according to accounts from locals. Their journey started from the Florya district of Istanbul with a boat, which did not even have necessary equipment such as radio and radar, ended in a tragedy in the Black Sea. What happened to those Afghani refugees is nothing new for anyone living in the Mediterranean basin, who are familiar with headlines like "tragedy befalls illegal refugees."

Poverty, civil wars and oppressive regimes – in other words welfare levels that can never be acquired – force millions of people to set out on a journey of hope. According to reports, most illegal refugees are fleeing from Afghanistan, Bangladesh, Syria, Iraq, North Africa and sub-Saharan countries. The number of refugees who want to take sanctuary in Europe have increased due to the economic turmoil in North Africa and the Middle East, caused by administrative problems following the Arab Spring. Libya became an operating base for human smugglers because of the domestic turmoil after the fall of Moammar Gadhafi and its proximity to countries such as Italy and Malta. The danger of the journey of hope starts right here. Random arrests, exploitation and torture are the main dangers that these people face in their own countries. Violation of human rights and abuses are common in refugee detention centers affiliated with Libya's Ministry of Interior, according to human rights reports. If people who decide to leave the country and successfully make it through the first stage in Libya, they can begin their journey. They pay a huge sum of money, ranging anywhere from $3,000 to $30,000, and those who can survive despite the excessive load, lack of technical devices and unhealthy conditions end up on European shores. Agreements between EU countries suggest that refugees have to demand asylum from the country in which they have set foot. These refugees prefer to settle down in promising countries and regions such as Germany, Scandinavia and Britain instead of Italy and Greece, whose economies are unsteady. Of course, traveling to wealthy countries means extra money for smugglers. Lampedusa, an Italian island between Tunisia and Italy, and Calais, the French harbor city close to Britain, are two of the most popular coastal areas for human smugglers who have been using them as a transition point for refugees. Italy kicked off Operation Mare Nostrum after the coast of Lampedusa became a grave for 360 illegal refugees. In order to prevent such tragedies, the operation ensured nearly 150,000 refugees reached European shores safely. However, it began to cost the Italian government too much and they asked the EU to take over the operation. But European governments, where far-right parties on the rise in Europe, did not approve Italy's request. Instead, the EU founded a task force named "Triton," a project very different from Mare Nostrum. Triton is a project that watches over European shores and borders as a primary purpose instead of saving refugees. However, the task force is accused of causing an increase in refugee deaths by refugee aid groups and Amnesty International. Despite Mare Nostrum's success, Mediterranean waters have become the last stop for nearly 3,000 people since the beginning of the year. It is as clear as day that illegal refugees will be left to die by developed countries in the Mediterranean because Triton only ensures the safety of the coast line.

Racism, scorning, a lack of social rights and debt create nothing but an unclear future in every sense. Paolo La Rosa, a refugee rights defender in Lumpedusa, accurately described the attitude of European countries to illegal refugees: "The west would like them to be free but at home. (They say) Now you finally got your freedom, you don't need to come looking for happiness in our countries. You can enjoy your freedom at home, stop coming here and threatening our way of life."