Being a global citizen in a local world 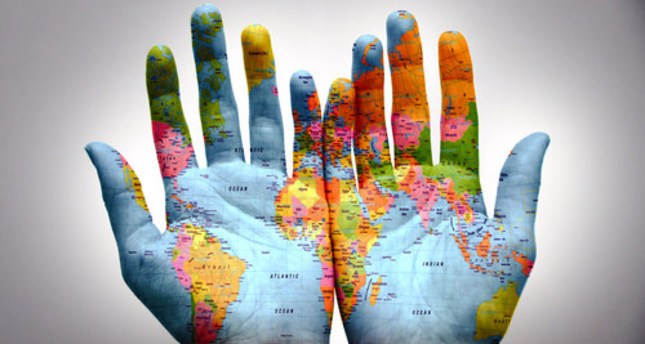 What does it mean when someone claims to be a global citizen? Is it something that is realistic, or even healthy? As our world gets ‘smaller,’ can we take on responsibilities that transcend one nation?

Last week I was in London participating in a panel discussion on Women and Democracy in Turkey and the U.K. It was a very interesting discussion, and everybody involved arrived at the conclusion that while women's participation in Turkey was quite healthy (with the AK Party having 1,000,000 members in Istanbul alone), the ability to debate and discuss policies was more limited than in the U.K. The U.K. had the adverse problem of having more experienced women entering politics and getting into office, but fewer women in total coming forward.

The glass ceiling that hovers over women throughout the world is a reflection of the fact that politics is a thing designed by men. Debates in parliament (or elsewhere) go on into the night. Meetings are in the evening or at the weekend. Politicians have to campaign for days on end, and have probably one of the heaviest work loads of all careers. This in itself means that if women want to be mothers and politicians they have one of two choices; either they can entrust the care of their children to someone else, or they can wait until their children are grown before dipping their toe in the political pool.

Thus, it is clear that there are a number of challenges facing women and those parties that want to increase the number of women representatives. Things are better than they were in the past (out of 550 members of the Grand National Assembly in Turkey, 79 are women, while there are 148 women out of 650 MPs in the U.K.) but there is still a long way to go.

I get that. My father is the child of a German father, with a French surname, and a Russian mother. (And her ancestors came from somewhere in the Baltics). One of my three brothers married a Chinese girl, one a Hungarian-Indian girl, the third a Norwegian girl. I married a Turk. The cousins are an amazing group of individuals, with connections all over the world. But I lay no claim to being a global citizen. I identify with two countries, Britain and Turkey. This is where my vote counts, where I can have my voice heard. Despite having lived in America for more than 15 years, I do not feel that I have a voice or influence there. I can worry about what happens there, I can garner other people into action there, but I cannot use my democratic voice to make changes. I spent a year of my life in Russia, and although what is going on there deeply concerns me, there is nothing I can do democratically to change it. I can be involved with NGOs, send aid, get people talking, sign petitions, but I cannot be part of the political process in either of these two vastly different countries.

Later in the same week I was at a dinner at the British Muslim Heritage Centre in Manchester. Afzal Khan was one of the speakers; he is a man of Pakistani descent, British citizenship and a Member of the European Parliament. He spoke of global problems that required global solutions. I was privileged enough to interview him later on that evening (which I will share with you in a future article); I mentioned that earlier in the week the participant at the panel had expressed her desire to be a global citizen, and that this puzzled me. Afzal Khan immediately picked up on this point, and said yes, we live in a global village, we are involved in a global network. However, he said that although we must think globally, action can only be local. If one has global vision then one can take local action that spurs the country in which one lives towards the global vision.

This claim to global citizenship worries me; it is all fine and well if by global citizen one is saying that our concerns transcend the borders of our individual nation. But if taken further, global citizenship is a way to deny belonging to a nation, a people or a place. I am by no means suggestion nationalism or a jingoistic fervor for a particular city or country. But if we become global citizens, we are in danger of neglecting our responsibilities in local matters.

The other danger to being a global citizen is that one may not be aware of the true situation in a particular country. While we all take criticism from someone who is living in Britain or America about things going on in Turkey, or vice-versa, this actually is not the healthiest form of debate. If one has lived outside of a country for two or three or 20 years, it is very hard to know what is really going on there. It is the people who are living through the experience who have the most authentic voice. Rather than trying to be global citizens, we should strive to be local citizens with global concerns. Otherwise we may easily find ourselves out of tune and out of step.