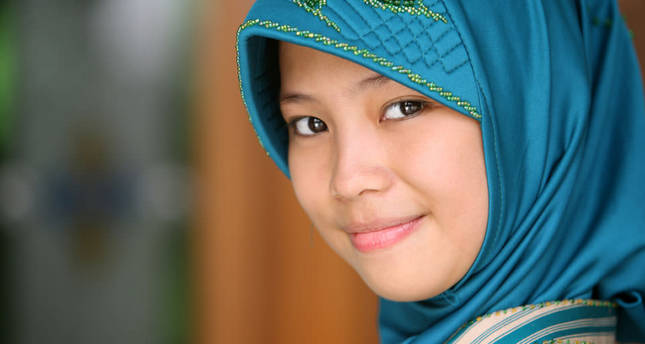 During the many years when the hijab was banned in certain Turkish institutions, civil society’s voice was largely muted, such as Amnesty International’s, and young students had to struggle for their rights

This wasn't the article I was going to write this week. I had other plans. But Istanbul had its own plans for me and I found myself compelled to share the events of my week.

Last Friday I was going to lunch with a dear friend – I walked down Istiklal Avenue, a central street in Istanbul, a street for young people, a street that leads directly to and from Gezi Park. A street that could be called the heart of Turkey. As I was walking, a young man with a clipboard in his hand approached me. He asked if he could talk to me for a few minutes about an organization. Certainly, I replied. What do you know about Amnesty International? I know quite a lot about Amnesty, in fact. I remember the Secret Policeman's Balls; I remember their work to fight Apartheid. I always had respected Amnesty's work and had thought that this was one organization that really stood for freedom.

But here I use the past tense for a reason. Amnesty has been active in Turkey, looking for justice for the victims during the violence of the Gezi Park protests. It has taken up the cause of the Kobani refugees. But Amnesty, in Turkey, has a tarnished image, at least in the eyes of myself and a large number of other people.

During the long years when the headscarf was banned in Turkey, Amnesty filed reports critical of the headscarf ban, calling for it to be lifted. But we did not feel that they were there with us in the street campaigning. We did not see any young people on the streets handing out information on their behalf or asking people to sign petitions to get the ban lifted. Amnesty International reported on the abuses of our right to education, employment and other rights; however, it was not vocal in Turkey. Today, it is vocal in Turkey, representing the views of some people. But when 65 percent of the female population of Turkey had their rights taken away from them, we did not hear their voice. This most likely is not Amnesty's fault. You might be thinking that probably no one wanted to campaign on this matter. You are partly right. It was not a question of want, but dare. During the years of the headscarf ban, 15-year-old girls who raised their voices were hit in the stomach with police batons and shoved into police cars. Nursing students had their caps pulled off their heads because they tried to take part in graduation ceremonies wearing a hijab. So while it is encouraging that in the heart of Istanbul today people can campaign against the police and the government, the fact that Amnesty's voice is so loud now when it was so muted before leads people to feel that it is being manipulated by certain sectors of society.

What sectors, you ask. Fair enough, bear with me. After a very fruitful conversation with this young man, a conversation in which I stated that while I would love to support Amnesty, first they have to be seen to support all of Turkey, not just one side. I went to where I was meeting my friend. I went to the ladies room to adjust my scarf. A lady in her late sixties was there as was a woman from the Netherlands. The Turkish lady tried to engage the Dutch women in conversation but the Dutch woman did not understand Turkish. I translated into English and then got ready to leave. The Turkish woman turned to me and said "You speak very good English."

"That is because I am English," I replied.

"Oh, you look so Turkish." One has to ask what does Turkish look like – to her, and to many, it is the way I tie my scarf and nothing else.

As I sat at my table perusing the Amnesty International magazine full of articles on Gezi Park and imprisoned journalists, the older lady approached me. "I just want to say something" she said.

"Please do," I answered.

"Why do you wear that on your head?" indicating my scarf, with what can only be called a rude gesture. Patiently, I started to explain that when I converted to Islam I wanted to … she interrupted me.

"That's great," I said, "but let me finish. When I became Muslim I wanted to make a difference between the me that was yesterday and the me that was today." The reasons are much more complicated than this, but I was playing to my audience.

"But you don't need that on your head," she said, indicating my scarf again.

"That was and is my choice," I replied. "Your choice not to wear a headscarf is yours, and I respect that."

"But it is not written in the Quran, it is primitive and not Islamic."

"Wearing a scarf is my choice," I reiterated.

"It is not good for your health, you get no sun," she continued. I calmly answered, "It is my choice."

"Four-year-olds shouldn't be forced to wear it."

"Couldn't agree more, but 14 or 15-year-olds should be allowed to make the choice for themselves," I replied.

"You are wrong – it is not right. Your husband oppressed you into doing it," she said irritably.

Laughing at this old, old story – my husband thinks it's hilarious that people think he could force me to do something I didn't want to do – I said no, it was my choice. I went on to say that she and other people should respect my right to dress as I like, as much as I respected their right to dress as they like.

"At least wear it like the Pakistanis do," she added.

Thinking about the beautiful way in which the Pakistani women wrap their scarf around their head, I only smiled. This lady was working on generalizations and preconceptions that had little to do with reality. The woman walked away. I looked up to find the tables near us and the waiters all smiling at me.

That should have been enough. But yesterday, two more things happened. While walking to help prepare an exhibition organized for Syrian school children in Istanbul, I found myself behind a middle aged couple. The blonde woman was talking with great animation. "They brought them here, fine, but they are taking our jobs, living in our houses. Enough is enough – we should send them back." Them being Syrians – any resident of Istanbul has overheard this conversation a number of times.

"Yes, the longer they stay the worse it gets. They are marrying our women and dirtying our blood," the conversation continued. My 18-year-old daughter increased her pace, wiping away the tears in her eyes after we had passed the couple.

A little later we were sitting with two 13-year-old Syrian boys. They calmly sat in a corner of the room, waiting for their classmates to arrive. Their obvious discomfort, their inability to relax was so familiar to us. They looked around, waiting for someone to come and tap them on their shoulder and say, "What are you doing here? You don't belong here." Oh, how well we both understood that feeling. We had been living with it for years. Only the past four or five years has that feeling started to fade for women with headscarves. I guess it has found a new host now.

When we returned home we found that one of my daughter's high school teachers had shared a video. This teacher was a staunch, what we call "Atatürkist." Curious, we started the video. The first five minutes of the video filled my heart with joy. "When did we start distrusting one another? We share a flag, we share a language, we share a country. Why do we hate one another? We should not be killing one another." Yes, this is what it is all about. This is the voice of reason we wanted to hear from such people. We don't want polarization – we want to work together. The video went on.

"Ten years ago did the police beat us up? Did we fight one another? Did we try to hurt one another? Our president has been made into a prophet and we are at each other's throats."

Neither of us could stop the tears. Ten years ago, 15, 20, 50 years ago, you could not go to the police if you had a problem. Young men would disappear suddenly. People would end up in prison for something as trivial as reading a poem. They were tortured in prisons. Who hasn't seen "Midnight Express?" Ten years ago women with headscarves could not walk down the street without abuse. They could not attend university and they could not work in state jobs. There were parts of Istanbul where women in headscarves could not go. Husbands who worked for the state, military or private companies could not be seen in public with their covered wives out of fear of losing their jobs.

Someone is twisting the facts. Someone is presenting a Turkey as they want it to be seen for their own motives. Why are they so scared of us? I have no idea. I am not a fundamentalist, not a radical, nor a reactionary person. I am just a Muslim who wants to cover. I am not oppressed by my husband, I am not unhappy and I am no longer deprived of personal freedoms in my country. Yes, many things in Turkey still need to change. Believe me, it is so much better, so much better than it used to be. Stop trying to manipulate people into hatred. Stop trying to polarize this country. Accept the Syrians as being here, being part of us – accept that women in headscarves as being here, as being part of us. This country has to pull together and I do not think whoever is attempting to do so will actually be able to pull us apart no matter how hard they try.