The exceptional story of an Armenian actor 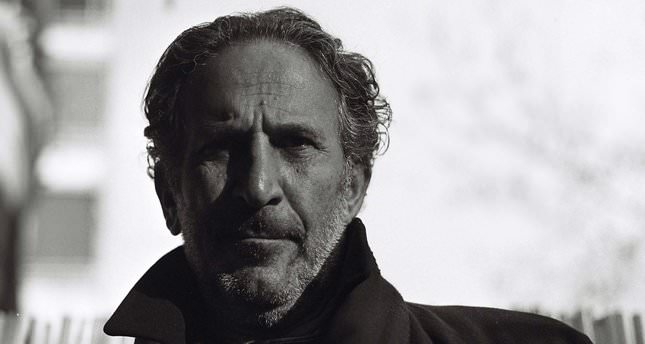 As the youngest son of a poor Armenian-Turkish family from Diyarbakır, Kevork Malikyan has led a life like something out of a film, having starred in numerous well-known films and theater productions in London. Let’s rewind this film 61 years and press play

The Malikyans are a very poor family from the village of Kestel in Sivas's Divriği district. Mardiros Toros, the father, is a craftsman who sews gunny sacks, but because he speaks Armenian, Kurdish, the Zaza language, French and Turkish, he also works as a translator and letter-writer. Mother Tuma is a housewife. What Malikyan remembers from those days is the church which he and his father used to go to when he was three or four years old, but recalls too his father's generosity and good heart. Malikyan, who is now 71 years old reminisces, "My father taught me the adhan [call for prayer]; I used to recite the adhan so well, but I have forgotten it over time. I would have probably liked reciting adhan in a mosque. We should learn to live together. You cannot think about separation." Malikyan sometimes uses English words when he speaks in Turkish. His face, covered with a big smile, looks like it is ready to explode out of happiness, but if you only knew what sorrows that face hides behind the smile. Let's continue with the film from where we left off.

The life of 10-year-old Kevork, who goes to school in the mornings and works in a tailor's shop in the afternoons, changes when a priest comes to Diyarbakır to choose students to attend a seminary. His mother tells him to take a bath and get ready as his father is lost in thoughts, musing, "I could not send his three siblings to school since I do not have money; I hope this one can save himself from poverty." After answering a couple of mathematics questions, Kevork heads to Istanbul in 1953. He studies the fourth and fifth grades at Karagözyan elementary school and enrolls to the Surp Haç Tıbrevank Seminary in Üsküdar. Soon after, he begins his education at his new school, and his talent is discovered by a graduate priest from Oxford. He leaves for London in 1963 and graduates from the Rose Bruford College for drama in London. Over the course of time, he works with renowned directors and actors including Roger Moore, Alan Parker, Sigourney Weaver, Michael Caine and Anthony Hopkins. Malikyan also stars in Shakespeare plays for 20 years at the most important theaters in London. While he is achieving the kind of success Turkish actors could only dream of, his father Malikyan passes away in 1974. But with the threat of mandatory military duty awaiting him back home in Turkey, he cannot return to attend his father's funeral. Malikyan remembers those days in tears: "The day my father passed away he said he did not feel well and asked my mother to cook soup for him. Then he said 'give me Kevork's photograph.' He used to hang my autographed photo beside his bed. He took my photo in his hands and fell asleep. He never woke up."

In order to avoid the problem of military service, he renounces his Turkish citizenship, and returns to Istanbul after 19 years when his mother is taken ill. He takes his mother to live in his London house, but she dies in 1984. "I lost my citizenship as well as my mother. She stayed in London for eight months but she hated it. She cared about neighborly relations," he states. Malikyan is given a part in Spielberg's "Indiana Jones and the Last Crusade" alongside Harrison Ford by the director himself, who comes to London in 1986. "I saw him [Spielberg] in a room. He said, 'I heard that you are starring in TV shows. Is there any chance that we might have seen you in a film screened in the U.S.?' Then, he remembered my role in 'Midnight Express.' " Malikyan says that he and the seven other actors fly to Spain in a private jet. After shooting the first scene, Spielberg turns to Malikyan and says, "Welcome to the family."

So, why does Malikyan return to Turkey at the peak of his career? The actor is rejected by the Istanbul Conservatory and the great actors of the time in 1962 because his Turkish is not good enough, but this rejection only makes him more ambitious. "Turkish is the language of my state and nation," Malikyan says in very fluent Turkish. He returns to Turkey in 2011 and four months later, he once more takes Turkish citizenship. Currently, he is playing the role of the prime-minister's undersecretary Öktem in the TV show "Reaksiyon" (Reaction), and gives English drama lessons to students at Kadir Has University. If any other Turkish actor was as successful as Malikyan, he would praise himself to the skies; however, Malikyan is very humble. "There is nothing to exaggerate. I have worked with important people. They are great but they also know how to act like normal people. In Turkey, everybody is a great actor; maybe they are, but we do not see it." Malikyan continues, smiling. He says he has not yet played his favorite character, and notes that there are very few people in Europe who understand Turks. He emphasizes that he has cleared the way for Turkish actors and says, "European filmmakers used to give the roles of muggers, murderers, smugglers and mafia to Turkish actors. "Once, I told my manager 'I want to play different, better roles,' and my world changed." But, what if he had stayed in Turkey and had never gone to London? "If I had stayed here, I would have become a priest," he supposes. He continued, "I have always been lucky in life. There are times when I wish I had been a priest. One of my friends in school became the head patriarch of Germany. When I returned to Turkey, the current patriarch Aram Ateşyan said, 'It is good you became an actor, because if you had stayed here, you would have been sitting in this chair.'" Then he smiles and adds, "Kevork means 'leader,' I guess luck is on my side." This incredible story which starts in Diyarbakır, continues in London and ends in Istanbul, is filled with sorrow, luck, fate, success, sadness and love; just like a film.