The Syrian pulse is beating strong 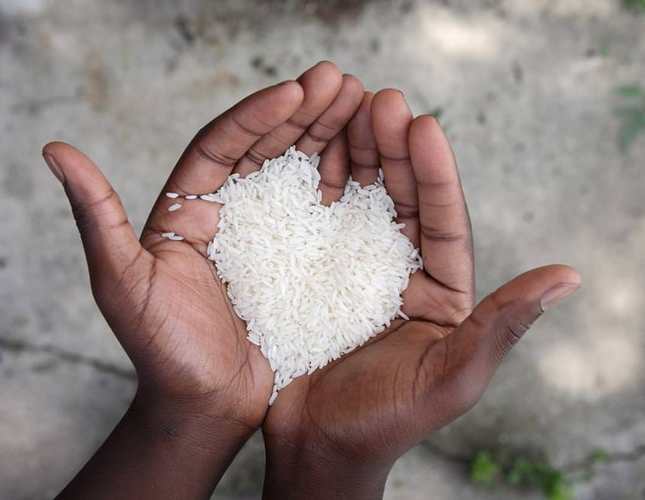 by Jane Louise Kandur Dec 06, 2014 12:00 am
What is the Syrian Pulse? The Syrian Pulse is a Facebook project started by a group of Syrians living in Istanbul. This group states that who they are is not important; their goal is greater than the personalities who make up the team. That is, what matters to the Syrian Pulse is what can be achieved.

The inspiration of this group is to share the joy of "giving small." That is, a charitable act doesn't have to be impressive, nor does it require great effort. It can be small and still be meaningful. The aim of the Syrian Pulse is to teach the Syrian residents of Istanbul that the "art of giving" is simple and easy!

The donations to the Syrian Pulse are not necessarily money. People can donate their time or effort. It doesn't matter how much or what a person gives, it doesn't matter how small or large, how simple or stupendous the gift; it is the act of giving in itself that touches hearts.

This is the philosophy. So what is the practice? The Syrian Pulse puts forward "simple ideas that anyone can try." The campaigns they have carried out until today include distributing meals to the Syrian needy and those injured in the war who are living in Istanbul. But it is not the act of distributing the meals, but rather how the meals are attained and how they are distributed that makes the Syrian Pulse different from other charities. The Syrian Pulse turns to the Syrian families living in the city, to families who themselves are trying to make ends meet. All the Syrian Pulse asks for is that such families add one extra chicken drumstick and one cup of rice to what they are cooking. That is, add just one person's portion, if that is all you can do. Then they collect up the extra portions and distribute the meals to those in need. The Syrian Pulse started this campaign during Ramadan; the young men who were distributing the meals found that they were still working when it was time to break the fast. They sat down on the street, where they were, and broke their fast; when they had satiated their appetite, they got up and continued working.

As everyone in Turkey knows, after Ramadan comes the bayram, the eid. This is a time for children to receive new clothing, candies and toys. Many Syrian children faced a dismal eid last summer, with no prospect of anything new. The Syrian Pulse collected clothes and sweets and distributed these to families in need. One mother rang up one of the members of the Syrian Pulse and told her how her young daughter had put on the dress she had been given – and spun and spun and spun from joy. When relating this story the eyes of the Syrian volunteer talking to me shone, with both happiness and sorrow. She was so happy that they had managed to touch just one person's life. And she was so sad that this young girl could be so easily pleased.

The Syrian Pulse also distributes cards for supermarkets that allow the recipient to shop up to a certain amount in a local market; they also distribute food baskets to needy families.

Another project that the Syrian Pulse has instigated is the "Moneybox" project. This idea was inspired by a group of students who bought a money box, and collected coins from fellow students. When the box was full of these coins the students donated it to the Syrian Pulse to be spent on charitable works. The students in question here are Syrian students who do not have a surplus of funds. In fact, one student who had received charity from the Syrian Pulse donated TL 5 back. When told that she did not need to contribute, she responded "My family give me TL 1 a week. I don't need it. Other people might need it more than I do."

When necessary the Syrian Pulse helps families who are financially challenged to purchase medicine, or to pay for school buses, or find the rent for their accommodation. They try to find what the family needs most and help them in that way.

The "School Campaign" was set up at the beginning of this academic year. Many Syrian families cannot afford to buy a schoolbag or stationary for their school-aged children. The Syrian Pulse filled bags with notebooks and pens, and gave them to the students.

The Syrian Pulse has set up knitting courses for young girls; the idea here is that they can work from home and sell what they make to earn a bit of extra money; this also helps the girls stay in education.

The matter of education is a sore point. Many of the Syrian families are in Istanbul unofficially, without papers. The parents can work, but only illegally. As is true all over the world, illegal immigrants have to accept whatever salary the employer deems appropriate. Worse than this, people over 40 are not often employed by factory owners, as they are "too old." So many families find their main breadwinner is sitting idle, at home. These people cannot find work, but they need to pay the rent, purchase food and look after their families. The sad truth is that the only solution such people can find is to send children to work in the place of the "elderly" parents. I am not talking about teenagers. Primary school children, as young as second or third grade, are performing jobs that are labor intensive. This is not a fault of the system, but of those who abuse the system. The factory owners are illegally employing people, and thus avoiding the labor laws. When these factories are reported, they are fined and shut down. But this does not deter the owners. They simply move their business elsewhere, opening a new sweatshop. As there is no control, the factory owners force many children to work 12 hours a day, six days a week. So for the Syrian Pulse, keeping just one child in full-time education is a victory. It is an uphill struggle, but one that must be taken.

The Syrian Pulse's "Winter Campaign" consists of distributing blankets and winter clothing. This in turn has inspired a group of women to knit woolen hats. The hats were donated to be distributed to families in need.

All the campaigns are simple. The Syrian Pulse is not out to make headlines. They want to change the world, one step at a time. The Syrian Pulse is content to just help one person with one meal. Their philosophy is that it is better to achieve something small rather than to have grand dreams but achieve nothing. It is the action of giving that matters. As you can see from their website at https://www.facebook.com/syrianpules2014, their campaigns are homespun, simple and modest.

The Syrian Pulse has inspired others, driving them to find the time, the money or the effort to help another person who is in need.

This is what inspires me about Syrian Pulse. Their philosophy does not include the growth of the Syrian Pulse into a national or international platform. Indeed, they asked me not to use their names, because this is not a project about individuals or even about the donators. What the people behind the Syrian Pulse want is for people to imitate this idea, to develop it, to carry it onto other regions. They want to see similar initiatives in Gaziantep, in Lebanon, in other countries and regions. It is the small gesture that brings great happiness. If these small gestures are repeated all over the world, just think how fantastic that would be.