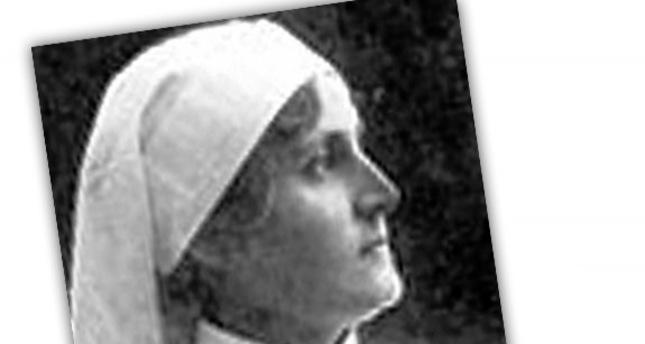 The daughter of an Ottoman pasha, Safiye Ali, was the first female Turkish physician as well as the first woman to teach medicine to girls in college

The world was full of burdens for Safiye Ali growing up at a time when girls were not allowed to attend medical faculties. Greatly influenced by the sufferings of people in the Balkan Wars, she was to become a passionate physician. In those times, women's education was a rare luxury, but the effort of Turkey's first female physician was both commendable and unusual. She was born on Feb. 2, 1884 in Istanbul as the daughter of Ali Fırat Pasha, the adjutant of Ottoman Sultan Abdülaziz and Abdülhamid II, and Emine Hasene Hanım. Born in Damascus, her grandfather Hacı Emin Pasha worked as Shaykh al-Islam in Mecca for 17 years and was the founder of five associations that still offer funds to students.

As the youngest of four sisters, she lost her father at an early age and later moved to the mansion of her grandfather together with her mother. During her years at the Istanbul American College, she set her mind on becoming a physician. She graduated from the college in 1916 and enrolled in the Medical Faculty of the University of Würzburg, with a grant funded by Education Minister Şükrü Bey.

Ali was an active student during her years in Germany. She took philosophy and history classes and spent her free time at the clinics of German physicians. The Bavaria National Education Ministry gave her a hard time earning a medical qualification, as she was the only Turkish student in the exam, and had a powerful desire to rank first. Even though she achieved first place, the ministerial officials announced her only as a candidate of medicine.

Under the harsh conditions of World War I, Ali was afraid of failing. She completed her degree with success and returned to Istanbul. Following a six-week visit, she went back to Germany to specialize in gynecology and pediatrics. She married her colleague Ferdinand Krekeler who later took the Turkish name "Ferdi Ali." Eager to work for her country, she finally settled in Istanbul. Ali received her diploma as Turkey's first female physician in 1923, and opened her first clinic in the neighborhood of Cağaloğlu. At first, she advertised herself through newspapers and everything went well. But wealthy female patients did not give her credit due to her gender, and poor patients saw Ali as a shoulder to cry on, and even told her their secrets. Unfortunately, the work was not well-paid, and she did not have any colleagues to help her. She would accept lower examination fees if the patient had financial difficulties, otherwise she would ask the same fee as her male colleagues received. In a word, she was suffering from the lack of "equal pay for equal work" at that time.

Leaving aside her sufferings, Ali's deep passion pushed her to become more than a clinician. She started to give gynecological and obstetrics courses at the first women's medical school under the American College, and made a name for herself as the first female lecturer in higher education.

At that time, there were special care centers ("Süt Damlası" in Turkish) in different cities of Europe for children who were unable to have access to breast milk or to sterilized milk for different reasons. Its Istanbul branch was founded by the French Red Cross, but was later handed over to the "Himaye-i Etfal" (the then Social Services and Child Protection Agency) in 1925. Rather than offering treatment, the center's principal aim was to raise awareness among mothers about how to raise children properly. Later, Ali was assigned the head of the center, and its activities gained momentum. Pointing to the benefits of breast milk, she encouraged mothers to breast-feed their children. Besides this, she held training sessions on achieving a healthy diet. Voluntary caregivers used to visit homes to follow up on mothers who took this course. Ali established the Hilal-i Ahmer Hanımlar Society Little Children Clinic, which offered services to children of different ages. The clinic provided treatment for sick and weak children over 1 year's of age who no longer fed on breast milk. Apart from patient care, the clinic also organized training sessions for mothers and donated clothes twice a year.

Ali and her efforts for mother and children are enshrined in the hearts of Turkish people. She was always busy with her voluntary activities and patients flocked to her clinic. Moreover, her photos and statements were published in newspapers thanks to her activities in the field of women's rights at the Turkish Women Union. Ali, however, had to resign from the Süt Damlası Care Center because her colleagues forced her to quit. Her patients did not welcome this decision, and even women with children made demonstrations in front of the Hilal-i Ahmer Society and the house of Fuat Bey, the center's new head. There were rumors that Ali intentionally organized these demonstrations, yet she described such assertions as ridiculous, adding that the rumors were circulated by some male physicians who were jealous of their counterparts' success.

As a flourishing physician at the top level of her profession, Ali was forced to quit serving poor women and children. She was assaulted by male physicians many times and demoralized by groundless assertions, but struggled with patience and determination until she was diagnosed with cancer. Ali later moved to Germany and continued her profession during World War II, even though her health was deteriorating. Her successful career ended in Dortmund when she passed away in 1952, aged 61.