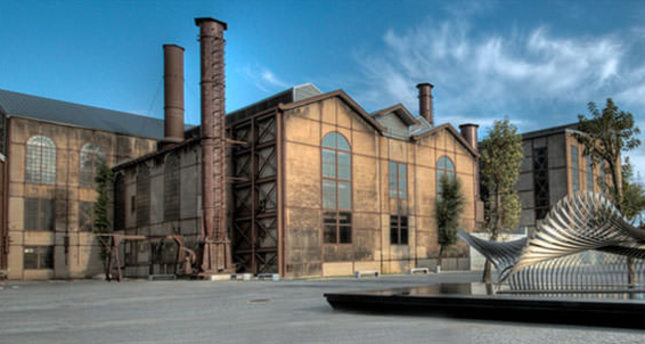 With so many old buildings in Istanbul, opportunities for restoring and rebuilding are endless, and variations in the use of the same building style can be seen throughout the historically rich city

Education, the arts and cultural development are always worthwhile investments for future generations; this is why it is so wonderful to see old buildings restored to serve such purposes. In a city overcrowded with abandoned buildings and factories, the need to restore and revive is always appreciated. Over the years, Istanbul has added to its already rich cultural heritage. Changes in the use of specific buildings go hand in hand with the development of a country, and also serve as milestones for the progress of a city and its residents. This article provides a glimpse into how some of these deserted structures have been revitalized, contributing magnificently to both our culture and future.

Many of you may know of Santralİstanbul from its countless concerts and gallery openings, but what you may not know is the history behind the massive complex. This now fun and festive area was once a power plant that supplied Istanbul with electricity. Known at the time as Silahtarağa Power Plant (Silahtarağa Elektrik Santrali) or Silahtarağa Thermal Power Plant (Silahtarağa Termik Santrali), this power station was the oldest in Istanbul. It was built during the Ottoman period in 1914 as a coal power plant, and generated electricity until it was shut down in 1983. To speed up production and generation, a railway line was built that connected the power plant with coal mines around Istanbul. In no time, the power plant was supplying electricity to many parts of Istanbul, including Suriçi, İstinye, Pera and many more suburbs. The electricity produced was put to use lighting the streets of the city and powering tramways. However, the construction of the Ambarlı Thermal Power Plant marked the end of the old and deteriorating Silahtarağa Power Plant. Due to the air pollution produced by the plant, city officials decided to close the plant on March 1, 1983. The complex was then bequeathed to Istanbul Bilgi University in 2004, and was rebuilt to include a campus for the university, a museum and galleries. Today, Santralİstanbul is known as one of the most popular concert areas in Istanbul, and houses many buildings and open areas for festivals, workshops, open-air cinemas, theaters and art exhibitions.

Kadir Has University, which you can spot on the shorelines of the Golden Horn, is yet another example of how crumbling aspects of Istanbul's past have been restored and rejuvenated. The 10,300 square meter plot of land, which now holds buildings for classes and outdoor areas for students, was formerly the Cibali Tobacco Factory. The building was originally owned and operated by the French, but was later put to use in the making of domestically-produced cigarettes. In 1946, Cibali Tobacco Factory produced its first cigar, and just a few years later in 1959, began to produce the first domestic filtered cigarette called "Samsuns." With the import of machines from Europe, the factory continued to grow, and eventually started making tobacco pipes as well. When the factory ceased production in 1994, a decision was made a year later to convert the facility into a university; the abandoned factory was then sold to the Kadir Has Foundation with the caveat that it must be restored as a university. Dr. Mehtmet Alper was the architect who worked with the founders of the project to transform the factory into a campus. The aim was to preserve the original character of the buildings and the essence of the factory while reshaping the buildings to create a learning center. In 2002, Kadir Has university opened its doors to students and teachers from all over Turkey.

Nişantaşı University also has a history of converting old factories into educational hubs. The university's campus was built on what used to be an old nail factory in Kağıthane. University officials saw the rundown factory as a opportunity to revive this area of Istanbul while developing a project with new concepts that could also be used for educational purposes. The aim of the project was to build an eco-friendly university promoting green spaces and living. The organic-centric campus was built using recyclable materials to lessen the carbon footprint of the project, and the location of the campus was specifically chosen in close proximity to public transportation routs to ensure that reaching the campus would be easier and help reduce carbon emissions. Turkey's first environmentally-friendly campus in Istanbul opened its doors to students in August 2014.

These universities are just a few of the restoration projects you can see around Istanbul. Other famous restoration projects include the Shangri-La Bosporus Hotel, which functioned as a tobacco storage unit in the first years of the Turkish Republic. Known as the Astro Tobacco Storage House, this storage unit was designed by architect Victor Adaman in Beşiktaş. After it went out of business, the building was used as a television factory and eventually went on to serve many other purposes before being restored into the magnificent hotel it is today.

The old Bomonti Beer Factory, the first beer company in Turkey that has been brewing beer since the Ottoman era, is also being restored. The beer factory began production in 1839 and produced millions of liters of beer during the time of the Ottoman Empire through the founding of the Republic up to the present day. Over the years, new units were added to the original factory, eventually spreading out over 40 acres of land. Production finally stopped in 1991, and projects for the restoration of the factory began in 2010. The old beer factory is to become a culture, arts and entertainment center that will also include a hotel and a convention center.