More than an alphabet: The Ottoman Language 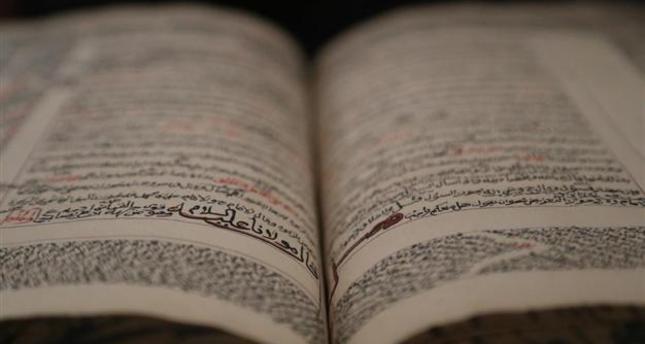 Commentary has appeared in Turkish and foreign newspapers this week about the latest move by the government to reintroduce Ottoman into the country’s educational curriculum. However, the main argument that should be addressed is not related to either an alphabet or a different language

The recent BBC report and the article in The Telegraph about the latest furor in Turkey might be confusing to a non-Turk: The Turkish National Educational Council has voted to introduce lessons in Ottoman Turkish in high schools. Those who oppose this move quote a number of reasons why such a move would be unacceptable, including that Turkey will become an Arabic-speaking country or that students will learn a language that their parents do not understand. And then there are those who state that there is no such language as Ottoman Turkish – that the only difference between Ottoman Turkish and modern Turkish is a different alphabet.

As a foreigner, at first I hung back from putting in my two-cents worth. But even though I am not a native Turk, I have had a number of encounters with Ottoman Turkish, perhaps more than the average Turk. So, here I am, wading in.

First of all, is Ottoman Turkish just a different alphabet? When I was 5-years-old and just learning how to write in English, my Russian grandmother came for a visit. "Oh, you are learning how to write. Let me teach you the Russian alphabet!" she said. Cool, I thought, and she taught me the letters. I promptly took the "d," "o" and "g" in Russian and wrote them together. "This is the word for dog then?" I naïvely asked. My grandmother was confused. "No, no, dog is "sobaka," not dog; a language is more than just an alphabet."

Yes, a language is more than just an alphabet. We read Beowulf in Latin letters, but can we understand it? Not on your nelly. I took a university course, which included Beowulf, and we had to use dictionaries to understand the language, which is called Old English. Language is much more than an alphabet, even when the languages are as close as Ottoman Turkish and modern Turkish.

Ottoman Turkish is primarily a written language. It is the language of historical texts, literature and official correspondence. It has been claimed that the majority of the people in the Ottoman Empire did not know how to read or write Ottoman Turkish and as a result, what was written was not a reflection of the language spoken on the streets. But if we go back a 100 or 200 years, where can we find a literary or official language that reflects the colloquial language? If you read "War and Peace" in Russian you have to have a good grasp of French, as there are large passages in that language. But how many of the serfs in Russia could speak French? In England, like Russia, the official language was French for an extended historical period. The difference between the word "cow" and the word "beef" in English originates from this difference. The person tending the cow used the Anglo-Saxon word while the person who had the beef presented at their dinner table – a person who probably never saw a cow up close – used the French word. Today in Britain, many students learn Latin or ancient Greek, despite the fact that these are not living or spoken languages. The fact that a language was the official, literary or historical language of a nation cannot be a factor in an argument against it being taught.

That Ottoman Turkish is more than just modern Turkish with a different alphabet becomes clear when one tries to understand a passage in the older language. I have firsthand experience of the difference between the two forms of Turkish. One of my first translation jobs was a translation of the history of Ibrahim Müteferrika, a 17th-century printer. There were excerpts from many of the works he printed and when I looked at the words, they merely grinned back at me. The word structure in Ottoman Turkish is different and many of the words themselves are different. There is a different grammatical structure and the syntax is not the same. There are similarities; indeed, many of the same words are used, but there are also many words in Ottoman Turkish that are no longer used today.

Another translation that I carried out was a work that focused on Evliya Çelebi. Evliya Çelebi, a 17th-century traveler, wrote about his journeys throughout Turkey and many other parts of the world. This work, a masterpiece of Turkish literature, has been translated, not transliterated into modern Turkish so that students today can read it. That is, Turkish students have to read some of the greatest works of literature from their own culture in translation. For those who argue that Ottoman Turkish is nothing more than a different alphabet, based on the Arabic alphabet, let me state here that much of the work that I was translating included excerpts from the transliterated version of Evliya Çelebi's work. It was not possible for me, a mere later-in-life learner of Turkish, to understand what was written. And I soon found out that my Turkish friends and colleagues could not understand it either. Only people who had been educated in Ottoman Turkish could understand and translate these excerpts into modern Turkish.

I have read a number of articles that state that, when Atatürk ordered for the alphabet to be changed to Latin letters, the Turkish nation lost its connection with the past overnight. However, this is an oversimplification of what happened. The school-age generation was suddenly to be taught in their new "okuls" – no longer were schools to be called "mekteps" – by their "oğretmen" – teachers were no longer "müderris" – in the new alphabet. In addition to the imposition of a new alphabet, commissions were established to create a new Turkish language. Words like "okul" were created – from the Turkish "okumak" (to read) and the French "ecole" (school) – to make the language more Turkish and the words of Persian or Arabic origin were removed.

But those who had completed their education were still able to read the works in Ottoman Turkish, and some of this generation was able to transmit the knowledge to the younger generation. However, there was another effect of this overnight change on the language. Works in Ottoman Turkish became "worthless" in the public domain. Books were thrown to one side, being deemed "old-fashioned." As a result of this attitude, many works were lost.

What is happening today, the reason why there is an impetus to reintroduce Ottoman Turkish into the high school agenda – and only in schools that have a religious-based curriculum or in social science schools – is that the generation that had been educated in Ottoman Turkish, who finished their education at the beginning of the last century, are no longer with us. Today, there are fewer and fewer people who can transmit this knowledge.

This argument is not about an alphabet; it is about a different language. But it is not a spoken language, it is a literary, historical language. It is the language in which the history of a people and a nation was recorded. For nearly 100 years, the Turkish nation has been cut off from its past. This move by the Turkish National Educational Council is aimed only at bringing Turkey closer to understanding its past properly so that it can move forward. One thing history has taught us in recent years is that countries that deny their history find it very hard to make progress; the Turkish government is doing its utmost to avoid making such an error.