Dive into the World of Underwater Photography 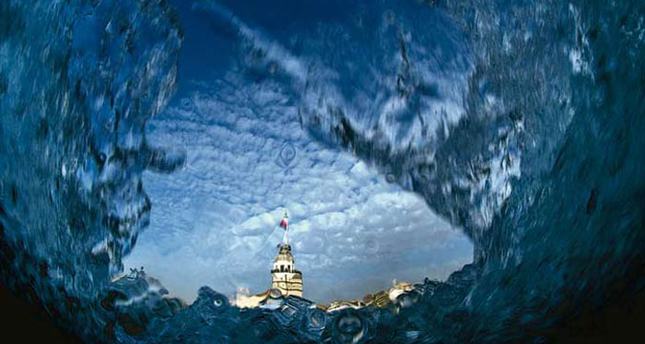 Most people enjoy swimming and playing in water, but when it comes to adrenaline-pumping activities such as diving or white water rafting, we may feel more reluctant to take part. Take a plunge into an underwater-filled adventure with the story of Alptekin Baloğlu

The blanket of water which covers more than 70 percent of our world has been the subject of great curiosity and marvel since the beginning of the human race. Most of us dare not explore the depths of the unknown landscape but for Alptekin Baloğlu the ocean has been a source of inspiration and the muse to his camera for more than 20 years. How does one become so interested in the art of underwater photography you might ask. Follow Alptekin and his mental journey through his work as he wins award after award for his outstanding photographs from all over the world.

Alptekin Baloğlu has been photographing the mysterious depths of the ocean since 1994. For 20 years, the expert diver/photographer has been diving into oceans and seas all over the World and capturing the mesmerizing moments with his camera. He has received over 60 prizes in both national and international contests and published many books about his expeditions.

In 1999 he published his first book titled Reflections From Underwater (Sualtindan Yansimalar) which was the first Turkish book where underwater life was introduced using pictures. Four years later, his second book The Stars of Underwater (Sualtinin Yildizlari) won the title of World's Best Underwater Book in the 30th World Underwater İmage Festival held in France. The same year he entered the Celebrate the Sea contest in Malaysia and again his book won the title of The Best Book of the Seas.

In 2005 he received the title of champion in the 10th World Underwater Photography Championship in Spain. With over 50 contestants from 25 different countries he won the Gold Medal in the fish category becoming the World champion.

Baloğlu has made it a mission for himself to introduce the world of underwater to viewers with over 11 exhibitions in İstanbul, Moscow, Berlin, Barcelona, Paris, Brussels and Antibes. But it doesn't end there. Aside from being and incredible photographer Alptekin Baloğlu is also a philanthropist.

Baloğlu published his book The Secrets of the Seas with 50 Questions which aims to educate children about sea life. In a series of questions and answers the book introduces creatures of the deep to children all over Turkey. The book is a part of a project which aims to introduce the sea to children in the eastern part of Turkey who have never seen the ocean before. For every book that is purchased two are sent to children in the eastern provinces of Turkey who have never actually seen the ocean. Over 20.000 books have already been donated foreducational purposes and more are being sent every day.

We had a chance to talk to the man behind all of these amazing achievements and projects, Alptekin Baloğlu.

DS: Why and how did underwater photography take your interest?

Sea and marine life have been drawing my attention since my childhood. After all, I come from a generation who grew up by watching black and white documentaries of Captain Cousteau. When diving became widely common in our country, I decided to take diving course twenty years ago when I was at a hobby fair. My first diving attempts took place in Istanbul's Yassıada. I went on diving every weekend even it was snowing outside. Later, it was time to buy a small camera and share what I experience underwater. I did not take any special course in underwater photography and learned it by making mistakes each time.

DS: What is your most terrifying diving experience?

Many of you would probably say the answer is sharks, but taking the photos of sharks was my happiest time in sea. I know many of them do not pose danger; this is because I get closer to them as much as possible to shoot the best photos. My answer is that I came across a whale shark, the world's largest shark species, in Australia and had chance to take only three photos of it as my camera ran out of photographic films.

DS: Have you ever seen a rare marine species or managed to take its photo?

I saw a blue-ringed octopus when I was diving in Malaysia ten years ago. While I was taking its photo, I saw another one and they began mating. My team enjoyed the privilege to take the photos and record the world's tiniest and most poisonous octopus for the first time. More details can be found on my book "Sualtının Yıldızları" (The Stars of Underwater).

DS: While taking the sea photos of different countries, which marine life did influence you most?

I think Thailand, Indonesia and Malaysia have the most vivacious marine life among tropical seas. Papua New Guinea is reminiscent of an underwater heaven because of its intact and unspoiled nature. The Galapagos Islands is ideal to explore marine life, especially watching shovelhead sharks.

DS: Your photos have received many international awards. How did you feel when you got your first award?

My first international award was the first prize at a competition held by a Singapore-based magazine. David Doublet, the legendary photographer of National Geographic and also the chair of the competition jury, gave me the prize which doubled my happiness. My other significant achievement is receiving the world's best underwater book prize in France. It was highly important for me because I wrote the book in Turkish.

DS: How did your first book make you feel?

This book is very important for me. Although I will not exist one hundred years later, but my books will always be alive and serve to humanity as a record of my art and the conditions of geography at certain periods. That's because I attribute importance on my first book. The book also motivates other Turkish underwater photographers as being Turkey's first book on underwater world.

DS: What was the feedback about your campaign for children living in the Southeastern region?

My ultimate aim is to teach what I have learned from marine life to children and encourage them to like underwater world. Therefore, I turned my book "50 Soruda Denizin Sırları" (The Secrets of Sea in 50 Questions) into a social responsibility project. When you order this book for 5 TL via the website "www.denizinsirlari.org," we send two another to the schools in the Southeastern region. Teachers can submit their book request via the same website. We then arrange the books for children. So far, we sent 21.000 books in 24 cities. They send us their letters, photos and videos and we share them on our website. I am very happy to conduct such a transparent project.