Discover the seals of Ottoman Sultans 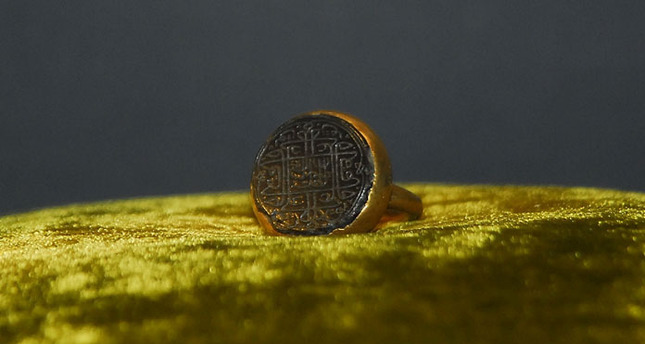 The emperors’ seal, which was one of the most significant indicators of imperial authority, varied in ornamentation depending on cultural and regional characteristics. While European emperors had illustrated and ornate seals, Ottoman sultans merely featured decorative calligraphy

In the Islamic world, imperial seals are referred to as "mühür," which derives its origin from the word "mühre," meaning ornamental bead because imperial seals were generally made of precious stones such as agate, jade or crystalized quartz. Indeed, it requires great effort to write a few words on a very small surface and place a delicate handle on it, and any official document without a seal was not recognized as original.

The seal of Prophet Muhammad was made of agate, the same type of gemstone fitted on his ring. During the reign of Uthman bin Affan, the third caliph in Medina, the seal was lost and caused political chaos throughout Islamic society. At the time of the Abbasids, the caliphs assigned viziers by handing over an imperial seal. Certain historical accounts suggest Solomon, the son of David, initiated this tradition by giving his seal to his famous vizier Asaf. In the following periods, Turkish emperors continued this practice as well.

Aside from imperial seals, Ottoman sultans commissioned artisans to design unique "tughras," a calligraphic monogram or signature, when they succeeded to the throne. It was affixed to all official documents, indicating that what was declared were the statements of the emperor. Laws and other documents about assignments, land allocation and dismissal came into force with the sultan's signature. A senior "nişancı" (marksman) was responsible for affixing the tughra on documents.

Every Ottoman emperor was required to order four different seals written with both the emperor and his father's name. The seal of the previous emperor used to be kept in the imperial treasury, and in the early days of the Ottoman Empire, the seals were designed in the shape of a ring worn by the sultan. Later, the three of them were put in a pouch and worn with a thin chain. 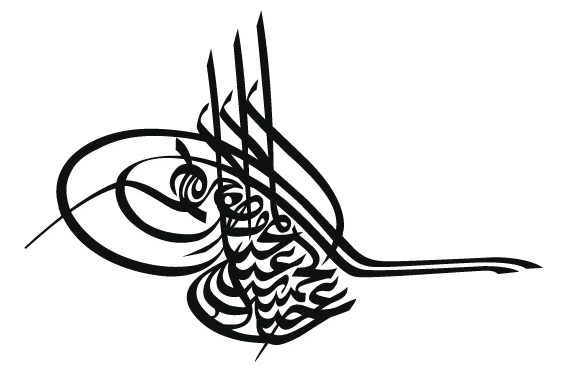 Emperors wore the quadrangular seal made of emerald, and they affixed the seal on documents recording treasury money and goods allocated to them. The oldest seal that has survived to the present day belonged to Sultan Bayezid II who lived between 1481 and 1512. Grand viziers were given large oval-shaped seals made of gold, and they affixed their seals on documents given to the emperor. The grand vizier was responsible for checking all documents before their submission to the sultan. The treasury and imperial archives were also affixed with the same seal. If the grand vizier was asked to give the seal back, it was a signal that he was dismissed. The emperor's "kapıcıbaşı" (personal assistant) was responsible for taking it back from the grand vizier. Starting in the 17th century, however, the sultans began giving the seal to the grand viziers directly.

The third seal was given to the "hasodabaşı" (palace grand marshal), the highest-ranking palace official, who was responsible for affixing all precious and sacred goods in the emperor's "hasodas" (study rooms), while the last seal was affixed to the emperor's belongings in his seraglio by its highest rank officer, the "hazinedar" (treasurer). If the seal of the grand vizier was lost or the dismissed grand vizier did not return it in time, then the seal of the grand marshal was given to the newly appointed grand vizier. In other words, a grand vizier only gained his authority with an imperial seal. Therefore, grand viziers always carried the seal with them. Humorously, Ali Pasha, the Grand Vizier of Sultan Abdulaziz, who lived between 1839 and 1876, was said to go to the "hamam" (Turkish bath) with his seal. 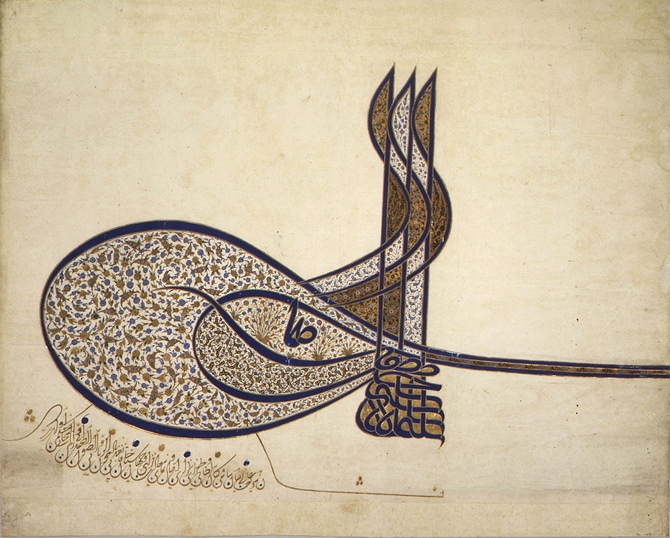 In addition to the emperor, almost everyone used official or personal handmade seals. Nearly all of them looked like each other with little variation, but they were used as a signature to avoid forgery and ensure authenticity. Sometimes seals featured names and lines from famous poems and quotes. Certain statesmen used to employ "mühürdars" (private secretaries) who took care of their official documents.

In those times, women also employed interesting practices regarding seals. Elegant pouches were designed to keep their seals and every woman used to have a few seals contained in their dowries. Those who engraved seals were called "hakkak" (engraver), and their shops were generally located in Istanbul's Beyazıt district. The bazaar where they opened their shops was called "Hakkaklar Çarşısı" or "Mühürcüler Çarşısı" (The Engravers/Seal Bearer's Bazaar). Over time, seal engraving declined, and the "sahaf" (second-hand booksellers), whose shops were destroyed during World War I, moved to the bazaar – which is why the bazaar is now called "Sahaflar Çarşısı" (The Second-Hand Booksellers Bazaar).

Engravers made seals from brass and embellished them with precious stones. Some decades ago, it was possible to come across seal engravers in Anatolia. However, only those who know how to read and write used seals. When the Arabic alphabet was replaced with the Latin alphabet during the founding of the Turkish Republic, the art of seal engraving lost its attraction. In certain Arabic-speaking countries and India, Muslims still use seals, however.

A famous historical account about seals recounts the following: One day, a jinn took the seal of Solomon, the King of Israel, and masqueraded as the emperor on his throne. Nobody realized that he was a jinn, but then the jinn accidentally dropped the seal into the sea and a fish swallowed it. While fishing, Solomon caught the fish and took back his seal. Thus, the famous saying in Turkish, "Mühür kimdeyse Süleyman odur!" (He who holds the seal becomes Solomon) took its origin from this story.