Daffodils dancing in the wind 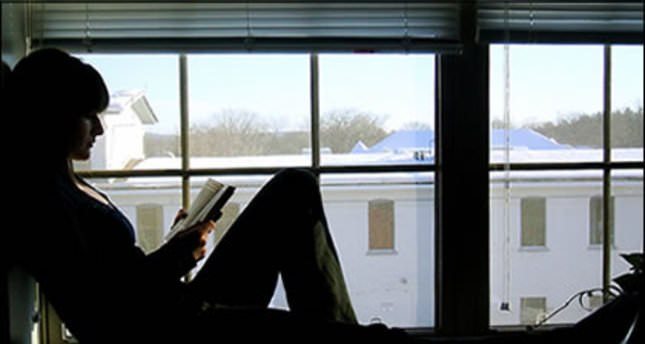 As the new year begins, we find ourselves looking at the past and contemplating the future. More and more frequently we are encountering a very negative and sad depiction of the future awaiting us, but is this the only choice?

On Dec. 31 and my phone was constantly buzzing with incoming messages, WhatsApp texts and emails to wish me a Happy New Year or last minute attempts to raise money for a well-intentioned charity. New Years is a time when we evaluate our life and look at both the past and the future, at what we can change or improve upon, where we went right and what we should continue to do. The constant activity of my phone screen brings me to the perennial arguments about how society is not as it used to be.

A recent article in The Guardian about being lonely by George Monbiot, "The Age of Loneliness is Killing Us," from Oct. 14, 2014, came to my attention the other day. Reading it made me pause to think: is this an age when society is really disintegrating, becoming the age of the individual? An age where things require the descriptive adjective of "personal?" Honestly, what is the difference between a personal friend and a friend? And can we have an impersonal friend? When did we stop connecting with the larger masses, when did we become divided from our friends and neighbors?

Being a baby boomer and having only witnessed the end of the post-war era via my parents, it is hard to tell if the world is really going to hell in a hand basket. The war spirit in Britain and the pulling together and everyone working toward a common goal was certainly echoed in Turkey in the 1970s and 1980s, and probably existed throughout the world in those eras. But, as I commented in an earlier article, not only is the art of standing in lines apparently dead, so too is the attitude of being a community that pulls itself together.

However, when I was growing up, this community spirit was already on the way out. First, we lived in a fairly small Midwestern town, but unlike in the sitcoms, the neighbors rarely stopped by for coffee and cake. Although the neighborhood children played together in the evenings, the families did nothing together – no block parties, no open houses. As a teenager in Chicago, we knew some neighbors, but certainly not all of them. We spent time with friends and family, but as kids, we also spent a lot of time in our rooms, headphones on, listening to our Walkmans. We talked for hours on the phone and often preferred this mode of communication to face-to-face conversations.

There is nostalgia at work here and this makes me question how much we need to despair about the present and the future, longing for what had been.

It is well known that the firmest friendships are those formed during times of difficulty or stress. The example of soldiers who were in the same regiment during a war is the best example of this. These friendships are firm and last through the years, even if these friends do not see each other often. The other day, a friend showed me a picture of six men in their late 60s. They had all attended the same boarding school and were at a reunion. They had not seen each other for years, but their conversation, I am told, took off as if they had never been apart.

But for those people who have never been in such stressful situations or grown up in such close quarters, such lasting friendships are few and far between. I had good friends when I was a teenager and we thought we would be friends forever. But I don't go to the reunions at my high school as it is too far away. Those friends who were going to be friends for life live in many different places as well. It is only thanks to Facebook that I am in touch with quite a few of my high school and university friends. If we were living 20 years ago, this would be next to impossible since one friend lives in Stockholm, one in Singapore, one in the Midwest and one in London. Not only my friends, but also my family is spread over three continents. Letters would have given us some sort of contact, but today I can see what my friends, nephews and nieces are up to on Facebook and we can "chat" there or on WhatsApp. I talk to my married daughter three or four times a day, with phone calls, messages and even "personal encounters." Twenty years ago, we would only be able to talk on the phone when we were both at home. Today, it doesn't matter if I am in the supermarket or in the kitchen, I can communicate with my friends and family anytime, anywhere.

So, is The Guardian article just another miserable look at our modern times, a dismissal of what the world is changing into? Is this just a postmodern Luddite reaction? Do we really think the Romans or Seljuks or ancient Britons spent time sitting around fires, chatting about their day, asking each other if they were happy or not? Or hanging out in the mall sipping tea and coffee?

True, people used to spend hours talking in coffee shops. But just go to any coffee shop today and you will see the same thing. OK, everyone also has a computer or a mobile phone, but quite often they are communicating to their counterpart about what is on the computer screen or cell phone. New coffee shops are opening every day and there must be a reason beyond the free Wi-Fi.

I will concede that the friendships on Facebook may not be as deep as a "personal friendship" of days past. It is also a fact that many fewer children play in the street or have friends in their neighborhoods. But they do have friendships at school and university, and these friendships are able to be continued day and night thanks to modern technology. Only time will tell if this is good or bad.

When you look at poems, though, in particular the Romantic's poems, you can see that they – from Sassoon to Wordsworth – felt lonely and alone sometimes. Just look at Wordsworth's "Daffodils":

I wandered lonely as a cloud

That floats on high o'er vales and hills,

When all at once I saw a crowd,

A host, of golden daffodils;

Beside the lake, beneath the trees,

Fluttering and dancing in the breeze.

For oft, when on my couch I lie

In vacant or in pensive mood,

They flash upon that inward eye

Which is the bliss of solitude;

And then my heart with pleasure fills,

And dances with the daffodils.

Here is a man who when he feels down does not go and chat with his friends, but contemplates a beautiful scene from his memory. Not a scene filled with people, but with nature. Loneliness is something that happens to all people throughout their lives. However, our ways of dealing with loneliness have perhaps changed. When I was a teenager listening to my Walkman, I would read books. There would be nothing but soap operas on television and I had no other recourse – books were our best friends. Today, children are under a constant barrage of entertainment from computers to iPads to televisions.

And it is not just children. People who worked in factories had a sense of community at their workplace, as did people working in offices. Today, more and more people are creating home offices, meaning that they have less contact with their coworkers. Outsourcing means that people working for the same company may not be in the same building, let alone on the same continent. Today, it is our working life that is changing how we live. This is probably an unavoidable part of progress. With every innovation there have been those who have stood against it, claiming that it will destroy the world as we know it. These innovations tended not to destroy the world as we know it, but added something new and improved it. So perhaps the problem is not being alone, but what we do with the time when we are alone. Instead of fighting the all-pervading nature of social media, we should open our arms and use it for its best. We can read books on our tablets and smart phones and we can share our thoughts on these and other matters with people we will probably never meet. Loneliness, according to the article in The Guardian, is more dangerous than smoking or obesity, which is frightening. We need to develop new tools or redevelop old ones to combat loneliness. There are many points in the article here that I have not touched upon, for example the loneliness of the elderly. This is a sad situation and one that needs to be addressed. As the younger generation gets busier, we find less time to give thought to those who are not busy.

Loneliness for the younger generations is something that is more easily controllable, and like smoking or obesity, it is up to us to do something about it. Technology offers us great hopes for the future, but it throws up enormous challenges. We need to learn to evaluate our down time, our "personal" time, and perhaps we should learn to use it to visit the elderly, read a book or think about dancing daffodils.