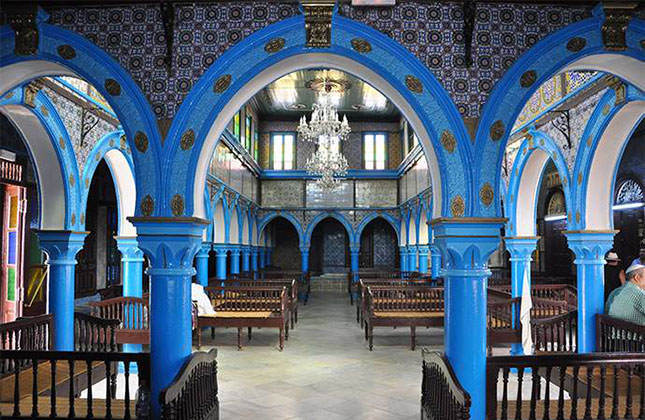 Cross-cultural collaborations between Jews and Muslims have resulted in the restoration of landmark synagogues, many of which were in need of repair due to financial constraints or negligence

An article dated December 21, 2014 on "judaism-islam.com," a website highlighting the similarities between Jewish and Muslim traditions and values, discussed about 15 synagogues renovated by Muslim societies around the world, including Turkey. With reference to the author's comments, various synagogue restoration projects - some of which are covered in more detail below - took place with the contributions of Muslim societies from the U.K. to Egypt in recent years.

Aside from the abovementioned renovation works carried out in different parts of the world, the Turkish government has shown its support to the country's Jewish community with a number of synagogue restorations. This article also mentions the name of some Jewish houses of worship across Turkey, including Edirne Synagogue, Gaziantep Synagogue, Algazi Synagogue, Beit Hillel Synagogue, Bikur Holim Synagogue and Shalom Synagogue. 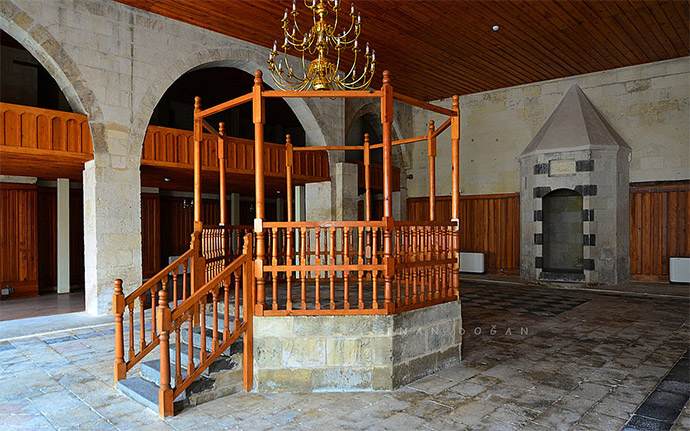 The history of the Jewish community in Turkey's southeastern city of Gaziantep is known to go back nearly 1,000 years. The Gaziantep Synagogue in the Düğmeci neighborhood underwent a comprehensive restoration that started in 2010. The synagogue was abandoned when the city's remaining Jewish community left the region in the 1970s and traveled to either Israel or Istanbul. A significant part of the building collapsed due to negligence. With the contributions of the Jewish community, the General Directorate of Foundations carried out the project at the two-story synagogue that originally could seat up to 500 people. The official date of its construction is unknown, but certain local resources suggest it was built in the 19th century. 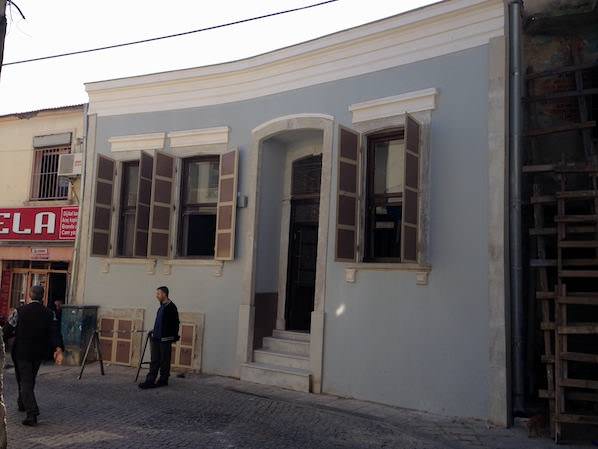 The city of İzmir in western Turkey harbors a rich Jewish heritage with its historic synagogues, one of which was renovated as a part of an international project and turned into Rabbi Hayim Palache Museum. Founded in 1840 in the home of the Palache family, Beit Hillel Synagogue went under restoration for a year, starting in April 2013. A basement floor was brought to light during the maintenance work and put under protection. Hayim Palache, the then chief rabbi of İzmir, and his son Rabbi Avraham Palache were the two famous names of the Jewish family. Hayim Palache wrote 72 books, 26 of which were published and are still used as reference sources by international institutions. He was recognized as the 19th century's most influential religious scholar among the city's Jewish community. 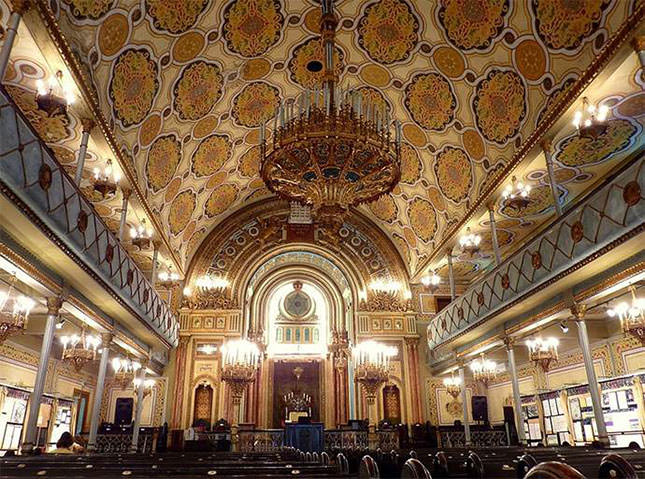 Turkey's General Directorate of Foundations spent TL 4.5 million ($2.07 million) for the restoration of the Edirne Synagogue, which started serving the Jewish community of Edirne in 1907. Built upon the imperial order of Abdülhamid II to replace 13 synagogues that burned down in a fire, the synagogue functioned up until 1983, the year when a large portion of Jewish people migrated from the city. In 1995, the building was transferred to the Foundations Department. The synagogue's roof collapsed two years later. In an earlier Daily Sabah article, the statement of the Turkish Jewish Community and the Office of the Chief Rabbi pointed out that "the restoration of the synagogue was graciously done by the Foundations Department with the support and cooperation of the Jewish community and that the building would serve a dual purpose as both a synagogue and a museum." Featuring the architectural characteristics of the Leopoldstadter Tempel, once the largest synagogue in Vienna, Edirne Synagogue will continue to serve as a house of worship. 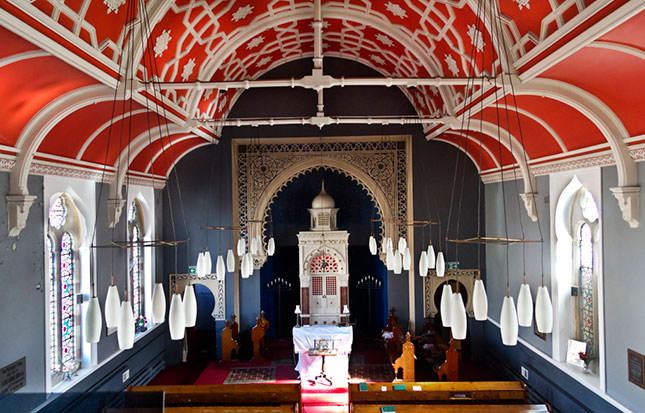 The Moorish Victorian building founded by Rabbi Joseph Strauss in Bradford, England, toward the end of the 19th century faced serious deformation three years ago, yet the synagogue's members were unable to cover the maintenance costs. The oldest reform synagogue outside of London was under threat of closure; however, incredible cross-cultural cooperation saved the historic building. Bradford's Muslim community, including certain business groups and the council for mosques, was able to raise over $200,000 by donating their own money and arranging some government funding. With initiatives by two Muslim entrepreneurs, the financial lifeline secured the synagogue's future and created long-term friendship between Muslims and Jews. Today, Bradford's only remaining synagogue is open for Shabbat, religious festivals and dinner nights and keeps the city's small Jewish community together. 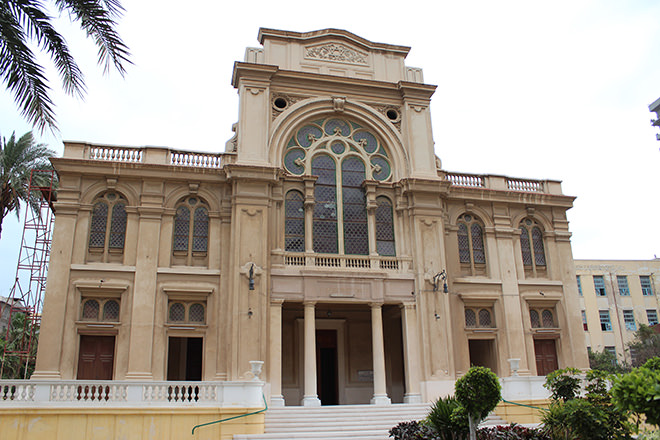 Egyptian authorities completed the restoration of the 19-century-old Maimonides Synagogue in about two years and reopened it for worship five years ago. Named after Maimonides, also known as Rabbi Moses ben Maimon, a famous Jewish philosopher, Torah scholar and the leader of the Jewish community in the 12th century, the Cairo-based synagogue is among 11 Jewish places of worship under restoration, according to AFP. Born in Cordoba at a time when the Jewish population was high in southern Spain, Maimonides fled to Cairo with his family due the rise of anti-Semitism and continued his studies at a yeshiva next to the synagogue. The Egyptian Supreme Council of Antiquities spent around $2 million for the restoration work. Egypt's Jewish population was significantly reduced by the emergence of the State of Israeli in 1948 and the following wars in 1956 and 1967, which prompted a mass exodus. Now, the population is a mere few dozen. 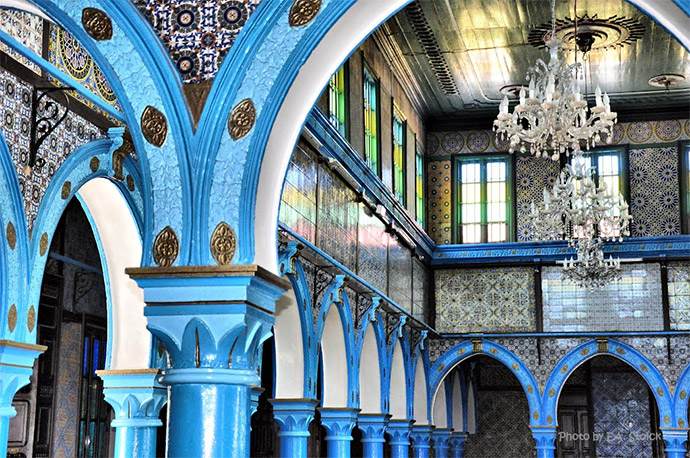 Erected on the site of a Jewish temple situated on Tunisia's Djarba Island, Africa's oldest synagogue, El Ghriba, is another concrete example of Jewish and Muslim coexistence. Last year in March, the Ministry of Religious Affairs announced that the Tunisian government allocated funds to renovate the ancient temple where Jews from all around the world, notably from Europe and Israel, travel for an annual pilgrimage that takes place after the celebration of Passover. There has been, however, a significant decrease in attendance, especially since an al-Qaida attack on the synagogue with a truck bomb that killed 21 Western tourists in 2002. The number of tourists further fell following the Tunisian Revolution that started in 2010. The Tunisian government is hopeful to attract a high number of tourists to the island again with future investments. Standing out with its distinct blue, white and green hues, the synagogue is said to take its name from the Jewish saint El Ghriba, meaning "The Stranger" or "The Miraculous." Although the island has a relatively small Jewish community, they enrich the country's culture with a history dating back almost 2,500 years.
Last Update: Jan 06, 2015 12:38 pm
RELATED TOPICS