Zografeion High School: The hope for the future of Istanbul’s Greek community 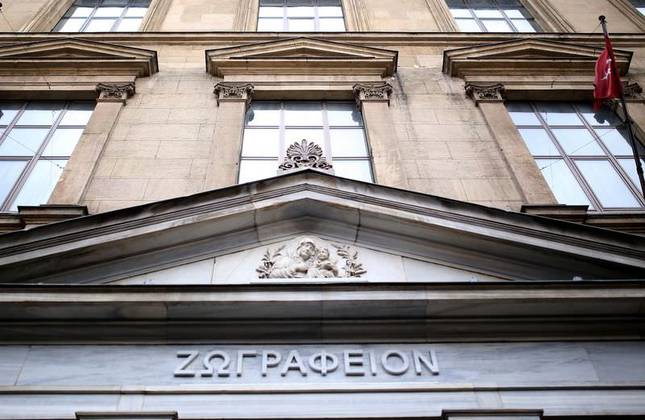 Located in Istanbul’s historical Beyoğlu district, Zografeion High School is one of the remaining open Greek community schools in Istanbul. Many famous artists, politicians and theologians including current Ecumenical Patriarch Bartholomew, have studied there

The Zografeion High School, which opened its doors in 1893, erected with aid of financial support of Greek banker and financial adviser to Ottoman Sultan Abdülhamid II, Christakis Zografos, has trained more than 10,000 students in its first 100 years.

Celebrating its 121st anniversary with 42 students, the private school in Istanbul's Beyoğlu district is the hope of the city's remaining Greek community. Yani Demircioğlu, the school's principal, described the dwindling community as a "sick man."

A fifth floor was added to the historic building near the Galatasaray High School on Turnacıbaşı Street in the academic year of 1961-1962 due to the high number of students, reaching 730. However, the conflict between Greek and Turkish Cypriots in the 1960s and 1970s dramatically affected the number of students. Today, the remarkable building houses a mere few dozen students. Sometimes, classes take place with only one or two students.

Speaking to Anadolu Agency, Demircioğlu said following the dramatic decrease in the number of students, the school has had at most, 50 students at a time since 1996. "We unfortunately paid the price of the problems between Turkey and Greece, especially what happened in Cyprus," Demircioğlu continued, adding that the Greek community of Istanbul looks like a "sick man," whose numbers gradually decrease each day.

For the last 19 years, the number of students has fluctuated a little, but has mostly remained between 40 and 50. "When you look at the heart monitor of a patient in a hospital, you may see both promising and hopeless signs of life. I compare the number of our students to these signs. I believe the number from 1996 to the present shows Istanbul's Greek community is still alive, that there is still hope," he added.

The Greek school prioritizes social and cultural activities as well. Guests visiting the school for cultural events liven up its atmosphere and make the school staff feel as if they were back to the old days when the school had between 300 and 400 students. Demircioğlu humorously said the school only needs students since there are currently 42 and the final year class is the most crowded with 10 students. Literature, sociology, history and geography classes are given by four teachers in Turkish assigned by the National Education Ministry. There are 13 Greek-Turkish teachers.

Students who want to enroll at the school must have a mother or father of Greek origin and Turkish citizenship. Foreign nationals are accepted as visiting students, but cannot receive a diploma from the school. Demircioğlu said the number of students may increase if Greek and Turkish citizens are allowed to take either Turkish or Greek language classes at school. He said that the Greek community of Istanbul is not well known around Turkey or even in Greece, and highlighted the problems of the community. "One day we took a tour around İstiklal Avenue to interview almost 100 hundred people included shop owners we already know. We found out that only those who had Greek neighbors in the past could correctly guess the current number of Greeks. Believe me, there are people who have never heard about us. Some of them said there are two million Greeks in Istanbul, while others said 200,000 or 20,000," Demircioğlu said. He continued that they came across a Greek couple on the street, one of whom said there might be two million Greeks in Istanbul, while the other said there are 200,000. "The interesting thing is there are no more than 2,500 Greeks in the city," Demircioğlu explained.

Demircioğlu is the first principal who graduated from this school. He started at the school in 1972 and graduated in 1978 with 36 other students. Only five of this year's graduates reside in Turkey now, he said, adding that the others went abroad. He has been working for the last 20 years as the school's principal.

The high school does not suffer from financial difficulties as donations are enough to run the institution. The building features a well-kept theater stage, library, physics and chemistry laboratory and language classes. Demircioğlu knows the names of all 42 students. "I do not only know their names, but their problems and feelings," he said, "The important thing is not today, but the future. I prioritize our history to raise awareness of our identity. The most important question is how we can move on." He believes the school contributes to the Turkish and Greek relationship.