The fat life: It’s not a joke 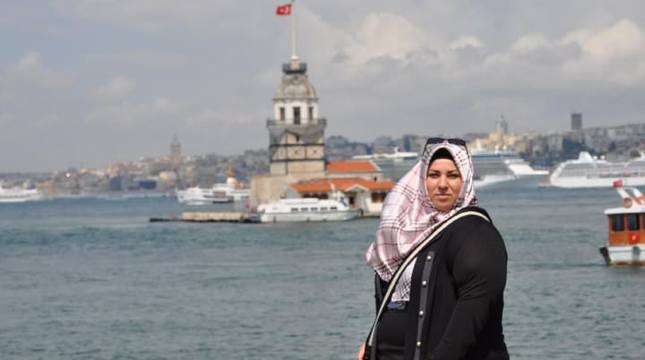 ‘Sticks and stones may break my bones, but words will never hurt me.’ Believe me, words hurt; in fact, they stick with you for life, even after losing about 80 kilograms

Having a little extra meat on my bones since birth, I tried to avoid the scales at all cost. However, I woke up that morning and out of the blue, decided to weigh myself. As I stepped on the scales, no way was I aware of what I had done to myself. The scale screamed 149 kilograms at me.

I knew I was fat. I only ever knew myself as fat. Baby photos, primary school, teens, university years, adulthood; it was never anything else but a life as an obese person.

Growing up, the stares, the remarks, the finger pointing, it hurt. There is no truth to the saying "sticks and stones may break my bones, but words will never hurt me." Physical injuries almost always eventually heal, yet words will stick, leave deep scars, reminding you of what you are to others, how they see you. Throughout life, I came to accept and became used to everything, except the fat comments. At about 65 kilograms today, after losing about 80 kilograms, I remember vividly every word used to describe my physical appearance. It still deeply hurts me today to hear even the comments made in reference to others who do not fulfill the criteria to be considered "normal" in the eyes of the masses.

My paternal grandmother, aunt and father were all obese. Although I am not very familiar with my late father's side of the family, I am told that the majority of them were also on the heavy side. So much so that my father was sick and tired of the chub that he prayed to God for a slim wife. His prayer was answered. He married my stick-thin mother, who weighed merely about 42 kilograms at the time. She was so slim that one day he exclaimed, "I asked for a slim wife, but you are too thin!"

It's not hard to guess whose genetic characteristics I was "blessed" with.

As far back as I can remember, my dear father would always be commenting on my weight. I still remember very clearly some of his most unintentionally hurtful comments. There wasn't a single meal that we would eat without him commenting on my weight. In tears right now, I understand better now the true meanings of his remarks and that he cared so much for us that it concerned him to see me become heavier as we grew. He knew the obstacles I would face in the future.

With both parents working full-time, we only had breakfast on the weekends. We weren't a takeout kind of family. With mum working during the week, she would usually prepare the week's dinner on the weekend and as a – fat but – fussy eater, I wouldn't eat all the dishes she prepared and I wasn't a fan of eating leftovers either. So this gave me an excuse to skip eating at the dinner table with dad and snack on other – mostly unhealthy – things.

I grew fatter over the years. Spending most of my days in comfy sweats and t-shirts, I only realized something was not "right" when I needed an outfit for a special occasion. I cannot remember a time that my poor mother ever had the pleasure of shopping for me in the children's section. Whenever the occasion called, she would dress me up from the women's section.

As a child, I remember trying very hard to be like everyone else. I studied hard to achieve the highest scores in school to make it up to my parents for being a fat child. At one stage, I tried every trick in the book to avoid P.E. classes. It's not hard to imagine the jokes that were cracked. Eventually I had to participate and when I did, I noticed I was capable. The discovery that I too could be good at sports pushed me to excel in any physical activity I enjoyed. Gymnastics, volleyball, baseball, table-tennis, badminton, netball, roller-skating – we didn't have rollerblades back then – swimming, cycling, cricket even; you name it, I tried them all and was damn good at them too, simply to show the "world" I wasn't really that different.

Wherever I went, I was always the biggest child/person. I could never be "missed," as many of my classmates would say in reference to my size. As I started to hit my teens, I discovered black clothing. Many thought I wore black to make me look slimmer – if ever that was possible. I wore black, head-to-toe, every day, so I would be less noticeable. Then I added heavy metal to the mix, but that's a whole different story. Despite starting a new diet every Monday (sound familiar?), by the time I graduated from high school I weighed 145 kilograms. At the time, dad was seeing a naturopath. Somehow we heard that she prescribed green – all natural – tablets to aid weight loss. Thinking I had nothing to lose but fat, I started on the so-called miracle tablets. They did nothing for me, but this time I was determined to make a change. I tried some other tablets that many swore by – currently illegal in most countries. Shortly, with the heavy side-effects of the tablets I was living on a couple hours sleep each night, eating once every couple of days and working out. I guess when you are younger, the changes show a lot quicker than after your late 20s. I was so determined and so driven by the changes in my body that I increased my workout time and cut back even further on the food. I had become a mess. I was sleepless, tired, angry and jittery all the time. Had my family not known about the pills, they would probably have been suspicious of drug use – not that this was any different other than the fact that it was prescribed by a general practitioner.

I had lost close to 40 kilograms in about eight months. However, being an unfortunate year, soon after we lost my father to a heart attack. It was definitely a life-changing event in our lives, which led me to relocate to Turkey – the start of a new adventure and another whole different story.

Eventually I started piling on all the weight I had lost. I stopped socializing, started working very long hours from home, leaving very little time and motivation for any physical activity let alone cooking. So food was either takeout or junk. Since I wasn't socializing, there was no need to shop for clothing either. Unaware of how big I had actually become, I had trouble understanding how any stranger who I met for the first time would have the audacity to comment on my weight – something I experienced very frequently in Turkey. Turks are obsessed with weight. Even the slightest weight gain will not go unnoticed. So leaving the house and on top of that taking public transport in this country had become torture. I would either prefer to travel standing or try to make myself as "small" as possible so as not to cause discomfort to the other passengers. Yet I would always get "the look" and be made to feel that I should pay two fares.

Is there any need for me to even mention that going into clothing stores was a nightmare? Sales assistants are usually on your back trying to make sales. They will try to help you so much that you will feel obliged to buy something you don't even want or need. However, if you are anything above a size 12, you will be told very bluntly that they have no plus sizes or that you will need to go another floor down for their plus size range – usually sizes 12 to 16 only. In some cases, if you are as "lucky" as I was, you might have the sales assistant come without any warning and grab the item out of your hand saying, "that will not fit you."

People would openly tell me what they thought about me and what I should do about my "problem." To them I looked abnormal, ugly. My appearance bothered many. It seemed that nobody could see beyond the fat. Yet I have feelings, thoughts, skills like every other person. Hence, after six years, living in Turkey had become impossible for me.

I flew back to Australia and finally decided to face reality. I weighed myself, to discover that I had hit my heaviest, a kilogram shy of 150. Although seeing that figure on the scales bothered me, it still wasn't enough to trigger me, because I was used to what I saw in the mirror. My entire life I was overweight, obese, so just as many failed to see beyond the fat, I failed to see the fat.

For some the trigger is a dress, an important event, someone special, a health issue. For me, it was a photograph taken on the same day I had weighed myself at 149 kilograms. I had never seen myself so huge. I hadn't realized I had become that big. To top it off, I was holding an amazing gelato cone, ready to be devoured. I felt so ashamed and disgusted in myself that I was reduced to tears.

It wasn't my appearance that made me break, but the fact that I had let go so much that I had deprived myself from living my life. Why had I done this? I am still afraid to face the true reason today, but at that moment, I knew it had to be done. I knew that I did not want to be a diabetic like everyone in my family. I knew that if I had children, I needed to be a healthy mother with enough energy to keep up with them, to set a good example. I knew that I was responsible for taking care of my body and that there is so much in life that I wanted to do and achieve, yet my state had kept me all this time from taking charge.