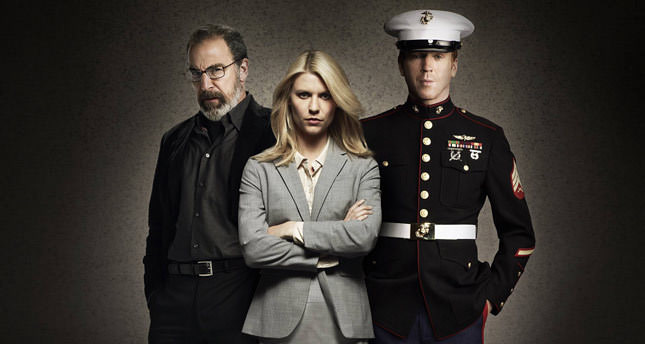 The American entertainment industry is often criticized for the distorted content of their productions and the way it uses films and TV series as a propaganda tool. ‘Homeland’ and ‘Last Resort’ are the latest examples that present inaccurate portrayals about other states and their policies

A giant submarine approaches a tiny island in the middle of the ocean. This black submarine, which can sail for months without returning to port, casts its anchor in the vast blue sea just like a black monster emerging from the water. What is this high-tech nuclear submarine doing around a small island with the technology that can support a laboratory and observe the island's plant species as well as an observatory? The captain of the submarine who has been ordered to deliver a nuclear missile to Pakistan defies orders and reroutes the submarine to the ocean. In his own words, he does not want to be responsible for the deaths of millions of people simply by pressing a button. Thankfully, I am not talking about a real incident, but an American TV series called "Last Resort," which aired for one season.

The U.S's standpoint against Pakistan is very interesting, as it can be radically seen in films, articles and news. It is almost similar to the picture that they drew for Iran once upon a time, depicting war, conflict, explosions and chaos everywhere. People who traveled anxiously to Iran because of these images and news generally came back admiring the country. After living in Tehran for a while, one of my friends said, "The statement 'do not let Turkey be the next Iran' is ridiculous. Seeing so many pleasant things here, sometimes I hope that Iran will not be like Turkey in the future," and also discussed his prejudices about the country before traveling there. But where do these prejudices come from? There is no need to think too hard - these ideas come from the American film industry.

The award-winning American TV series "Homeland," which has been aired since 2011, focused on Pakistan during its last season and employed the same point of view. The leading female character, Carrie Matthison, becomes the chief of the CIA's Islamabad station. Her predecessor, Sandy, is uncovered by the Taliban and is pointed to as being the person responsible for the attacks. He creates a secret informant network that is even unknown to the CIA's headquarters in Langley, Virginia, but he becomes the victim of his network when he experiences a conflict of interest. Carrie has an important mission in Pakistan, which is to capture Hakkani, the Taliban's top man. Carrie fails to capture him after various attempts and also loses an important hostage due to Langley's poor management as well as the American intelligence traitors who leak information to the Pakistani intelligence community. Moreover, the U.S. and CIA temporarily suspend all diplomatic relationships with Pakistan following an attack on the U.S. Embassy.

However, in the series, there is another reason behind this decision: Pakistani intelligence collaborates with the Taliban. The Pakistani government does not pay much attention when the U.S. Embassy is attacked and does not warn American officials, even though they have information on the attack, simply to buy more time for Hakkani to escape. In an American TV series, this is the reason that causes the U.S. to withdraw from a country. So, let's talk about the world of the realities.

In December, the Taliban attacked a school in Pakistan and killed 135 people, including 89 children, and injured more than 100. The latest school attack by the Taliban was the deadliest attack by the terrorist organization so far. Those who survived the attack have been traumatized, and mothers are afraid to send their children to school. Why did the Taliban launch this attack? They claim that the Pakistani government collaborates with Western powers and organizes attacks against the Taliban. In other words, the reason behind this bloody attack is the government's collaboration with the West.

On the one hand, in a fictional universe there is the Pakistani government that collaborates with the Taliban to attack the U.S. Embassy; on the other hand, in real life, there are children who are killed by the Taliban on the grounds that the Pakistani government organizes attacks in collaboration with Western powers. Here is the difference between fiction and reality for the U.S.