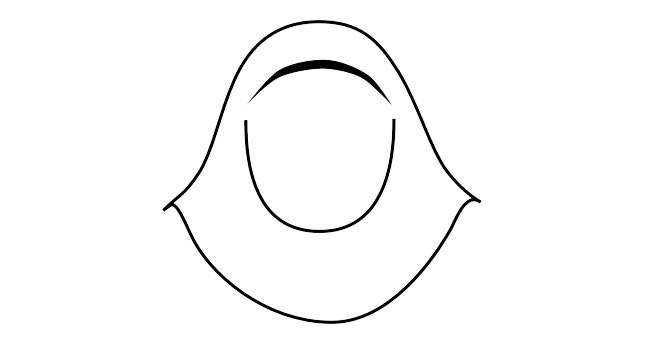 The hijab is more than just a piece of cloth. According to many people, it can change the way you perceive the world and the way the world perceives you. Take the chance and put on hijab for World Hijab Day

This Sunday is the third annual World Hijab Day. Three years ago Nazma Khan instituted this day to ask women who do not normally wear the hijab to "try it for a day." Everyone, Christian, Jew or Pagan, is asked to don the hijab for one day so that they can "walk in Muslim women's shoes." The idea of establishing World Hijab Day came to Khan, a New York resident, after some negative experiences post 9/11. Her hope is that this idea will encourage understanding and empathy as well as helping overcome stereotypes associated with the hijab. It is also an opportunity for women who wear hijab to express how they feel and explain why they wear it.

Reading from the World Hijab Day website provides some interesting insights into what putting on a simple piece of cloth for one day can change, how it can help foster understanding and change the perspective of people about this simple way of dressing.

Kaily Foulks, a Buddhist from the U.S. writes: "It takes so much strength and courage to cover yourself in places that aren't quite as loving and open to faith. Although I am happy with my current faith, I have gained so much respect for Islam and am applying bits of it to my life because of the experience."

Biank Veilleux, a non-Muslim from Canada writes: "People were respecting me so much more [with hijab on]. I felt like a new me … just the fact that a lot of people were so nice and treated me differently made me so happy! … The hijab makes you feel so much more powerful and great …"

Sinead Mercier from Ireland writes that after putting hijab on for a day she felt "that I understand better how women expressing their identity and self must be respected and supported rather than seen as helpless victims of oppression or a target for violence. I'm grateful to Hijab Day for allowing me to see the hijab for what it is – not a threat, not a tool of oppression – but a reflection of care for others, a love of one's culture and sense of belonging. There is great beauty in seeking to live your life along guidelines of dignity, love and kindness to others and World Hijab Day's promise of 'Better Awareness. Greater Understanding. Peaceful World' certainly reflects that."

So, deciding to get on the bandwagon, I put my Facebook page to work, asking people to share their feelings and experiences of the hijab. I got a number of responses.

One friend, who used to wear hijab when in Turkey but now has taken it off, said that for her the hijab meant control over her body; "her body, her choice", as well as control over her spirituality "her faith, her choice." But living in a small town in America, she said that choices over what she controls in her life have been taken away from her, as she does not trust the community around her.

Another American Muslim friend said that she had "been on both sides of the hijab debate but it essentially comes down to safety ….. I do not feel safe wearing hijab here in the U.S."

A Turkish friend said that it is part of her religion, and that it means that she belongs to a Muslim community in which she feels safe. It makes her feel that she is not viewed as the property of another, but rather as an individual.

Another friend in Turkey shared that she feels the hijab is important even though she does not wear it, as it is the expression of a freedom of choice. It is ultimate freedom to choose to wear it or not. Discrimination that makes one put it on or take it off is not acceptable and all people should have the same freedom of choice.

A friend who is Muslim living in the U.K. said: "Having grown up in the Western world without a religious grounding, at the root of wearing hijab for me is the daily reaffirmation of faith, of the path I made, the conscious decision to walk down when I accepted Islam. It's a reminder during daily life of the morals, ethics, actions you try to adhere to … it also makes it easier to connect, or not, with those who are accepting of your life as a Muslim, be they themselves Muslim or otherwise …"

A Turkish university student shared this: "I was forced to take off my hijab at school, so I wore hijab and did not at the same time. It makes a huge difference to how people talked to me how … I got lost easier without my hijab, I was more vulnerable and also I was more scared. But the outside reasons came later. The fact that people are more interested in hearing my ideas and it takes them longer to judge me when I was without hijab aren't important. … My brothers and sisters know they can greet me and they know they can trust me and talk to me …. I know that I can do the same with them. I know God is with me, I know my 'ummah' is with me …"

Personally, the hijab is something that I love. I especially love it when I engage people who would not otherwise speak with a Muslim woman in conversation. It takes them a few seconds to readjust to the fact that you are speaking intelligently. I love chatting with people in shops in America or Britain and getting into conversations with them. You can see their brains recalibrating, but once they have, the conversations are usually pretty great, and much more interesting than conversations I had before starting to wear hijab.

The idea of asking women to put on a headscarf for a day is brilliant. Such a move means that others will learn to see the world through our eyes. As someone who has lived on both sides of the hijab, I can only say if you are a woman and you have the opportunity and inclination, try wearing hijab this Sunday. Go out, go to a restaurant, the cinema and see how people talk to you, react to you and see how you feel about yourself. It may not be easy – it may mean you have to dress slightly differently than you normally do. But it will change the way you perceive a number of things; this I can promise you. And maybe we will be a step closer to achieving the motto of World Hijab Day: "Better Awareness. Greater Understanding. Peaceful World."