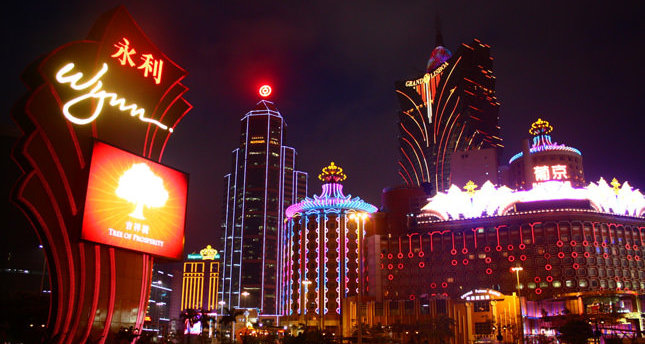 We all know how hard it can be to obtain a visa on short notice. Whether for a family holiday or a honeymoon, last minute vacations abroad can be a hassle with all the visa paperwork. If you’d like to enjoy the many beautiful countries that issue a visa on arrival for Turkish passport holders, keep reading

Especially since the beginning of the 2000s, the Turkish government has made great efforts to make bilateral visa proposals with other countries in order to provide visa-free travel. These efforts have given Turkish citizens the ability to visit numerous countries visa-free, especially in Africa, Asia and South America. Presented here are five popular destinations from five different regions that Turkish citizens can visit visa-free. Visa-free destinations often differ for all countries, so find which country is visa-free for you by checking: www.visamapper.com.

Macau, a former Portuguese colony, is one of two special administrative regions of the People's Republic of China. As Asia's well-known gambling mecca, Macau is where Chinese culture collides with exotic Portuguese architecture. The name of the city comes from the word "Magao," which was the shrine dedicated to the sacred sea goddess, Mazu. The appellation survived nearly 400 years as the Portuguese name for the land, until its official return as a special administrative region to the People's Republic of China on Dec. 20, 1999. Its unique blend of people, culture and history influences every aspect of life in this wonderful city. A walk around the beautiful peninsula will transport you into a world of traditional and modern fashion and styles, as well as one of tranquility and glamour. With its clean streets, beautiful gardens and picturesque, hilly landscape, Macau is the perfect place to visit when you don't want the hassle of a visa.

When visiting Macau, you must plan your budget carefully. The southern part of the peninsula, the New Reclaimed Area and the Outer Harbor Area, is a newly developed and ultra-modern district. Southern Macau includes many luxurious hotels that house numerous casinos. You can also discover many cultural and historical destinations in these areas, such as the Macau Wine Museum, the Grand Prix Museum and the Macau Art Museum.

The islands of Taipa and Coloane are two must-see places on your trip. Connected to the Macau peninsula by two bridges, the two islands feature tranquil natural wildlife and unspoiled beaches. Hac Sa Bay and Bamboo Bay are two breathtaking natural scenic areas that boast the best seaside spots.

Macau offers a wide range of delicious cuisines from all over the world, including Macau-style Portuguese cuisine, traditional Cantonese cuisine, as well as exotic food from Italy, France, Brazil, Japan and South Korea. The well-known Macau dim sum delicacies should not be missed. The Pasteis de Nata – a Portuguese-style egg tart – that originated on the outlying island of Coloane is also the city's featured snack.

Jamaica's blazing sunshine, pristine beaches and all-inclusive resorts may make the island seem like any other Caribbean destination, but its unique history and culture set it apart from the rest. While Jamaica is best known for its natural scenery, from the beaches and underwater coral reefs that surround the island, to the crystal-clear waterfalls of Ocho Rios, there is so much more to explore.

Here are only some of the opportunities available on your trip:

l Rafting in the small village of Martha Brae

Visiting Jamaica is best between October and December when temperatures stay in the upper 20s. You will also be able to find a decent hotel and affordable flight rates around this time of year, as well as during the summer season. However, this is when hurricane season is in full force, so take care!

Combining stunning jungles, palm-fringed beaches and an incredible array of wildlife in one package, Sri Lanka offers the perfect introduction to the Indian Subcontinent. With a documented history that spans over 3,000 years, you can witness the marks left on the island by Indians, Portuguese, Dutch and British, which makes for a delightful mish-mash of historic architecture. The romantic remains of lost cities lie scattered across the country, some preserved as visitor attractions, and others hidden and forgotten in the depths of the jungle. One of Sri Lanka's greatest treasures is its biodiversity. Monkeys, leopards and thousands of colorful bird species occupy the central jungles, while the coastlines of the south are a haven for egg-laying turtles. Blue whales, flying fish and dolphins can be seen in the sea around Dondra Head, and giant flocks of pink flamingos gather in the wetlands of Bundala National Park. But it is the elephants that are the biggest attraction and a highlight for tourists. You can see them wild in Yala and Udawalawe National Parks, or visit the Pinnawala Elephant Orphanage to feed tiny newborn babies.

Morocco is a beautiful country where diverse languages, cultures, religions, ancient traditions and modern sensibilities create a heady mix. From the southern deserts and the Atlas Mountains to the wave-swept Atlantic coast, Morocco continues to draw travelers to increasingly sophisticated hotels and resorts.

Each area of Morocco has its own distinct character. The rocky spine of the Atlas Mountains divides Morocco in half, separating the endless, rolling dunes of the western Sahara in the south from the coastal cities of the north. Down the western coast of the country, you will find the famed city of Casablanca as well as Essaouira, with its stunning historic medina and the lively tourist beaches of Agadir. Inland lies cosmopolitan Fez, with its high-sided streets and a maze of stunning riads – traditional houses built around a central courtyard. Don't forget to explore the grandiose sprawl of Marrakech, a vibrant city that has been drawing visitors for centuries.

The blend of ancient and colonial architecture is what characterizes Morocco's main cities and makes them some of the most beautiful in the world. Moreover, Marrakech, Essaouira, Fez and Tetouan are all on UNESCO's World Heritage list. Archaeological marvels such as the two millennia-old ruins of Volubilis add to the country's appeal.

Whether you're adventuring in the Atlas Mountains, Camel trekking in the desert, soaking up the atmosphere in the souks, or simply relaxing on the beach, Morocco is an easy visit that can feel like a whole new world waiting to be explored.

Another breathtaking destination that can be traveled to without a visa is the gorgeous archipelago nation of Fiji. Consisting of more than 332 islands, Fiji is the perfect destination to live out your Robinson Crusoe fantasy. It is also a country that is a melting pot of cultures where East Indian, Polynesian, Melanesian, Chinese and European cultures collide to form a unique cultural medley.

While you're finalizing your Fiji travel plans, make sure you include some of the country's most populous islands, Viti Levu and Vanua Levu. Brimming with colorful attractions, awe inspiring scenery, friendly people and plenty of cultural and sporting activites for everyone, Fiji offers something for everyone. With English being a widely-spoken language, communication is a breeze. Don't miss sites such as: the Vuda Lookout, Tavuni Hill Fortification, Fiji Museum, Mamanuca Island and Yasawas Island.

Even though this country is a visa-free destination for Turkish citizens, it is important to find the right time to visit. From May to October, Fiji experiences its dry season with clearer water and cooler temperatures. Most tourists choose to visit Fiji during this time of year. November through April brings the rainy season. This means the hotels will be cheaper, so the price-conscious traveler who can tolerate a little rain might prefer to visit during this time. However, summer is the peak season for travelers in search of a tropical getaway.