A short life with a long list of achievements 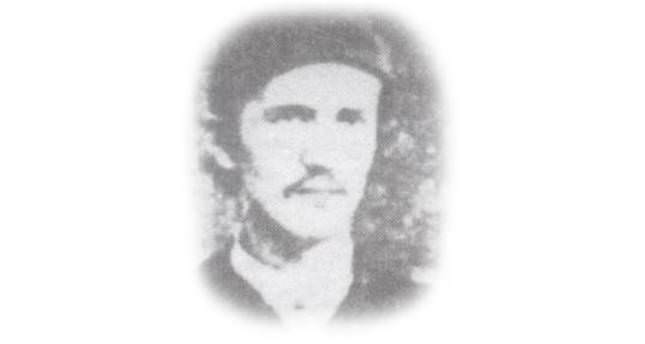 Despite dying at 28, Mehmed Sacir Kurtcehajic pioneered the field of journalism in Bosnia by establishing the region’s first private newspaper, Gülşen-i Saray, which printed both in Bosnian and Ottoman

Mehmed Sacir Kurtcehajic passed away in September 1872 when he was only 28-years-old, but not before becoming mayor of Sarajevo and publishing the newspaper Gülşen-i Saray (The Rose Garden of Sarajevo) for three-and-a-half years. This man was one of the young individuals who wanted the Ottoman Empire to claim its deserved place in the world. His great accomplishments undoubtedly contributed to that vision, and they continue to inspire journalists in Turkey and Bosnia and Herzegovina.

Born in Bijela Polje in present-day northwestern Montenegro on the border with Serbia, Kurtcehajic was the son of a prominent family of the region. After he worked as a government official in various positions, he settled in Sarajevo. When the governor of Bosnia, Topal Osman Pasha, took office, he decided to open a publishing house in order to counter the propaganda of Serbia and the Austro-Hungarian Empire in the Ottoman territories in the Balkans. Once Topal Osman Pasha received the necessary funding for the publishing house following a long wait, he put Ignjat Sopron in charge. Sopron was assigned to publish both the official journal of the state and a newspaper called Bosanski Vjestnik (Bosnian Journal). This newspaper, which was published in Bosnian using the Cyrillic alphabet as well as in Ottoman Turkish, mostly featured official news and articles.

Kurtcehajic overtook the management of the publishing house shortly after, and began to publish Gülşen-i Saray, which was the first private newspaper published both in Bosnian and Ottoman Turkish. Although Kurtcehajic's name was virtually unknown until recently, his fame has increased thanks to collaborative research projects focusing on the common history between Turkey and Bosnia and Herzegovina. Today, Bosnians living in Sandzak – a historical region divided by the border between Serbia and Montenegro – are proud that the very first Bosnian journalist was born there.

Located in Sarajevo, the Gazi Hüsrev Bey Library provides almost every published issue of Bosanski Vjestnik and Gülşen-i Saray to researchers. Moreover, researchers can access some of these issues at the Istanbul Beyazıt Library, as both weekly newspapers were also sent to Istanbul in order to keep the capital city updated on the latest news from the Balkans.

Salih Seyhan offers detailed insights into Kurtcehajic's newspaper in an academic article entitled "The first private Turkish newspaper during the Ottoman period in Bosnia and Herzegovina: Gülşen-i Saray." According to the article, Gülşen-i Saray occasionally faced subscriber and distribution problems, and sometimes shared these problems with the newspaper's readers. However, Kurtcehajic's primary concerns were about the education of society, the development of Bosnia through modern institutions and Bosnia becoming a harmonious community. The newspaper, which published 170 issues, released its last issue on July 13, 1872.

Although Gülşen-i Saray mostly focused on issues such as politics and education, it also provided a platform for stories that could draw people's attention to critical issues or current events in the region. For instance, the following is a story that can still create a smile: "According to news that was sent us by one of our trustworthy reporters, two people named Zeynel Ağa and Ali, who are responsible for Commander İzzetli Derviş Bey's farmhouse in Taşlıca, shot a bear during a hunting trip. Although the wounded bear wanted to attack the two men, it ran away in pain. Tracking the bear down, the two hunters ended up in a cave where they encountered seven wolves. They dealt with the wolves and continued their search for their wounded prey. Sometime later, the hunters came across a ditch filled with more wolves. Ali, who had killed the older wolves in the ditch, hid the wolf cubs he and his partner found inside his pants and reached a village called Kakmuj. As the villagers had never seen hunters who had killed 14 wolves and injured a bear in one day, their bravery and hunting talent evoked admiration among the locals."

The only surviving photograph of Kurtcehajic is part of the University of Graz's "Southeastern Europe Visual Archive" project in Austria. In the photo, the fez-wearing young man is confidently posing with his cane, and the picture was most probably taken when he was the mayor of Sarajevo.

Although he passed away at a very early age, this young and well-educated journalist of Bosnia and Herzegovina left a great legacy behind. For instance, Bosnian writer Safvet beg Basagic described the early death of Kurtcehajic as a great loss for the Bosnian people. Furthermore, Ottoman Turkish newspapers drawing inspiration from him, continued to publish after his death, even during the occupation by Austria-Hungary.

Studies conducted by scholar Genç Osman Geçer reveal that Turkish publications in Bosnia and Herzegovina continued after the Ottoman Empire lost its land in the Balkans. The Ottoman Turkish newspaper named Vatan began publishing seven years after Austro-Hungarian occupation. The newspaper caused a stir among the Bosnian people, and nearly 700 Bosnians subscribed to Vatan, which was published up to World War I.

Kurtcehajic, the young man who formed a bridge between the Ottoman Empire and Bosnia during the 19th century, continues to be a source of inspiration to Turkish and Bosnian journalists for forming new bridges and links between the two countries.