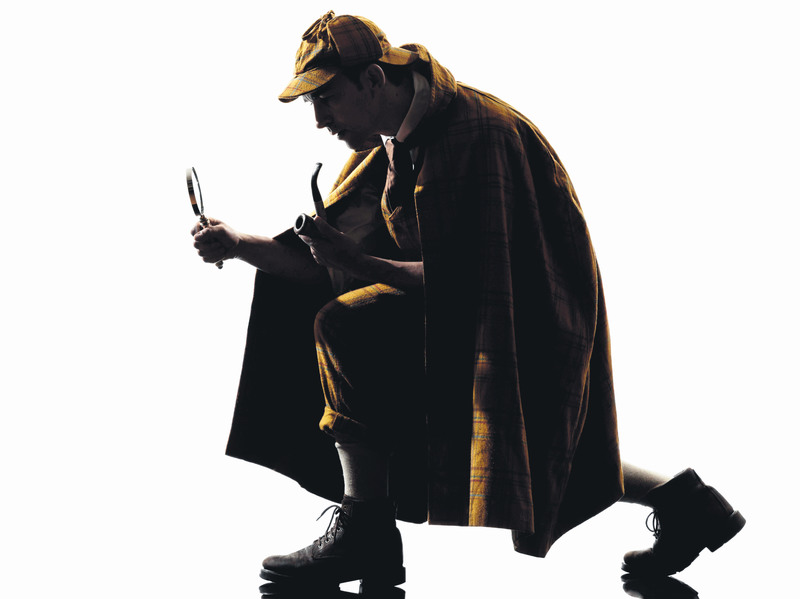 Our image of the private detective is usually depicted by Hollywood movies as a chain-smoking loner in a trench coat. However, that picture has changed in recent years. If you delve into Turkey's network of detectives-for-hire, you will find that there is more to this shadowy profession than meets the eye

Here's the scenario: A wealthy woman in Istanbul calls a private detective over a mind-boggling mystery. Intruders are potentially breaking into her house, causing Resat Topaloğlu, a 51-year-old veteran private eye, to start investigating. He found "weird" liquid materials in various parts of the house and on the woman's clothes in her wardrobe. But when the case was closed, it was the family's dog that emerged as the culprit rather than mysterious interlopers. This story is one of the more unusual cases that Topaloğlu – one of the oldest detectives in the business – has had in his career, which began in 1999 with just one partner. The image of the private detective is heavily influenced by Hollywood, where the investigator is usually depicted as a chain-smoking loner in a trench coat.

That picture has changed in recent years, however. Topaloğlu operates from an office in Bakirkoy with eight other detectives – all former officers in the police or military intelligence departments. Clients have changed throughout the years as well. Corporations – local or global – are coming to private detectives for a variety of reasons, including spying on their employees, finding stolen property or locating where counterfeit products are made.

A major Turkish truck company, a high-profile instant-coffee producer, high-end car distributors, shampoo makers and even governmental institutions are just some of the clients to be found in modern Turkish detective's customer portfolios.

In 2014, Topaloğlu's colleagues – working in pairs as usual from his InvesTurk private detective's office – started investigating the Turkish distributor of a German lock brand following a tip-off about counterfeiting.

"It was the company's own deputy CEO," Topaloğlu said. The executive was identified as the ringleader of the scam after a month-long investigation.

One fifth of corporations that apply for Topaloğlu's services are foreign, with a hike in the last five years as "Turkey is now more open to the world," said the investigator. "Our foreign customers usually want to gather more information about the market or seek an investigation into their partners in the country," Topaloğlu said.

Mehmet Uzuner, who runs an investigations office in Istanbul, Ankara, İzmir and Antalya, has plotted a similar course since 2003 when he became a detective after earning a law degree and studying criminology in the U.K.

Uzuner said that 10 years ago, almost all of their clients were divorcees who wanted to prove their suspicions and catch cheating husbands and wives.

"It is not all about domestic affairs anymore," Uzuner said.

He took on one case over a fleet of cars that disappeared after being leased in Istanbul three months ago.

After an investigation by his team, mostly consisting of former police or military men, the luxury cars "from one of the top brands in Europe" were found in Syria's Aleppo province, in a rebel-held region. "The hustlers wanted to sell it back at a lower price," Uzuner said, as the insurance company did not cover the cars' loss.

Despite the boom in business since the second half of the 2000s and their passion for their profession, there are still major problems for private detectives.

Turkey has no specific law regulating the affairs of private detectives, so it is fair to say that "only current laws and our ethical codes bind us," according to Uzuner, who is also head of Turkey's Private Detectives' Association.

"There is no mechanism to inspect me. Who will watch us? This is the biggest problem in this job. We act upon the existing law and our ethical code," he added.

Draft legislation submitted more than 20 years ago to resolve this grey area was turned down by then-president Süleyman Demirel, based on its inconsistency with other laws.

Corrupt investigators that abuse and blackmail customers create another problem for the sector. More than 20 victims of fraud each month appeal to Uzuner's association, he said. Unscrupulous detectives usually take fees upfront from women who want investigators to spy on their spouses over suspected cheating. Then the detective either blackmails the client by threatening to tell the spouse or secretly revealing to the cheating partner that they have been caught, forcing them to pay up.

Uzuner thinks a law could prevent rotten detectives from defrauding people and tarnishing the private investigation sector. Those corrupt detectives often also hint at their ability to use illegal information-gathering techniques such as wiretapping or using computer malware, which are felonies under Turkish law. If these detectives cannot access these purported techniques then they are also lying to their clients, according to Uzuner.

Topaloğlu also urges the authorities to fill the judicial vacuum since "not everybody can or should do this job." There are hundreds of private eyes that you can look up online, but both detectives interviewed by Anadolu Agency put the number of credible investigators in the sector at less than 10.

"The image of private detectives as only good for spying on significant others, in the eyes of politicians and reflected on media, is not helpful to our profession," Uzuner said. High-ranking officials and jet-set celebrities put their confidence in Turkish private eyes every day, Topaloğlu said. The image of the business is improving as Kocaeli University in western Turkey has offered classes to trainee investigators since 2007, and these students can obtain a private certificate in criminology and investigation. Moreover, trainees can be lectured by former senior security force members, according to Uzuner.

Despite all this, detectives are satisfied with their tough jobs and lives, feeling that they can recommend their profession to their children. "I have two sons and wish one of them will study law to take this profession even further," said Uzuner who, like Topaloğlu, enjoys his job.

They will continue to be asked for unusual requests from new clients – like those in Turkey who want to know who cast the "evil eye" on them. But reliable private detectives in Turkey are earning more every year and the face of their profession is changing for the positive.
Last Update: Mar 07, 2015 2:11 am
RELATED TOPICS